Have you ever had an oyster infused cocktail? Or a beef burger infused with oysters? Sounds bizarre right? Well it’s absolutely delicious and it’s on the menu throughout the whole month of August at the Morrison in Sydney. The Oyster festival is back for its 5th year and aims to showcase all the different types of oysters as well as what can be done with them. It’s a place where oyster enthusiasts and beginners come together to take pleasure in the best produce the sea has to offer. Guests were treated to fresh and beer battered oysters, oyster chowder and oyster omelettes, all washed down with Piper champagne and Talisker whiskey.

Culinary Director Chef Sean Connolly’s oyster speciality menu included oyster cocktails, shots and $1 Oyster Hour every night of August.  He said the best way to enjoy oysters was to chew twice, swallow and get all the goodness of the flavour. The favourite for me was the Sangrita which includes Don Julio Tequila, tomato, lemon juice and chilli sauce. Chef Connolly’s menu is designed to tantalise taste buds and includes dishes such as beer-battered oysters with mushy peas and a light Piper-Heidsieck Champagne, with pear, apple and citrus. The Red Snapper was one of the popular cocktails served with a smoked oyster. Other innovative items on the menu include ‘Chower and Fries’ which is a leek and oyster soup served with the Morrison’s signature duck fat chips. Another on the list was the egg omelette with fresh vegetables. 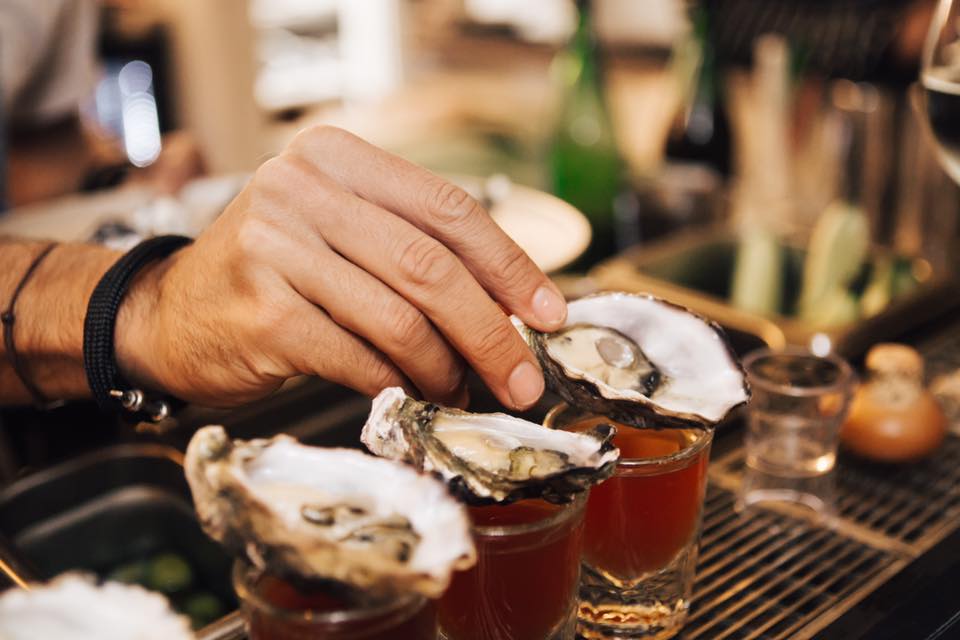 More than 20 types of oysters from across the nation will be on display, including the Pacific oyster, Sydney Rock oyster and Jurassic oyster. Sydney rock oysters, are soft and full of refined flavours with a subtle mineral finish, while the Pacific oysters are buttery and sweet.

-Rita
Rita Rizk is a Sydney-based journalist. She’s curious about the world, the biggest foodie alive, enjoys the outdoors, and loves music. She’s forever exploring the world. Find her on Instagram at @SydneyTasteBuds.

The Eternity of the World; Parts Missing – A Postmodern Masterpiece