Boozy Brunch is one of the best events in Melbourne. And now it’s finally in Sydney. The fantastic pop-up series combines amazing food in a top venue, with music, fashion — and always an amazing ‘I can’t believe this’ surprise to get things started, from Transformers to camels.

The Plus Ones team couldn’t wait for the first Sydney event at Pelicano, and the day surpassed our already sky-high expectations. 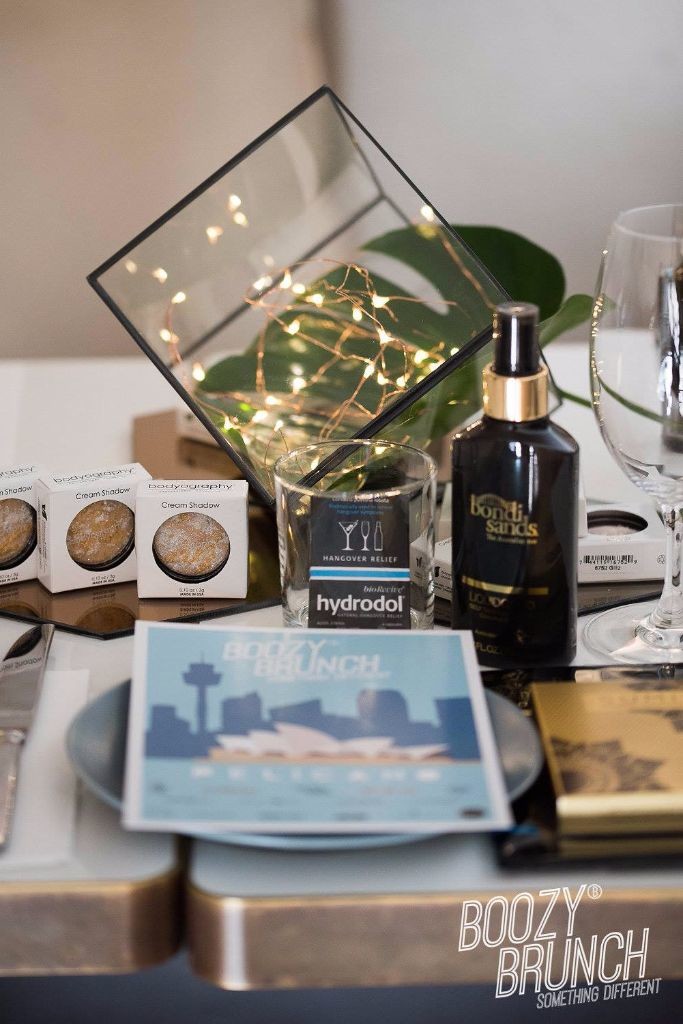 The brainchild of supercouple Mark and Maria John, Boozy Brunch launched in Melbourne three years ago. Since then, they’ve specialised in turning what could be a boring Sunday afternoon into something you’ll be talking about for months.

And yes, you might have to talk about it for months, since the BB team is strategic about when and where they pull out all the stops. This isn’t happening every weekend, people — and you find out about the events only from email invites, not a mere Facebook event. Boozy Brunch’s events are in such demand always sell out.

For the inaugural Sydney event, the Boozy Brunch team chose Pelicano in Double Bay. Bright sunshine added to the perfection of the day. Outside the restaurant, a French accordion player and a can-can dancer in a huge feathered hat added to the atmosphere. The Plus Ones’ Sydney Director, Ace, and I chose to start off with a Bubble Bay (G.H. Mumm champagne with elderflower and raspberry).

Also on offer throughout the afternoon: Mistwood in in Orange & Bitters and Grapefruit & Lime, along with a full selection of Jacob’s Creek, from Barose Rose to Cab Sav to Chardonnay, Asahi, and The Cider Lab’s Packham Pear and Royal Gala Apple. The Pelicano Martini (with Absolut Elyx, passionfruit, pomegranate and mint) was a standout. To say we didn’t lack for choice would be an understatement.

Inside Pelicano, guests sat at long tables and divvied up share plates of amazing food. The entrees were a hit: cucumber sarnies, maple-glazed bacon on mini french toast, and smashed avo with edamame on crackers. My fave had to be the bruschetta salmon cupcakes. Main courses alternated between beef tenderloin with gnocchi, sage, burnt butter and lemon; and yellowfin tuna, asparagus, pebre and cured yolk.

It’s not just about the amazing food at Boozy Brunch: it’s also about fashion, darling! We were treated to a fashion show featuring sass & bide, IRO Australia, and Ben Sherman. (With Kris Smith in the audience, models from THE.mgmt knew they’d need to be on point, and they were.) 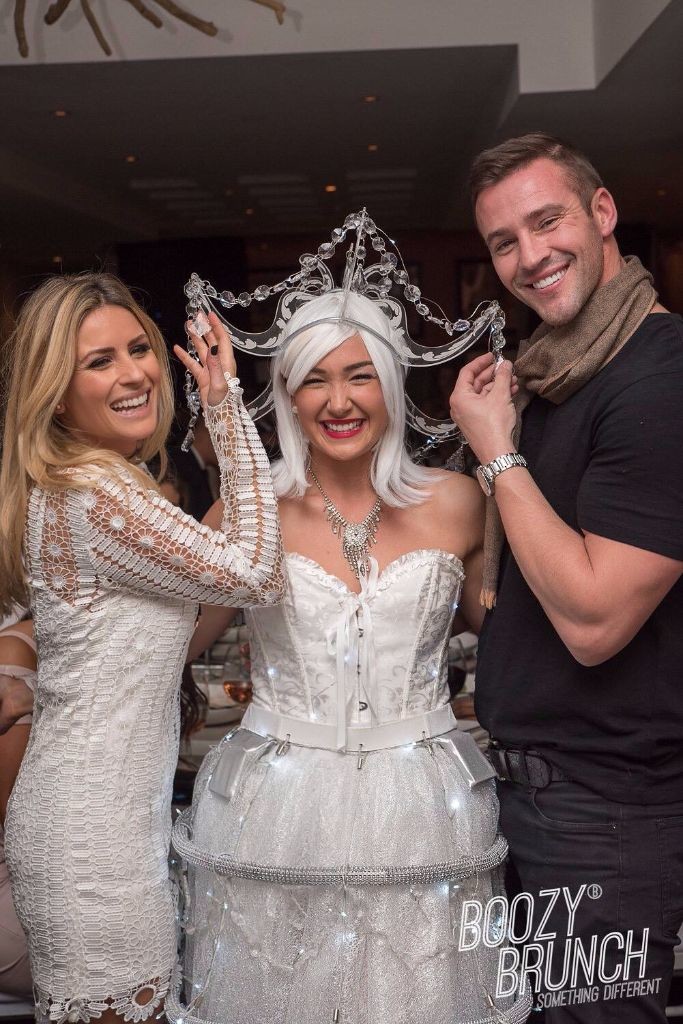 Gorgeous clothes on gorgeous models might have been enough for most event organisers, but not Boozy Brunch! The day also featured special guest vocalist Emerson Alexander and DJ Mark John himself on the decks. Add in a woman in a glowing white corset and tiara walking around the restaurant, combined with a performance by contortionist Lauren Skopalova. That’s the magic of Boozy Brunch: you never know what they’re going to come up with next.

Everyone attending the first Sydney Boozy Brunch was in high spirits. (The gifts from product sponsors Bondi Sands, Hydrodol, Sumita Cosmetics Australia and Bodyography didn’t hurt, either.) With an afternoon of food and fashion that turned into mingling and dancing, Ace and I left with huge smiles on our faces.

The Plus Ones Sydney team: Ace and Theresa

We can’t wait to see what the team comes up with for future Boozy Brunch events in Sydney. You know it’s going to be something amazing.

– Theresa
Co-founder of The Plus Ones, Theresa is an official Boozy Brunch addict. Follow her on Instagram for more adventures.

Disclosure: The Plus Ones were invited guests of Boozy Brunch.
Image credit: James McPherson Photography and Lucy Rose.