We stepped out of the wintery air and into an underground den straight out of the 1920s, where we were greeted by one of the many staff members roaming the floor in era-appropriate attire before getting cosy at a corner table. 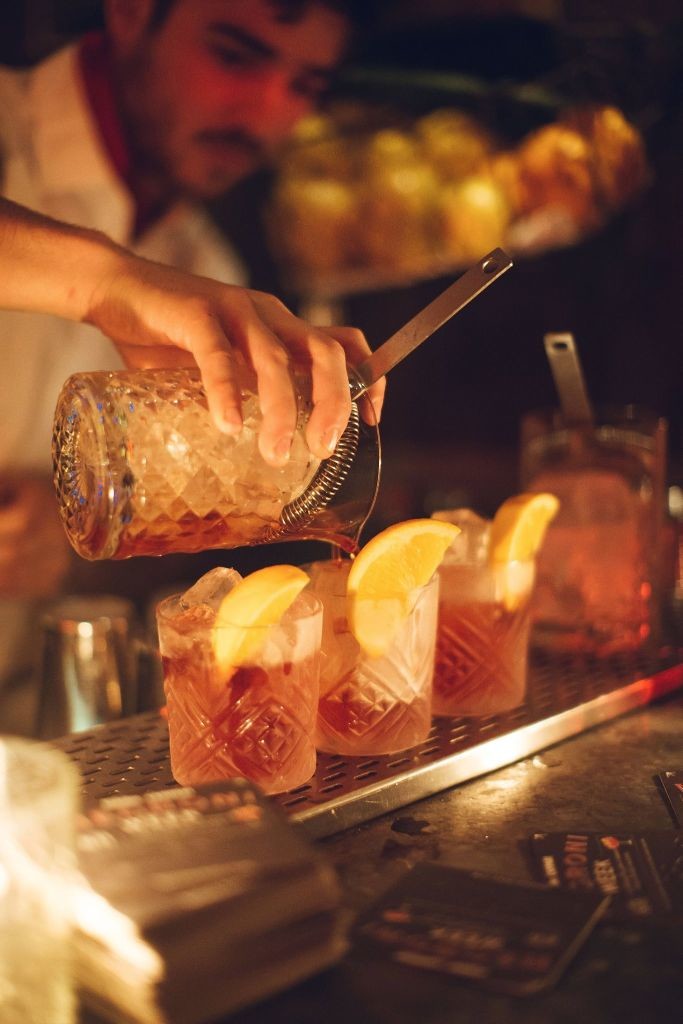 Three bars, each presenting their take on the Negroni. As the six-piece band did their thing in the background, a red-fringed flapper waitress brought us our ‘Charlie Parkers’. To our surprise, the recognisable Campari hue was absent. Our glasses were filled with clear liquid, and a single large ice cube dusted with reddish powder. The fragrance that came from the glass however, was instantly recognisable as a Negroni, with a crisp grapefruit-bitterness to it. Our flapper waitress explained that the Campari had been distilled to remove the colour, and the drink had been mixed with white vermouth and Beefeater Gin. The red powder was dehydrated Campari for an extra flavour kick and a hint of the Negroni’s signature colour. 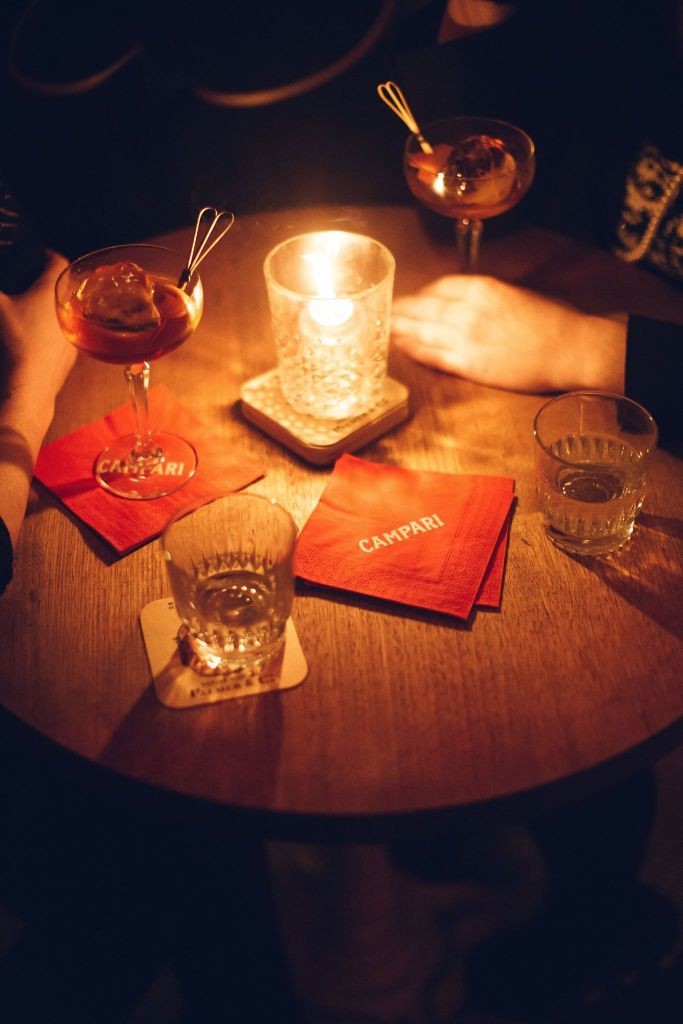 We decided to order one each of the other two next, so we could finish the night on our favourite one, and munched on the roving charcuterie while we waited. The ‘Cochineal Society’ was the offering by J&M. It came served in a tall glass with orange peel on a curled bamboo skewer. As I raised the glass to my lips, a floral aroma with a hint of orange blossom washed over me. The flavour however, was deeper, and contrasted with the lightness of the fragrance. J&M, it turned out, had smoked their Campari, and used Glenlivet whisky, vermouth, and earl grey. The surprising olfactory element came from them spraying the cocktail with gin before serving it. While the sensory contradiction was a very creative approach, the whiskey replacing the gin in the drink itself wasn’t quite to my taste.

Finally, we came to what turned out to be my personal favourite. ‘In Cider Trading’ by Palmer & Co. It came with a small paper envelope containing black and white photos which told the backstory of the supposed creator of the Negroni — an Italian count who made a mint on Wall Street through insider trading (hence the name), then escaped to Italy and lived the high life while the stock market crashed in the States. The drink itself tasted lighter than usual, maintaining depth of flavour while avoiding the cloying intensity that often accumulates on the palate when drinking a Negroni. One of the helpful staff explained that the lightness came from the drink being apple based. They’d created an apple cider syrup (made with Campari and cloves) as a base for the drink, and attached to the cup was a paper cone containing a piece of candied ginger. Having a nibble of the ginger added a sweet, burning dimension to the otherwise crisp drink, and being able to play with the two flavour profiles in a single beverage was exciting. 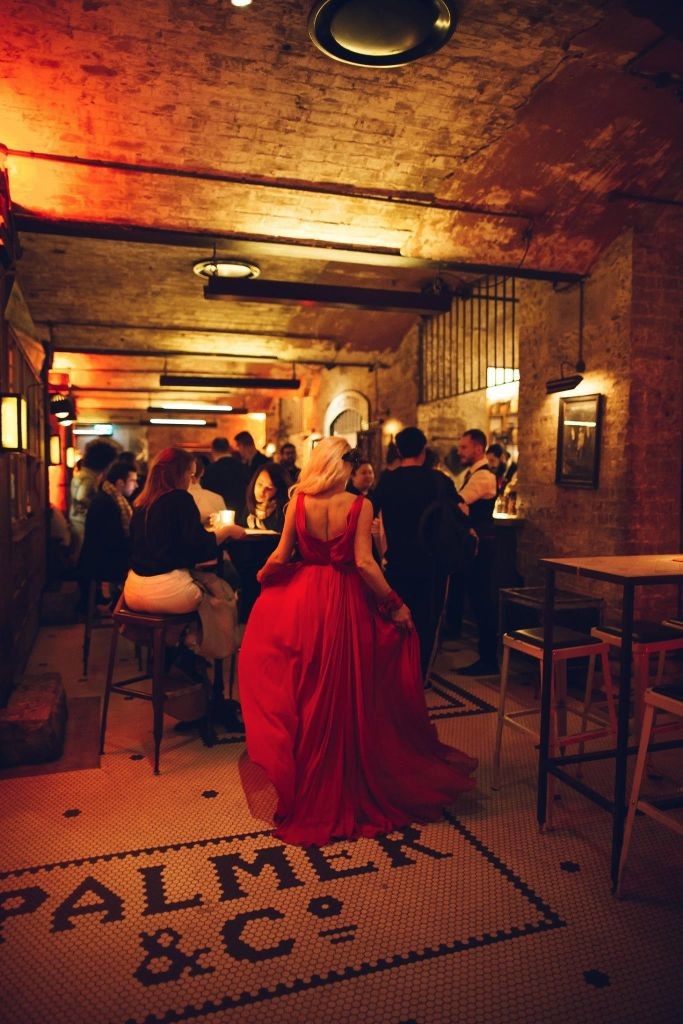 While the Negronis themselves were the focus of the evening, the other elements did not disappoint. Both male and female staff were in immaculate period dress, the six piece jazz band played with panache, and every now and then, swing dancers would spring out of the crowd for a number before melting back into the dimly lit alcoves.

– Liv
Liv S. is a creature of warm weather and negronis. Her interests include canapés, trying new things, and triple utterances. Follow her frolics on @callmememphisjones.

Disclaimer: The Plus Ones were invited guests of Merivale.
Photo credit: Merivale.

‘Elementary, my dear Watson’: The International Exhibition of Sherlock Holmes