Irish songstress Lisa Hannigan is no stranger to the Sydney Opera House. I’ve been lucky enough to see her on two previous occasions here: in 2013 when she opened for fellow Irishman Glen Hansard and in 2011 as part of the Nick Drake tribute, Way to Blue. The difference this time around is that she is the headline act. Hannigan performed two shows back-to-back as part of her VIVID Festival debut, showcasing material from the latest album At Swim.

Right from the outset, she had the crowd mesmerised with her elastic vocals on “Snow” and “Fall“. Switching effortlessly between mandolin and various guitars throughout the evening, Hannigan was wonderfully well supported by John Smith (guitars) and Ross Turner (drums). Smith, in particular, excelled with his own vocals on the duet, “O Sleep“. Other highlights included “Funeral Suit” (jokingly referred to as her ‘most romantic song’), “Undertow” (which she had to learn to sing backwards) and the most depressing of song titles, “Prayer for the Dying“, which was anything but. 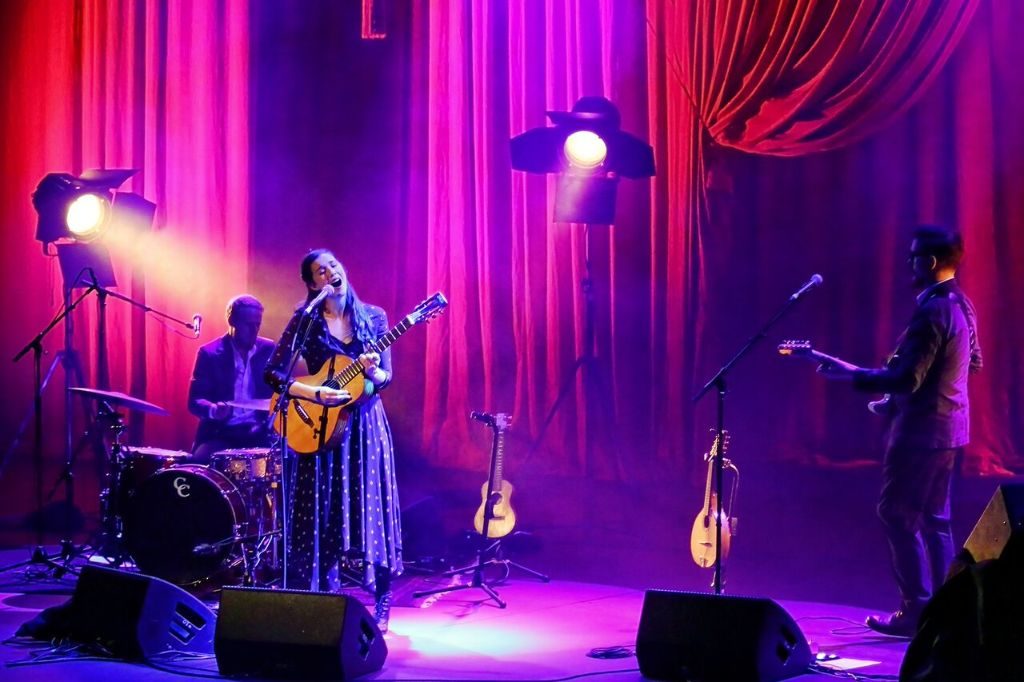 While the tempo remained similar for most of the night, this in no way detracted from the quality of the performance. Her vocals remained the centre of attention throughout, effortlessly hitting high notes and sustaining gorgeous melodies. Some humour was also thrown in for good measure: she dedicated both gigs to Ice Cube, a cute dog whose owner had to leave at home to attend the gig.

I was so entranced that by the time that she returned to perform an a capella of the Seamus Heaney poem, “Anahorish”, it seemed like the show was just getting started. I only wish I was able to stay the for the second show.

Hannigan has not been in a hurry these last few years, and the results speak for themselves. She is now a fully-formed artist with considerable poise and presence. Performances like this only serve to confirm her arrival.

– Khanh
Khanh grew up in Hoi An, a UNESCO Heritage listed village in Central Vietnam. He migrated with his family to Australia when he was 9. He is an academic, music lover, sports lover and a former table tennis (not ping-pong!) champion. Follow him Instagram on @ironandwhiskey.

Check out The Plus Ones’ guide to the best events at VIVID Sydney 2017.

Disclosure: The Plus Ones were invited guests of Sydney Opera House.
Image credit: Prudence Upton.

Hidden Sydney, The Glittering Mile: You find this ugly, I find it lovely.