World Class Cocktail Week is about to start its takeover of the best bars in Sydney from 7-13 May 2017. To kick things off properly, select media and socialites were invited to a launch party at one of the WCCW venues: Icebergs Dining Room & Bar. During World Class Cocktail Week, the iconic Bondi venue is offering a special menu paired with cocktails. We got a preview of what you can expect. (Hint: divine views and heavenly cocktails.)

The Icebergs X World Class Cocktail Week event features an Italian-themed menu with six dishes paired with cocktails. For starters — aka Spuntini and Assaggini — we dined on tuna on toast (its simple name belying how moreish it was), then marinated High Valley feta over beetroot and radicchio. Served up for Primi was organic Randall Family risotto with Crystal Bay prawns, sprinkled with nasturtium flowers. Carne saw us devour grilled boneless rib, with a large dollop of fermented chilli mustard to accompany the kipfler potato and olives alongside. All of them were so good I’m hard pressed to pick my favourite.

Pre Dolce and Dolci were delectable desserts: first, strawberry & mascarpone, then chocolate & quince crostata. Both disappeared down the hatch so quickly I barely had time to gaze out over Bondi Beach from the long dining room table. Each was better than the other.

I’ve saved the best till last: the cocktails. As you would expect from a World Class Cocktail Week event, they were unparallelled. We began with Don Julio Reposado tequila, which we alternated with sips of verdita-pineapple-mint-chilli juice.

During the appetizer portion of the event came the No. 231. Tanqueray gin Noilly Pratt Vermouth combined for a bright yellow drink that had a saffron-infused cocktail onion as a garnish. 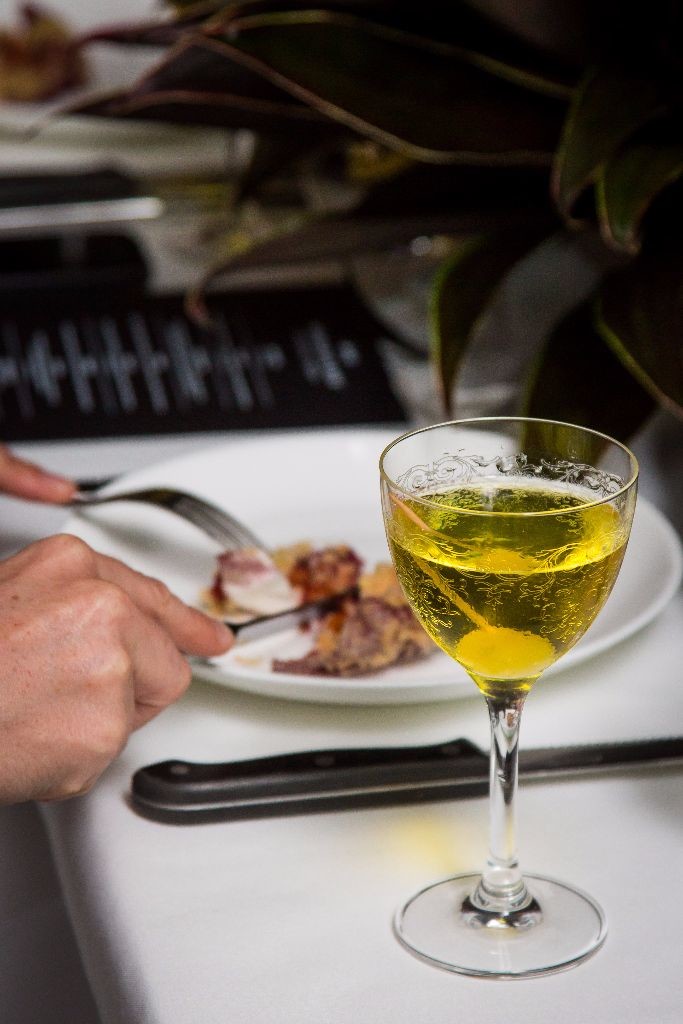 Bulleit Rye whisky was the next star. In the No. 564 cocktail, it was mixed with Don Benedictine, Carpano Antica Formula, La Fee Absinthe and Peychauds Bitters — plus cherries. This was, as you might expect, a strong and powerful drink best suited for sipping.

Lastly was my favourite. We were in the perfect spot at the end of the long table to watch our waiter pull up a cart and turn lemon sorbet into a Sgroppino cocktail. Adding dashes of prosecco and Ciroc vodka into a huge bowl of sorbet, the dessert quickly became a drink.

We raised our glasses and toasted to the best World Class Cocktail Week yet!

– Theresa
Co-founder of The Plus Ones, Theresa is hoping to hit at least half a dozen WCCW events this year.

Read our guide to more amazing events throughout the week.

Disclosure: The Plus Ones were invited guests of Example PR.
Image credit: Anna Kucera.