The stage play is based on the 1992 Warner Bros hit movie which starred Whitney Houston and Kevin Costner. The narrative of the film is basic and it is further shorn back for stage, so really there is no need to have seen the movie beforehand – you won’t be left guessing about the plot twists and turns. The stiff, monotone acting, not helped by mono-dimensional characterisation, well matches the simplistic storyline and actually appears to be deliberate. If the melodrama of slow motion choreography, booming soundtrack, strobe lighting and pyrotechnics is intended to be overdone in a self-aware, kitsch way (it has to be, surely!) then it is more funny than ridiculous. The band, chorus, costumes, sets and special effects are Las Vegas-grade. The intense heat from the flames can be felt half-way to the back of the theatre. You could say that the film is a musical thriller and the play a musical comedy, “so bad it’s good”.

Rachel Marron (Paulini) is a musical and cinematic superstar who has become the subject of a stalker’s obsessions and threats. The situation becomes so dangerous that her team calls in a former Secret Service agent to be her suave new bodyguard, Frank Farmer (Kip Gamblin). They are both initially reluctant and resentful, each expecting to be in control, but eventually chemistry does its’ work, romantic sparks fly and the two fall in love. 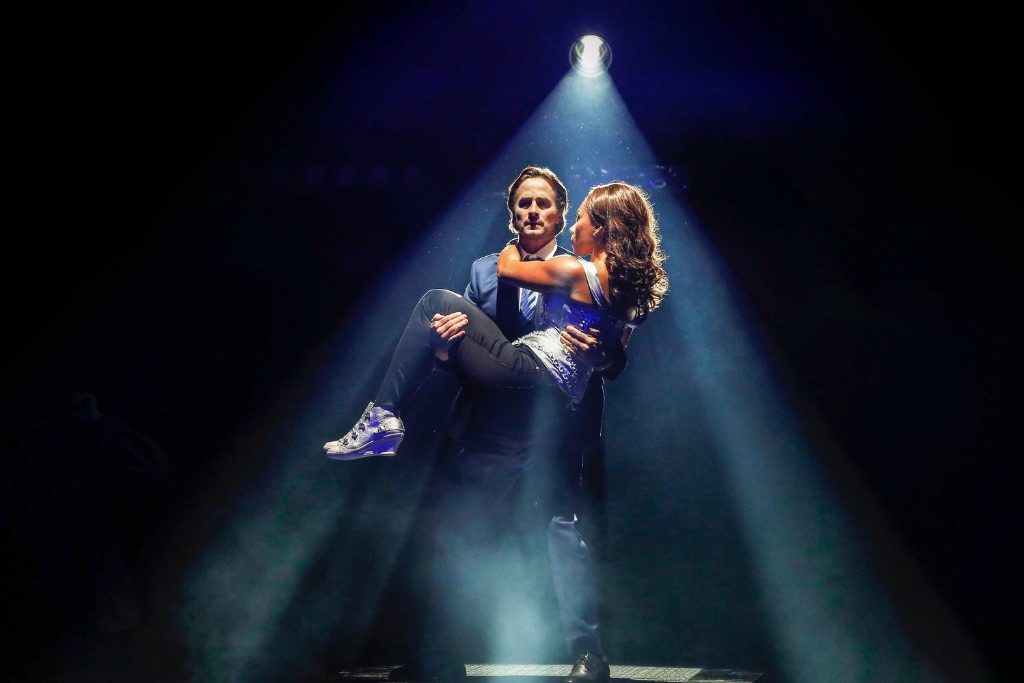 Leading The Bodyguard cast is the fabulous Paulini as Rachel Marron. As a dramatic actor, Paulini gives the role her all, let us say. But as a singer, she has an incredible vocal range and is a legitimate star in her own right. She belts out one after another of the infamously difficult, soaring ballads of the late mega star, Whitney Houston (which no one should ever be brave enough to take on in a karaoke bar). She does each one of them justice, carrying all the high notes for their full length, without faltering. The host of irresistible classics the audience gets to indulge in and fall in love with all over again includes: Saving all my Love, I have Nothing, One Moment in Time, Greatest Love of All and I Will Always Love You. The happy all-in, sing-along, dance-along finale, I Wanna Dance with Somebody, brings the entire audience to their feet.

Prinnie Stevens sings sweetly and is rather vivacious as Rachel’s talented but overlooked sister, Nicki, and one can’t help feeling sorry for her. A highlight of the evening is the duet by the sisters, where Prinnie’s voice has all the range and tremor of Paulini’s, if not the power. The musical suffers from lack of a strong male vocal as a foil for Paulini and Prinnie. In his first musical theatre role, Kip Gamblin, a talented actor and dancer who has for years been one of Australia’s favourite TV stars on “Neighbours”, does his best to bring the role of Frank the bodyguard to life, but this is no easy task. Rachel’s son Fletcher steals his scenes from the stars, as local Sydney boy Tyrese Medina, eight, displays the moves and vocals of a pre-teen Michael Jackson. The role of Fletcher will be rotated between four young actors for the duration of the show.

At the end of the day, The Bodyguard Musical is all about the music, and is really more a concert than a play. Judged on that basis, it is a resounding success. It is also a great feel-good, fun night out, in one of Sydney’s most beautiful venues, The Lyric Theatre. It is a musical comedy well worth experiencing and a show that the great megastar Miss Whitney Houston herself would be proud of. I think.

– June
June Tripp is a wife, mother and teacher, with a passion for music, theatre and writing.

The Bodyguard Musical runs until 2 July at the Sydney Lyric Theatre. Purchase tickets now.
The venue is accessible.

Disclaimer: The Plus Ones were invited guests of IP Publicity.
Image credit: Jeff Busby.

Sydney Comedy Festival: Carlo Ritchie – Cooking for No One