The Sydney Writers’ Festival, an annual event that draws together novelists, playwrights, lyricists, memoirists and artists working in a number of other cutting-edge literary disciplines, will take place this year from May 22-28.

The beating heart of the festival is Sydney’s Walsh Bay. Most events are hosted in the heritage wharves off Sydney Harbour, but the festival does stretch its fingers out through the rest of the Sydney, with certain events taking place at the Sydney Opera House, Town Hall and even The Blue Mountains.

The writers’ festival is a vibrant celebration of international and local literary culture, but with over 300 separate events taking place in a short time period, it’s easy to get overwhelmed.

Thankfully for you, The Plus Ones have narrowed things down. We’ve hand-selected our Top 5 picks for the 2017 Sydney Writers’ Festival. 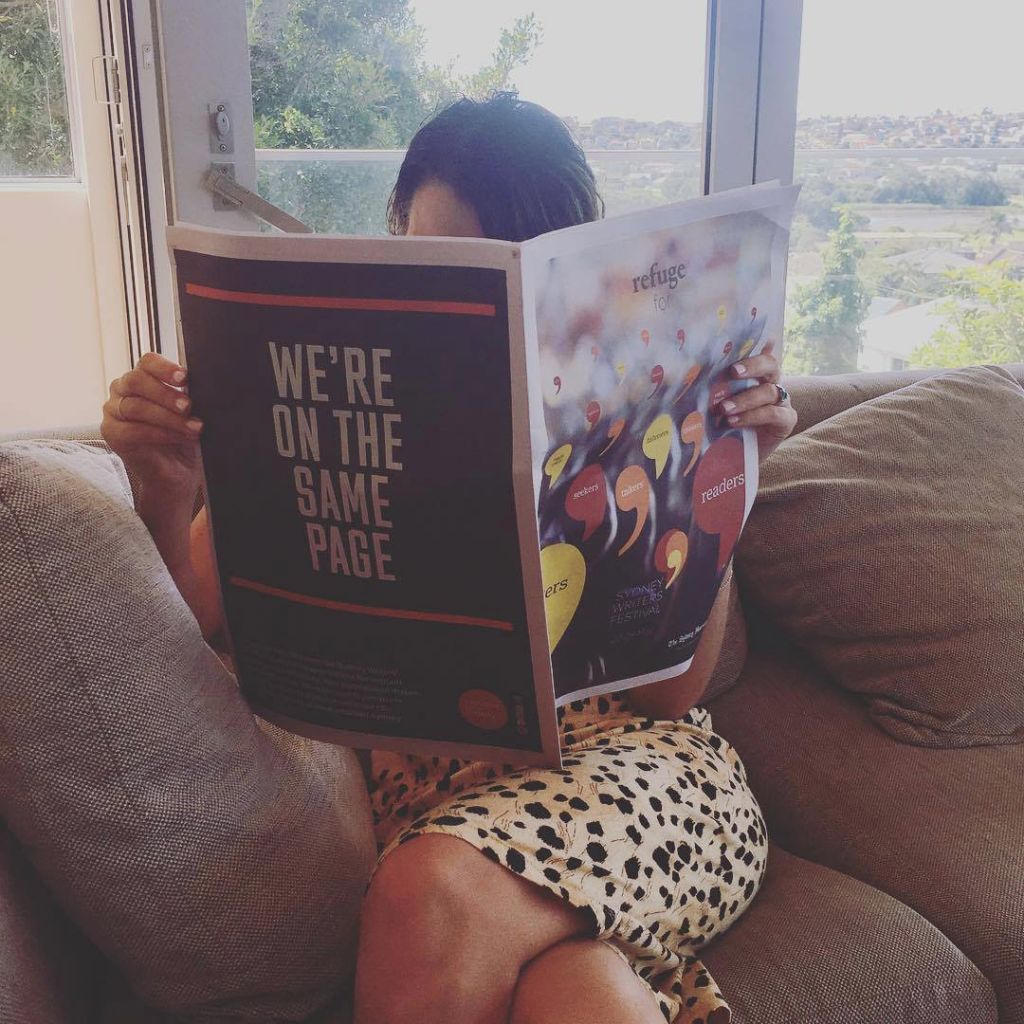 Colson Whitehead: The Underground Railroad
Colson Whitehead’s novel The Underground Railroad recently won the Pulitzer Prize and for good reason. It’s a highly emotive exploration of a secret network of safehouses that were used to usher runaway slaves to freedom and safety in mid-late 19th century America. The novel is not only thematically heavy, but experimental in terms of form and structure. Whitehead will be appearing in conversation with Pamela Paul, the editor of The New York Times Review of Books, for what promises to be a fascinating discussion of his work.

Live from Sydney: Slate’s Culture GabFest
Slate is a media juggernaut, an award-winning site that approaches a broad range of subject matter – politics, culture, news, technology and business — in a provocative, often humours manner. Slate’s Culture Gabfest is an incredible podcast, which involves three Slate critics — Stephen Metcalf, Julia Turner and Dana Stevens — dissecting the cultural offerings of the week, both high and lowbrow, with an infectious vigour. This edition of the podcast will be recorded live at Sydney’s Town Hall – the first time that the podcast has ever been recorded outside of North America. This is the perfect event for those who love to approach cultural debates and literary critiques with both depth and levity.

Roxanne Gay: Difficult Women
Roxanne Gay’s essay collection Bad Feminist tapped into a vein among women, young and old, who felt undue pressure to conform to a particular kind of feminism. Gay’s collection, witty and searingly intelligent at once, also drew widespread critical acclaim. At this year’s Sydney Writers’ Festival, she will be discussing a new collection of short fiction, Difficult Women, that also grapples with the complexities of how women’s gender identity is constructed and construed in light of dominant cultural narratives. This is one for anyone who identifies as a #nastywoman.

American Carnage
Donald Trump’s election in 2016 created shockwaves in a number of liberal communities. This panel event, featuring Pulitzer prize-winner Colson Whitehead, Slate editor-in-chief Julia Turner, novelist and journalist George Saunders, and The Guardian’s chief data editor, Mona Chalabi, promises to be a fascinating exploration of the issues surrounding Trump’s election. The focus will be evaluating Trump’s progress based on a comment he made during his election campaign – ‘This American carnage stops right here, right now’. Political pundits of all stripes won’t want to miss this discussion.

Closing Address: Susan Faludi
The Closing Address at the Sydney Writers’ Festival is always a stand-out in the program. This year it will be delivered by Susan Faludi, a Pulitzer prize-winning journalist. Faludi’s work often deals with dark and dangerous topics, including undercurrents of violence in contemporary society and terrorism. Her most recent work, In the Darkroom, was inspired by the revelation that her grandfather had undergone gender confirmation surgery and attempts to address questions about the extent to which identity is inherent vs socially sculpted. Her final address promises to end the 2017 Writers’ Festival on a thoughtful note – this is the perfect event for anyone looking to reflect on identity and literary culture generally.

The events on this list are all incredible and not to be missed. But they represent only a tiny percentage of the fabulous events at this year’s Sydney Writer’s Festival. Avoid FOMO by checking out the Sydney Writers’ Festival Program for any other events that might be up your alley!

The Sydney Writers’ Festival runs from May 22-28 at various locations around Sydney. Most venues are accessible. Purchase tickets today.

World Class Cocktail Week 2017: The Plus Ones’ Favourite Events