The premise is simple: Women read letters they’ve composed for a theme. Part staged reading, part storytelling night, Women of Letters’ format is so simple, yet so compelling, that they sell out almost every performance. Women of Letters took to the stage at the Sydney Opera House in the day-long All About Women Festival.

Since 2010, Women of Letters have consistently sold out their events in Melbourne. I should know – I’ve never managed to get a ticket to one. It took a move to Sydney to finally be able to attend a show.

For this edition of Women of Letters, the theme was ‘My Harmless Lie’. Showcasing famous authors, presenters, and international war reporters (really), the readers also appeared at different panels during All About Women.

Kicking things off, Clementine Ford read a letter about ‘My Harmless Mistake’, apologising for getting the theme slightly wrong. (This may have happened because Ford is a new mother, her baby in her arms during the show.) Her letter touched upon motherhood – and got a lot of laughs in the room from people I’m assuming were also mothers and fathers. (Yes, there were men in the audience. There’s also a Men of Letters series.) 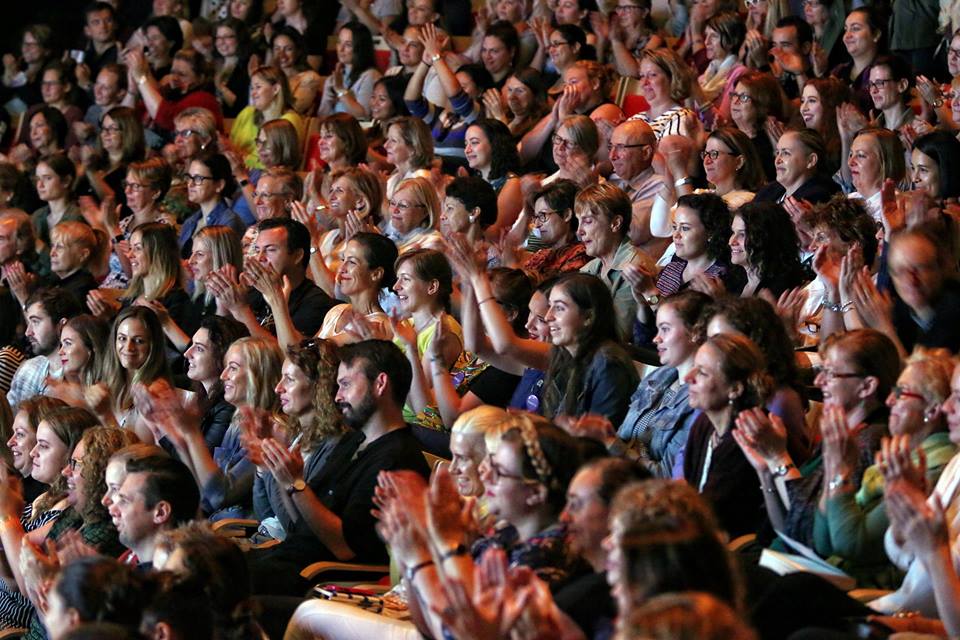 Jess Crispin, author of Why I’m Not A Feminist, read my favourite letter of the night. I’m a sucker for self-deprecating humour, which she has in spades, and semi-happy endings to semi-romantic stories.

Journalist Janine di Giovanni composed a letter about the so-called ‘harmless’ lies we say to ourselves. While most of us don’t go around saying ‘I’m not a good war reporter’, her letter admonished us to be nicer in our inner monologues.

Perhaps the funniest letter of the event was journalist May Fong’s. Her fictional letter was from a certain lady whose initial is ‘M’, to another, also ‘M’. (Hint: they both lived in a white house.)

Finishing the readings was Yassmin Abdel-Magied, whose poignant letter had only been finished the day before, as she revealed during the Q&A portion.

Running around an hour and a half, Women of Letters feels like it should go on for three. But that’s the magic of it all: the letters are short, leaving you wanting to learn more about the women who wrote them. Their pathos and humour make you reflect. And you may

Now, if we could just convince Women of Letters to do a monthly show in Sydney like they do in Melbourne and New York.

– Theresa
Co-founder of The Plus Ones, Theresa has plenty of postcards and stationery and now needs to buy some more stamps.

Disclosure: The Plus Ones were invited guests of Tiny Fox.
Image credit: Sydney Opera House.

Crimes of the Heart at Old Fitz Theatre