The autumnal skies of the day cleared, allowing a balmy evening to provide the backdrop for SKYY Vodka’s Cheers To Equality event. The Flinders Hotel, whether by chance or design, has the bar set as an island surrounded by floor space in varying dimensions. This setup can make the joint seem pumping without being too crowded — while still allowing for intimate conversations. SKYY Vodka didn’t need any tricks to make the place seem popular though. 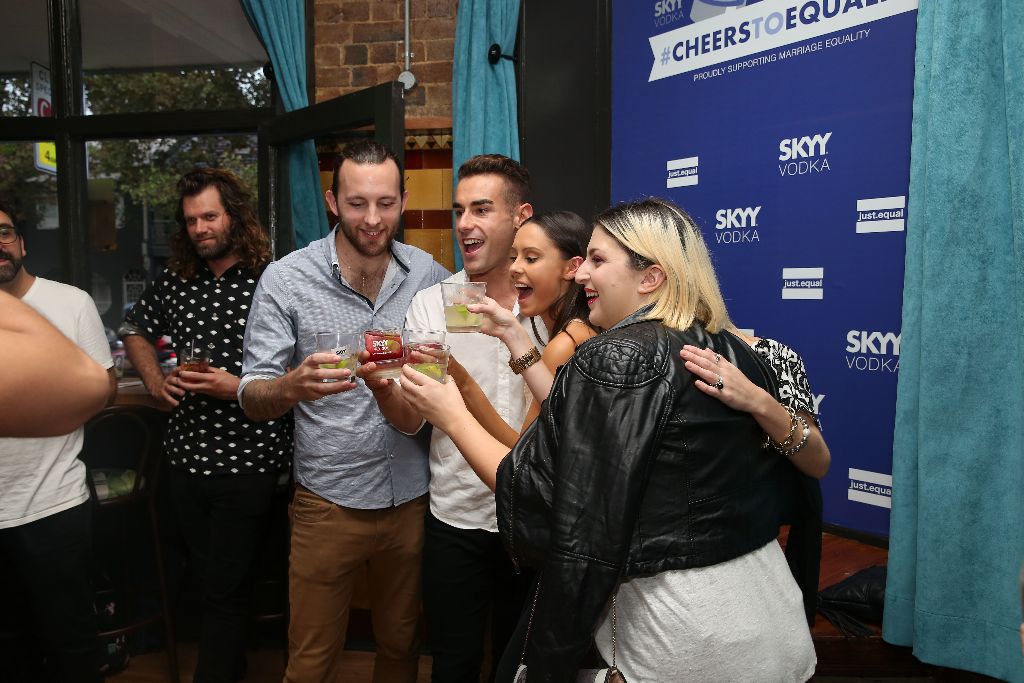 When we arrived, people were already choosing and sipping cocktails, and chatting animatedly. There was a DJ keeping the beats steady, and loud enough to be exciting but not so loud that people couldn’t hear each other. The SKYY Vodka Equality cocktail options were a SKYY Vodka Mule, and an Equal Parts by SKYY Vodka (vodka, soda, cranberry, lime). They were an easy $10 each with a dollar from each cocktail sold in the venue for the whole month being donated to just.equal to support marriage equality.

Soon after we got our drinks, the mysterious ‘new technology’ was rolled out. The secret technology was what appeared to be a plastic base put on the cocktail glasses. We stood in front of a camera and when we said cheers and clinked glasses, the pressure sensitive plastic thing snapped our photo, and automatically posted it to twitter with the hashtag #cheerstoequality. Our first photo featured a lovely brunette walking past the camera. Our second go was better, though my plus one had said he’d gaze at me adoringly while I looked at the camera. He didn’t. 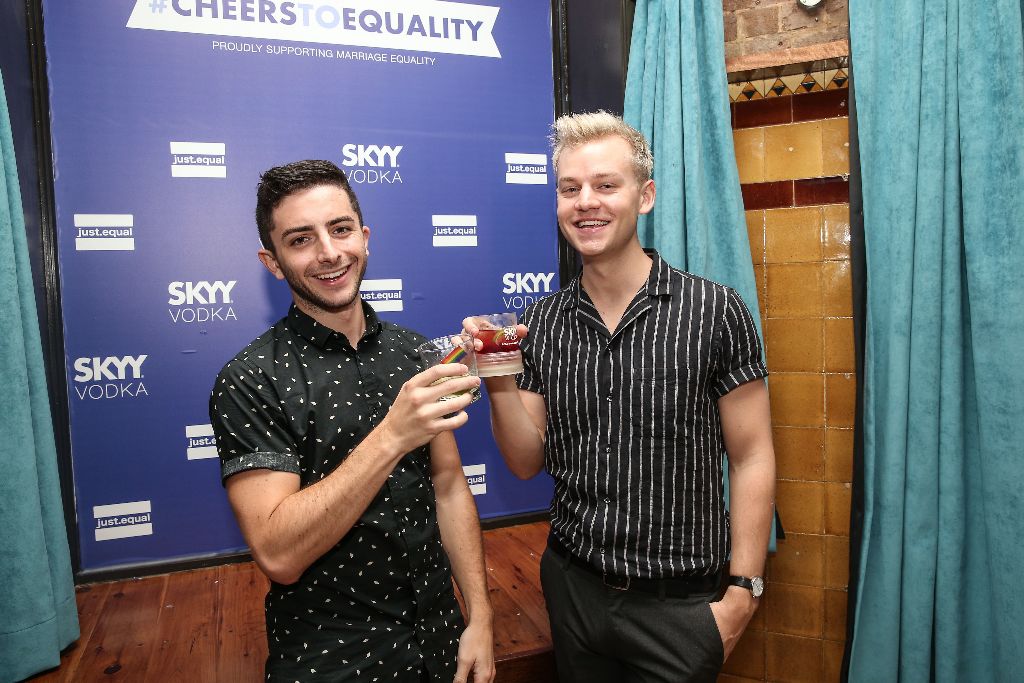 Other than my lack of photographically evidenced adoration, the event was smooth. The bar staff were friendly and got the crowd enthusiastic about the photos (not that they needed much prompting), and the canapés were plentiful and featured a deliciously tangy eggplant dip. Sharing the photo to your Instagram with the hashtag also meant you got your photo printed instantly.

It was warming to see such a mix of people turn up to support marriage equality. With mardi gras season upon us, hopefully we’ll all be able to say ‘I do’ soon.

– Liv
Liv S. is a creature of warm weather, negronis, and writing. She can usually be found elbow deep in a pile of chicken wings. Check out her musings @callmememphisjones.

Disclosure: The Plus Ones were invited guests of SKYY Vodka.
Image credit: SKYY Vodka.

WOMADelaide – The Plus Ones’ Guide