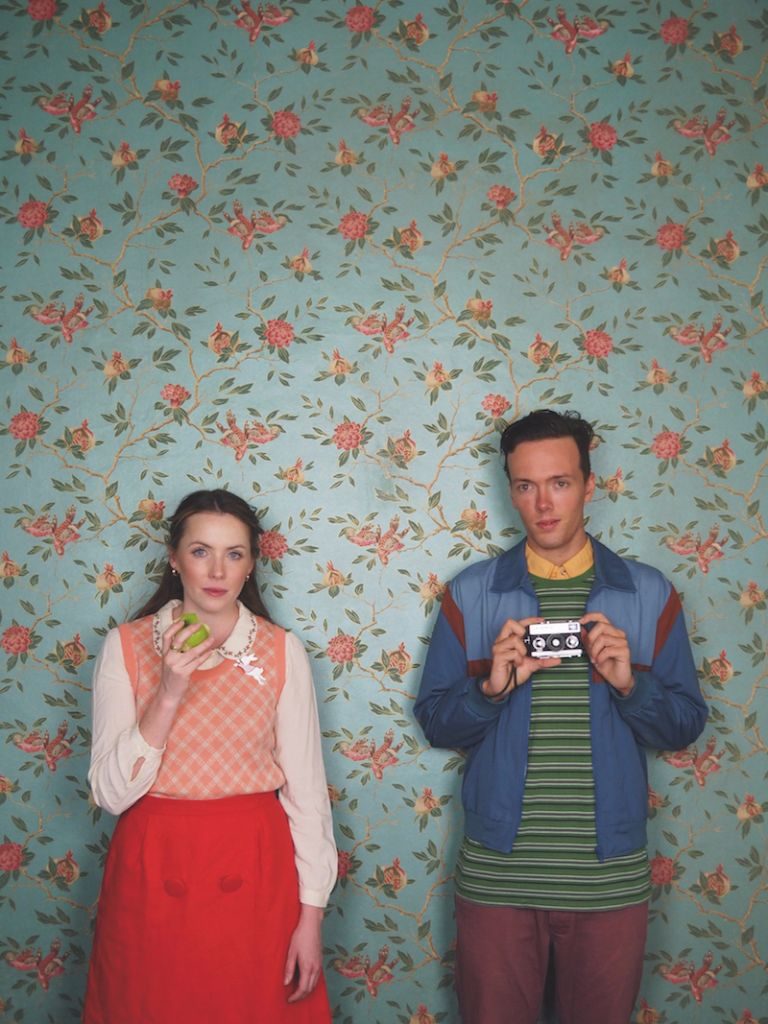 It’s a simple but complex scenario: country boy comes to London and the girl next door is on the precipice of depression. The two simultaneously tell their background stories as the audience becomes captivated by the two-person play. The stage is intimate and homely.

He’s awkward and she’s a mess. Cute…right? Next come the tears, I was on the verge of crying at one point and so was my plus one. There’s a scene where Jonah (played by James Raggatt) does a romantic gesture that reminds Sophie (Charlotte Hazzard) of her dad. It was very emotional for us in this tale of lost souls. As this story of two unfolds it becomes a surreal reminder of what fate could be. It definitely pulled my heartstrings for a bit.

Jonah is the perfect male lead character and everything you wish for — he’s a bit of a stalker, but he comes off cute and caring. Sophie is your lost gal trying to find a purpose in life and a likeness to being watched.

The stage is a 360-degree prop-filled wonder that keeps you guessing what’s next. The sound was subtle but it fits well. Phil Porter’s play is intricately constructed and executed so well I’d see it again.

BLINK is brilliant and just makes you want to believe in true love all over again. But love is what you want it to be.

– Kevin
Kevin Rodrigueza is a 21-year-old theatre enthusiast and lover of burgers and beer. Follow his adventures at @kevinr___.

Disclaimer: The Plus Ones were invited guests of KABUKU PR.
Image credit: