It’s an intriguing title: I Hate You My Mother. Theatre company Redline Productions performs this play at the Old Fitz Theatre in Woolloomooloo. It’s the first of twelve new Australian works this year in honour of the theatre’s 20th anniversary.

And what a theatre it is. If you’ve not been, you’re in for a treat. The Old Fitz Theatre is inside the Old Fitz Pub — ‘old’ being an operative word here. With three stories of small rooms, woodwork, and several bars, I encourage you to get there early for a pre-show tipple before you descend the stairs to the small black-box theatre. 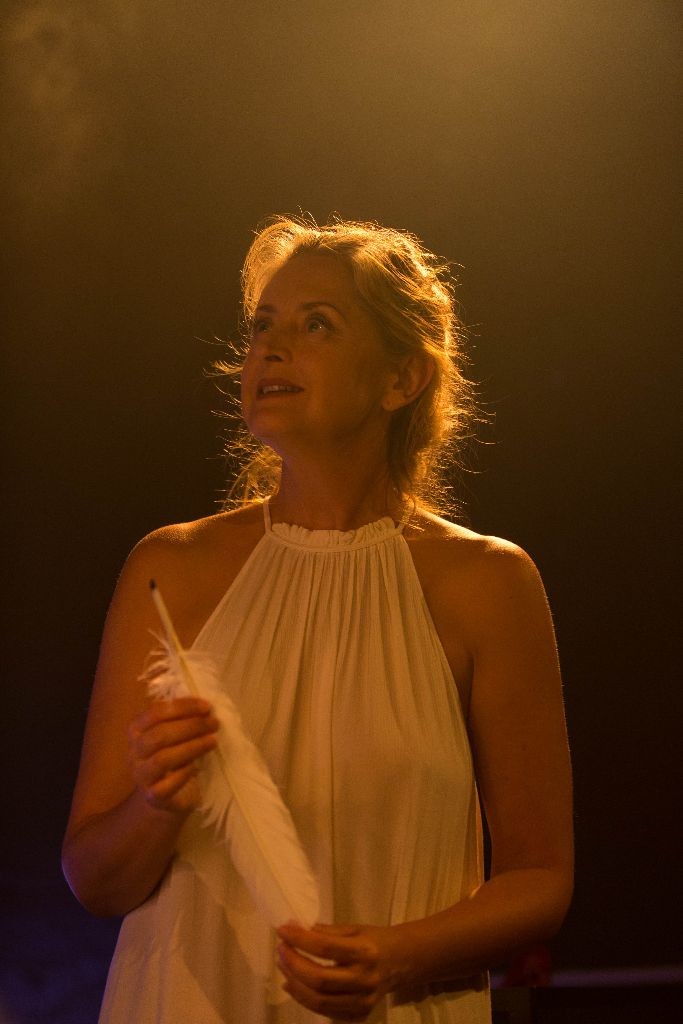 You may need a drink to steady your nerves: the themes of I Hate You My Mother are often dark. It’s penned by Jeannette Cronin, who also stars in this two-person play along with Norwegian actor Simon Glømmen Bostad. The plot loosely traces the descendants of an incestuous relationship between a bishop and his illegitimate daughter, switching between five plots that are interwoven by allusions to some of the women having inherited webbed feet.

It’s unclear whether the women in each scene are supposed to be related, but  my plus one and I were too wrapped up in the play to care. It’s performed on a minimal set comprised only of black chairs and tables and florescent lights (thanks to Set and Costume Designer Tyler Hawkins and Lighting Designer Martin Kinnane).

Cronin and Glømmen Bostad portray at various times a patient/therapist in the opening scene; the aforementioned 16th-c. bishop and his former lover, Lady Makepeace; Irish caretaker Brendan and the older Gayleen; and Tamora-Sue and the cop who’s interrogating her in a Southern U.S. jail. The scenes alternate, growing shorter throughout the play. If this all sounds complex, it’s really not. It’s easy to follow along, even as you recoil at some of the characters’ behaviours and stories.

Allow yourself to be put under the spell of the fine acting and voicework. It’s rare to see two actors equally matched, but neither Cronin nor Glømmen Bostad outshines the other. My plus one was in awe, calling their acting ‘superb’.

The themes they present — incest, child abuse — are dark, but once you the lighting comes up you won’t spend the rest of the evening in a horror-filled daze. You’ll instead remember being mesmerised by I Hate You My Mother.

– Theresa
Co-founder of The Plus Ones, Theresa enjoys supporting independent theatre.

Disclosure: The Plus Ones were invited guests of Redline Theatre.
Image credit: Rupert Reid.

culture Main Slider
I Hate You My Mother Old Fitz Pub Old Fitz Theatre play Redline Productions. Woolloomooloo Sydney The Plus Ones The Plus Ones Sydney theatre