‘Welcome, welcome!’ We were greeted by a ridiculously pink eccentric character that popped out from the mayor’s house as my partner and I walked off the red carpet. Effie Trinket continued doling out her usual lovely Capitol banter on us before the District 12 escort arrived.

A year after the last movie, The Hunger Games: The Exhibition has finally arrived in Sydney, stirring the hearts of fans everywhere. 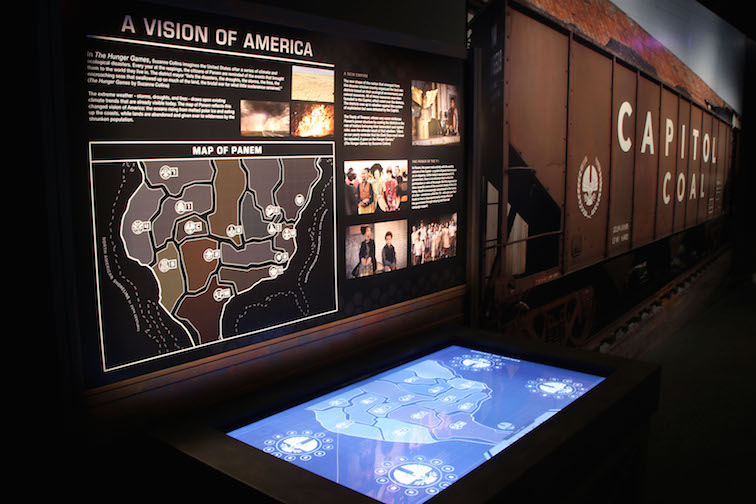 ‘The Hunger Games: The Exhibition’ is hosted at the new ICC Sydney — part of the 20-hectare, $1.5 billion redevelopment of Darling Harbour. Only a 10-minute walk from the CBD or Barangaroo, the new exhibition and convention centre opened just a few weeks ago and is already hosting world-class exhibits.

Casual fans can enjoy divulging in behind-the-scenes knowledge about sets, costumes, and elements of the story from the movie. Hardcore fans will relish the opportunity to see original items of the movie up close and personal.

Midway through the exhibition, we both began studiously lifting and reading flaps about plants both in the movie and real ones such as Katniss and Rue that make the names of a few characters. ‘That’s kinda cool’, my boyfriend says as we both read about Nightlock’s real-life links. 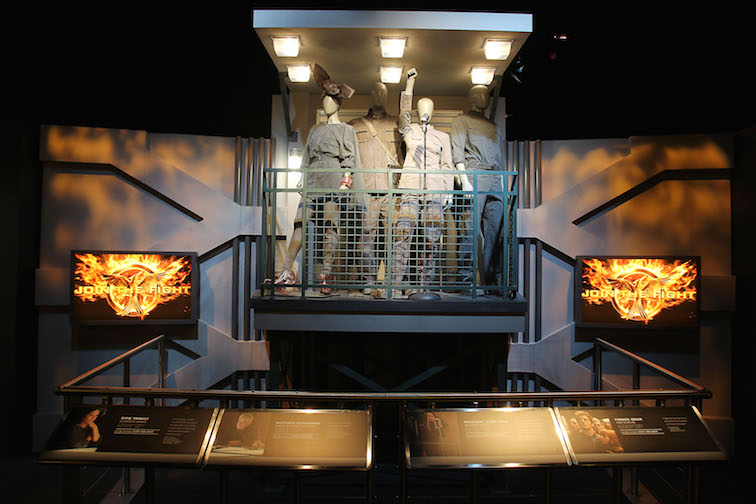 The Hunger Games is more than books and films; it explores our obsession with reality TV and how it numbs us to violence. Suzanne Collins’ idea for the book first began one day when she was switching between reality TV and media coverage on the war in Syria. The propaganda war coverage on television since Vietnam has increased viewers’ exposure to such sights, and, Collins fears, has possibly desensitized people to the reality of suffering that this violence causes.

Drawing inspiration from the Ancient Greek myth of the Minotaur, Collins is quoted as saying that, ‘The message is, mess with us and we’ll do something worse than kill you — we’ll kill your children’.

Whoever you are, the exhibition is a chance for you to relive the thrill of the games again. But it isn’t here long, when the exhibition leaves Sydney on the 4th of February.

So get in fast, and may the odds be ever in your favour.

– Jessica
Jessica Guttridge enjoys some of the good things in life as well as getting to share them with others. When she’s not covering events she is probably studying.

Disclaimer: The Plus Ones were the invited guests of EB Comms.
Photo credit: Marion Curtis/StarPix.