The 2017 Sydney Festival will be in its 14th year, and, like any good festival set in the Sydney summer, it will feature everything from burlesque to Canadian circus, from contemporary dance to Indigenous arts pieces.

Originally designed to draw visitors to Sydney in January, the festival is now of the country’s largest yearly cultural festivities. Here are 10 of our top picks of the best in the Sydney Festival.

Vernon Ah Kee – Not An Animal or a Plant
When: 7th January – 11th March, from 11am to 5pm
Where: National Art School Gallery
Cost: Free

Conceptual artist Vernon Ah Kee merges the history and language of Australian colonisation to highlight the ongoing racism in modern-day Australian society.  Using drawings, text-based installations, and three-dimensional works, Ah Kee’s solo exhibition offers a provocative insight into black and white political issues.  This will be even more poignant in 2017, the 50th anniversary of the 1967 referendum which amended the constitution to include Aboriginal people in the census and allow the Commonwealth to create laws for them. 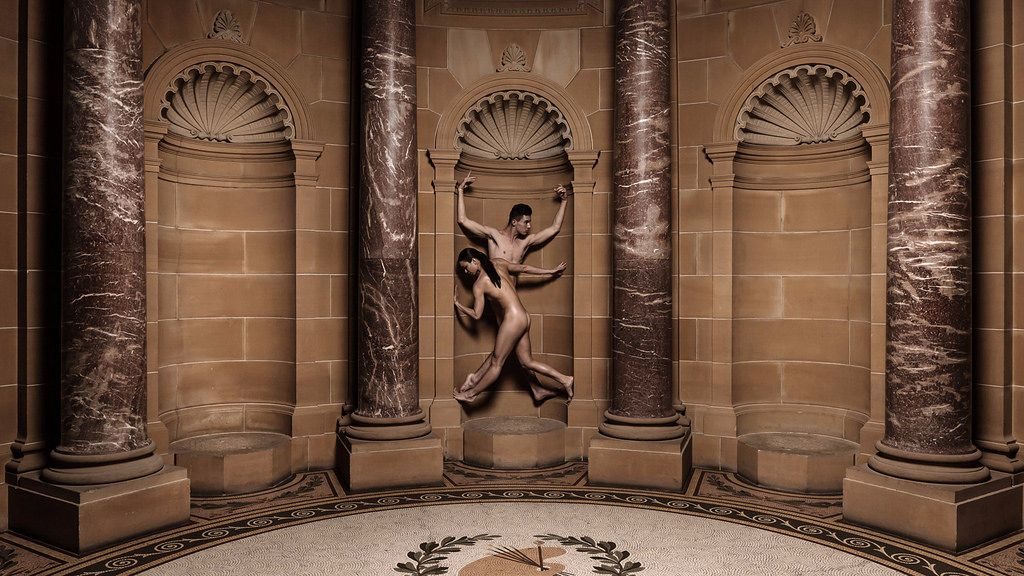 In this world premiere, dancers interact and respond to paintings, sculptures, and photographs to explore art’s greatest theme – the unclothed human body.  Dancers perform choreography by Rafael Bonachela whilst artwork includes pieces by Pablo Picasso and Henri Matisse.  This is a joint collaboration between Art Gallery of New South Wales, Sydney Dance Company and Sydney Festival.

Playwright Future D. Fidel fled the Congo as a child and was granted refugee status in Australia eight years later.  Prize Fighter is inspired by his experiences, as seen through the eyes of Isa, a promising young Congolese boxer. It’s been described as a combination of ‘engrossing storytelling paired with the visceral thrill of live boxing’, and has already received rave reviews.

Hakawatis were storytellers and problem-solvers, and in the Arabic tradition, they offered the most important form of entertainment, at least before the advent of television. The El-Phoenician restaurant hosts this ritual of storytelling and breaking bread through a series of dinners, with stories performed by actors Olivia Rose and Dorje Michael Swallow, and Sal Sharah.

Australian national Myuran Sukumaran’s execution in Indonesia for drug trafficking in 2015 led to an outcry of human rights and death penalty reforms.  His incarceration in Bali’s infamous Kerobokan jail led to him meeting Archibald Prize-winning artist Ben Quilty, who mentored and him until his death.  This exhibition presents Sukumaran’s artwork, a study into the mind of a man on death row, as well the works of other Australian artists such as Abdul-Rahman Abdullah, Safdar Ahmed, and Matthew Sleeth.

Starring Peta Brady, Sarah Ward and Nicci Wilks, this play explores what it’s like to be a girl we’re supposed to hate.  They’re the ones who wear too much lipstick, or none at all.  They’re the nasty girls and the angry girls.  Through the experiences of three women, the audience witness tragedy, heartbreak, and humour.

Champions
When: 17–22 January
Where: Carriageworks, Eveleigh
Cost: Tickets start from $37

This is where contemporary dance and soccer collide. Eleven female dancers recreate the passion of sports fans and the talents of elite performers to bring dance to the football field.  It’s adrenaline-fuelled and full of lively action. This also features commentary by Channel Seven sports presenter Mel McLaughlin, and was developed in consultation with staff and athletes from the Western Sydney Wanderers’ W-League.

The Encounter
When: 18-28 January
Where: Sydney Opera House
Cost: Tickets start from $77

Using the power of 3D audio technology, The Encounter is inspired by a National Geographic photographer’s 1969 encounter with a remote Brazilian tribe deep in the rainforest. Performer Richard Katz transports the audience to the Amazon jungle and entertains the audience through the use headphones and innovative sound design.  This is set to shake up people’s perceptions of time, communication, and imagination.

Ladies in Black
When: 3-22 January
Where: Sydney Lyric Theatre
Cost: Tickets start from $68

Ladies in Black is set to be as big as Priscilla, Queen of the Desert and is a uniquely Aussie stage production.  Set in Sydney in the 1950s, it tells the story of a young sales assistant who dreams of a life beyond her job in a department store.  This debut musical — based on Madeleine St John’s novel — from Tim Finn of Crowded House has already garnered rave reviews.

Nick Cave and the Bad Seeds
When: 20-21 January
Where: ICC Sydney Theatre
Cost: Tickets start from $103

Their albums have reached number one on the album charts six times and they’re known as rock and roll icons.  Nick Cave and the Bad Seeds grace Sydney once again with their blend of gothic, gospel music, and lyrics that stir the emotions.  Whether you’ve seen them before, or never had the pleasure, this is one event you won’t want to miss.

– Erica
Erica Enriquez-Clemente writes about whatever she can about whatever Sydney has going on.  When she’s not writing, she’s fallen asleep in front of the TV, because the latest episode of The Walking Dead had left her emotionally exhausted.  She’s on Instagram as @ee_clemente.

The Sydney Festival runs 7-29 January 2017. Visit www.sydneyfestival.org.au for more details and to purchase tickets.
Most venues are accessible.

Disclosure: The Plus Ones were invited guests of Articulate PR, Kabuku PR, and IP Publicity.
Image credit: Sydney Festival.