Complete with bartending acrobats, a roller skating ukulele player, and a woman with pelvic floor muscles so powerful she can play a kazoo with her vagina, Club Swizzle is everything you never knew you wanted to see. If this is vaudeville, consider me a convert.

‘Well this is cool’, I said to my plus one as we entered the prohibition-era smokiness of Club Swizzle at the Sydney Opera House. A jazz band played flawlessly, a centre-stage cocktail bar served thirsty patrons, and our aforementioned roller skating friend, Amy G, was zooming around – sans ukulele – transporting trays of drinks like balance was her magical power.

It was clear from the first instant that this was one of those brilliant productions where the show starts from the moment you enter the venue: there were no curtains to raise, no muted applause, and very few boundaries between the audience and the stars of the show.

The genre also defied tradition, pulling together a bunch of eclectic acts that combined old school charm with modern ideas. I mean I’m no expert, but I’m pretty sure vaginal kazoos weren’t around back in the 1920s, nor was Donald Trump (which would have left a noticeable hole in the witty one liners flying out from centre stage).

On the more traditional front, we were treated to impeccable tap dancing, mind-blowing acrobatics, and some good old-fashioned cabaret. Nailing the mix of old and new was Laurie Hagen’s ‘drunk’ striptease, which was a little bit burlesque, largely comedic, and extremely relatable for any girl who’s had one too many vodkas.

The eclectic mix of performances was sewn together seamlessly by Swizzle host Murray Hill, and the whole night had a touch of unpredictability about it – in the best way possible. It was like a night out with a bunch of super talented friends: equal parts relaxed, entertaining, and outrageous. 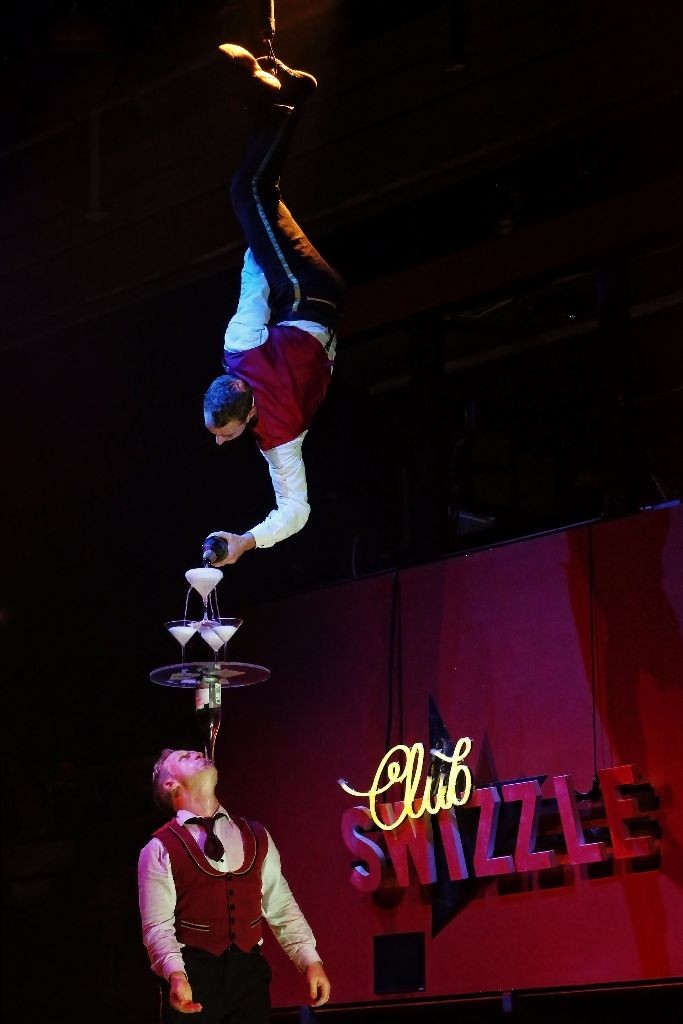 I know this is a big call to make but, in the post-show glow, I can’t help it – Club Swizzle is one of the best shows in Sydney this summer.

– Kirsty
Kirsty Fanton is a freelance copywriter with a strange and confusing fear of stick insects. She loves wine – especially when it comes with a side of cheese – and will do almost anything for ice cream.

‘Rogue One: A Star Wars Story’ Premieres Down Under

Bingefest and Chill at the Sydney Opera House