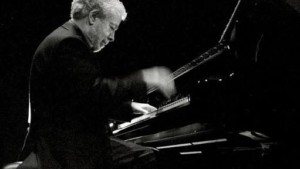 As lights dimmed in the grand concert hall of the Sydney Opera House, an immediate hush of audience chatter allowed for the residual sounds of orchestral preparation to be heard. With the venue at full capacity, the anticipation of hearing the young, but highly celebrated Brazilian conductor, Marcelo Lehninger, along with his fellow countryman and brilliant pianist, Nelson Freire, supported by the Sydney Symphony Orchestra, was palpable.

Opening the night’s program was the dramatic Coriolan Overture, op. 62; a composition written by Beethoven in 1807 for Heinrich Joseph von Collin’s tragic play, Coriolan. The piece, which begins in Beethoven’s much loved key of drama (C minor), is notable for its dramatic and powerful opening – angry octaves separated by chords – a theme which very briefly subsides in favour of an inescapably beautiful, gentle and tender melody in the key of E-flat major, but then returns and continues until triumph.

Honouring the story and embodying Coriolanus’ resolve to invade Rome after his recent banishment, the opening C octaves in the strings were enhanced by a decisive and almost vicious downbeat by the unassuming conductor. The fullness of sonority and urgency of sound Lehninger extracted from the orchestra had every member of the audience spell-bound.

The performance of this relatively small work, (most performances around the 8 minute mark) did not disappoint. The main C minor theme was executed with urgency and precision with every appearance; a vivid portrayal of a man, hell-bent on revenge on his native city. With the intensity subsiding with the tender E flat major second theme, it was clear Lehninger had programmed an opener to tonight’s program that would stir the deepest of emotions, in preparation for what was to follow.

Enter Nelson Freire for a performance of Schumann’s Piano Concerto in A minor, op. 54, the only such work by the German Romantic composer. In fact, it was originally conceived as a single movement work (Fantasy for piano and orchestra); it was only following the prompting by his pianist wife, Clara, that he completed the concerto with an Intermezzo and Finale.

At age 71, and showing no signs of slowing down, Freire attacked the opening chords with the reckless abandon one would usually associate with a pianist half his age. Followed by a lightly orchestrated oboe solo, it was immediately clear why Freire’s name has been synonymous with Bel Canto (beautiful singing tone) since his London debut, five decades ago. You could truly hear his modesty. Following a fiery, but polished cadenza, Freire and Lehninger put their mastery of tone colour and chamber style interaction on display with the Intermezzo. It was with the piano and orchestral thematic interplay in this movement that one had to reflect on the fact that although the orchestra had played Fortissimo sections of the first movement with all the impetus needed to fill the hall, it was never at the risk of overpowering the pianist – a balance only possible by a delicate mix of a great conductor, great pianist and a malleable orchestra who have all aligned in musical taste. Returning to the rhapsodic style, so well associated with Schumann, the final movement had the audience enthralled.

Dwarfing the already thunderous applause following the Schumman, Freire knew the Sydney audience wouldn’t let him retire for the night without an encore. The master pianist sat at the piano once more and caressed the keys of the Steinway in a sublime and impossibly tranquil reading of the Gluck/Sgambati melody from Orfeo ed Euridice.

The final installment of the night was in the form of Rachmaninoff’s tumultuous Symphony No. 2 in E Minor, op. 27. Doubling the size of the orchestra for this 20th century staple of the concert hall, the audience was enveloped by the fortissimos and transfixed by the pianissimos in the first movement. Perfectly crafted counterpoint and a clarity of voice leading unusual in an orchestra of this size, Lehninger and the Sydney Symphony Orchestra put the full extent of their powers on display. The three faster movements had all the fireworks and controlled lyricism needed to fully realise Rachmaninoff’s emotional rollercoaster, presumably fuelled by a nervous breakdown and consequential hiatus from composition only a few years earlier. However, it was the much loved Adagio that held the Sydney audience captivated; from the main theme, lovingly phrased by the solo clarinet, to its transferal to the strings, the heart-wrenching melody commanded a stillness throughout the hall that was only ever going to end with rapturous applause.

If you are a music-lover who wants to leave a concert feeling the exploration of emotional content has impacted your very soul, then do not miss the opportunity of seeing Nelson Freire perform live. Your last chance in this Sydney series is tomorrow night, Monday September 26 at City Recital Hall. Tickets start from $39 for under 30s and can be purchased here: http://tickets.cityrecitalhall.com/single/eventDetail.aspx?p=3230

By Michelle Macdonald and Alicia Tripp

Michelle is a practising lawyer, passionate pianist and active member of a local community orchestra in Sydney.

Smooth Festival of Chocolate – All I’ve Ever Wanted