I’ll be honest: I had never heard of Niall Ferguson before Sunday night’s talk at the Opera House. So it was slightly comforting that I was not the only one, as a fellow journalist sat next to me and started reading his Wikipedia profile on her mobile phone.

For the uninitiated, Ferguson is a Professor of History at Harvard University. Ferguson’s talk at the Opera House was preceded by one at the NSW Art Gallery celebrating 40 years of the Centre for Independent Studies and an ideas retreat at the Hayman Islands.

Ferguson has written 14 books in his illustrious career, with a common thread to ‘bring history alive’. While he concedes that being a historian is not as glamorous as being an actor — something he aspired to be while studying at Oxford — he is a staunch believer that history is an important field of study. In particular, he advocates ‘applied history’: the study of the past in order to understand the present better. That is, the past allows us to make connections to the present that we could not otherwise. We can ‘see the tiger in the grass that the traveller cannot see’. History is important because it is ‘to a state what character is to a human being’. 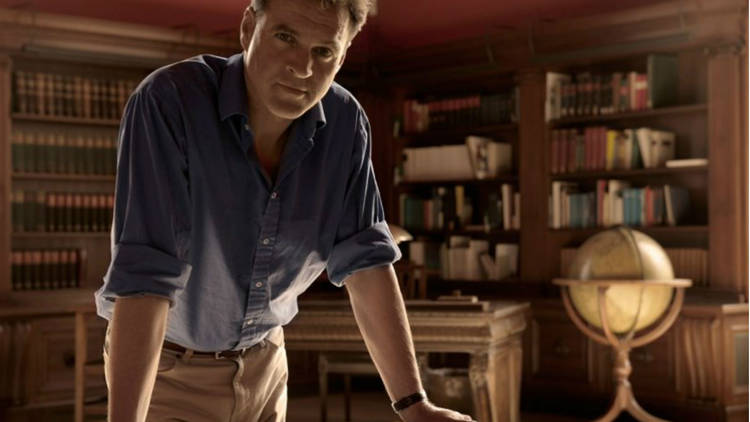 Ferguson argues that the spread of institutions and ideas from Western civilisation has generally been a good thing up until around 1970s, when there was relative equality around the world. At this time, we began to see a divergence between the West and rest of the world. This divergence cannot be explained by geography, or race, but rather a divergence in ideas and institutions. These include competition, the scientific revolution, property rights, modern medicine, consumer society and work ethic. These ideas and institutions have allowed the West to prosper and grow economically vis-à-vis lesser developed countries. However, the same institutions and ideas make us vulnerable to economic shocks such as the Great depression and the Global Financial crisis.

The rise of populism

In applying history, Ferguson argues that we should take seriously the rise of populism. The backlash that has been generated as result of the GFC in the United States has allowed Donald Trump to rise to a position where he is, in Ferguson’s estimation, a 50/50 chance of getting into the White House. It is an error to ‘yield to the temptation of not taking him seriously’, but the fact is that his anti-immigrant, anti-free trade and anti-establishment rhetoric is resonating with many Americans. A great point was made that Trump’s rise is one of populism, and not fascism, which was about uniforms and violence. It is wrong to think of Trump as a modern-day Hitler because ‘the only history anyone remembers is the 1930s’.

Ferguson notes that the elite have incorrectly dismissed Trump, because they are so disconnected from the ‘regular Joe’ to whom Trump appeals. Ferguson further warns that history suggests that populist like Trump are likely to follow through with their promises. This means putting American industries first, building a Mexican wall, imposing tariffs on Chinese goods and potentially banning muslim immigration. We also know from applied history that populism doesn’t work; one only needs to look at Venezuela an example.

Ferguson warns that democratic societies have planted the seeds for populism. Social mobility has declined and there are fewer opportunities for young people. The real social contract is not between the government and the people, but between the young and the old. We need to re-think and reshape inter-generational equity if we are to prosper into the future. An important point was made about the lack of leadership in Western democracies and the failure of the political system to consider, and be held accountable for, decisions that affect future generations. In other words, ‘baby boomers have erased the posterity argument from policy, and that needs to change’. And unless it does, Australia runs the risk of becoming like America in the future and populism will also take hold.

Ferguson makes a compelling argument for applied history and for its importance in the modern society. History is, as he says ‘not a science but a recipe’ that can guide us in making decisions and prevent us from making the same mistakes of the past.

I was thoroughly impressed by Ferguson’s talk and I have made a note to read his work. As a testament to how impressive he was, my fellow journalist who was ‘not there to write a review’ began to take notes furiously about 5 minutes after Ferguson started speaking. There were also long queues of people wanting to ask questions at the end of the talk.

The Plus Ones were invited guests of the Sydney Opera House.

Yoga in Sydney – Top 7, Every Day of the Week