With each year, VIVID continues to expand as it cements its place as one of Sydney’s premier events. While the music calendar has been a staple for the festival, this year’s offerings goes one step further. The VIVID Live Artist talk series gives festivalgoers a chance to hear artists reflect on their creative processes. According to VIVID’s festival curator, Ben Marshall:

“Audiences are more musically adventurous than ever and music is everywhere – these artist conversations play a useful role in helping active, curious and engaged listeners locate, understand and go deeper into the music they’re listening to.”

The Plus Ones are equally excited about this innovation as it adds another layer to the already rich VIVID experience. Here are some talks that we think are worth getting along to. Best of all registration is free for most events, so get get in quick!

Composer and pianist Max Richter will sit down for a conversation with Paul Morley for a discussion between classical and experimental and the art of performance itself. Richter is premiering his 8 hour (you read that right!) album in full for VIVID audiences on June 3 and 4. This promises to be an exciting talk, least of all to find out why one would embark on an 8 hour album.

Members of New Order will talk with filmmaker and producer Mark Reeder about world of Manchester, Berlin dance music and his 2015 film B-Movie: Lust & Sound in West Berlin. It’s rare for members of New Order to give public appearances, so get in quick! 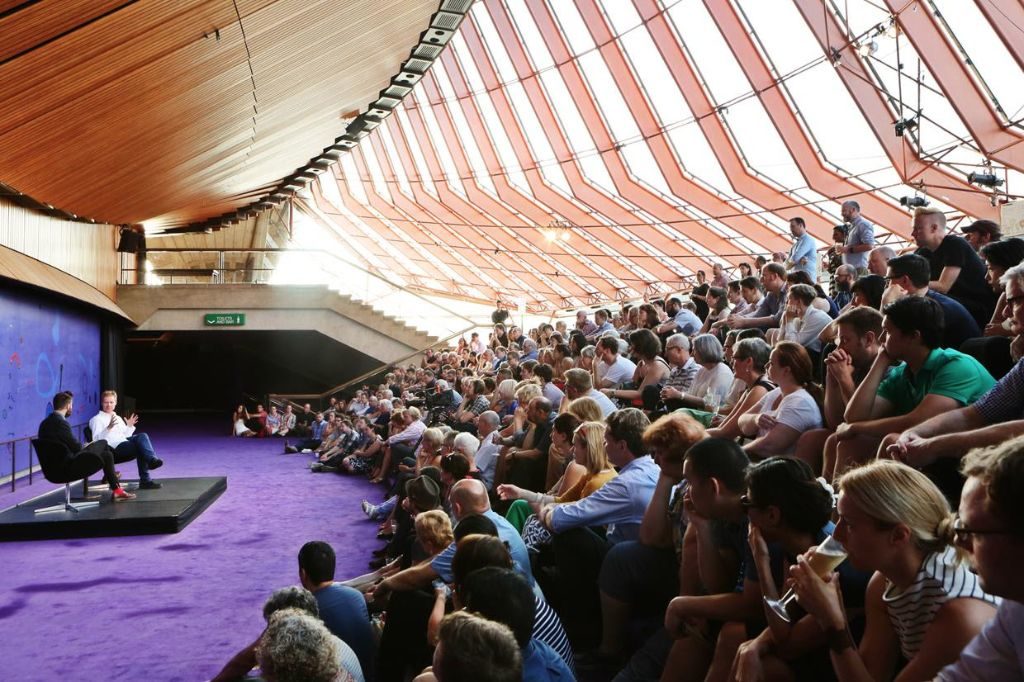 Festival headliner Anhoni will sit down with Lynette Walworth, her collaborator from Antony and the Johnsons to talk about alk about our fragile connection to the natural world and each other. This should be a fascinating talk when one considers her latest album ‘Hopelessness’ is a piercing indictment of the United States, its ignorance on climate change and the unaccountability of the military system.

Online phenomenon Ta-ku will sit down with Australia’s favourite radio presenter Myf Walhurst. We are not sure what they will talk about, but given Myf’s pedigree we are pretty confident it will be entertaining. The latest news is that Ta-ku is set to release a collaboration with fellow Aussie sensation Wafia — the two of them also playing together at Vivid — so perhaps talking about the process of collaboration is on the cards.

In one of the more interesting talks, Song Exploder host Hrishikesh Hirway will interview Kiatus Kaiyote as they take apart one of their songs, piece-by-piece. This is a rare opportunity to gain insight into the creative process, and the stories behind the melodies and lyrics. Definitely worth investigating.

Musicians make the most interesting photography subjects. Kevin Cummings will talk with Myf Walhurst reflecting on his career as chief photographer for New Musical Express and his long association with the bands Joy Division and New Order.