May 2016 presents a real diverse and exciting month for live music – from iconic heavy metal legends to global dance artists, old and new, local and international – we’ve got you covered with five of the hottest must-go-to gigs across Sydney.

After almost three years, huge radio playtime and a platinum album – love is strong for the boys who return to Australia for three gigs this month. Upon the release of a new single, Thick as Thieves, the band have already hinted at the idea of a third album to be released potentially at the end of this year. If you have been lucky enough to get tickets, this is a rare and unmissable opportunity for fans to get a sneak peak of new material in an intimate setting.

Rock legends Iron Maiden will be making a much anticipated return to Australia as part of their Book of Souls World Tour this year. The album, released in September 2015, débuted at number two in Australia and bringing the band selling close to 100 million albums – has set the stage for the return of their triple guitar attack for both their large, dedicated audience and multiple generations of headbangers. 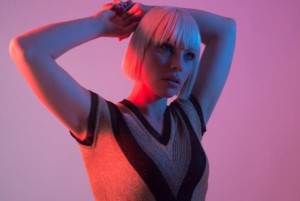 Labelled ‘music’s next big thing’ in 2015, this emerging Melbournian alternative-pop artist announced the release of her début album earlier this year with a set of national dates to support it. The tour kicks off in Sydney, carrying on through Australia until 26 June. With two singles already released, this conceptual creative has dropped a third, ‘Smoke Signals’ – and an 80s inspired music video (filmed on a 1982 Sony Tube Camera and directed by creative genius Alex Smith) gives us a taste of what we can expect from this kooky songstress.

In their biggest ever Australian tour to date, global chart toppers Rudimental are heading to Sydney this month. Supporting their Aussie tour will be Jess Glynne along with local talent Thandi Phoenix. Following a host of chart topping hits, catchy rhythms and some seriously hot collaborations, this is sure to be the best dance party in town this May.

Fancy that late-80s-nostalgic throwback feeling? Making their way through the local live circuit, quirky duo Harvey Miller and Monte Morgan have grown through captivating performances (check out those outfits, hair and props at their 2013 Golden Plains Festival set!) and thought-provoking music video narratives. The Client Liaison experience is feel good fun, whilst a sense of ‘beneath the surface’ storytelling makes for a multisensory and must-see performance.

By Hayley Adams
Hayley is the Music Correspondent for The Plus Ones, reviewing live music gigs across Sydney.

Vitesse and Symphony in C