One of the greatest pleasures in life is having a cool beer in one hand and noodles in the other. The Plus Ones were invited to a small private cooking class with Chef Nut Kunlert from Wok On Inn in their Zetland location to learn the art of Drunken Noodles. We heard the history of Asian street food from chef Nut and owner Ankur Sehgal; what it takes to prepare the famous Drunken Noodle dish from scratch; and also sampled some of their new menu items. It was one tasty evening.

What are Drunken Noodles? 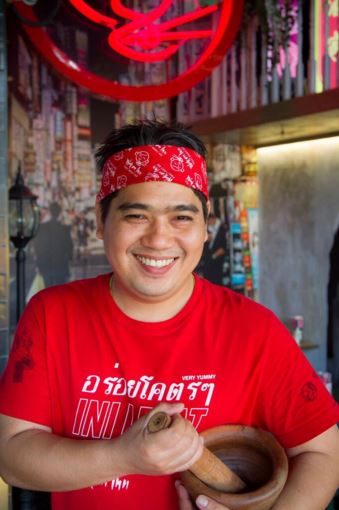 Drunken Noodles, or pad kee mao in Thai, literally mean “drunkard’s noodles”. The origins of this tasty dish are disputed. According to Wok On Inn, a guy had one too many drinks one evening, was hungry and grabbed whatever he had in his pantry and put it all together. It was so popular that now you can’t go anywhere without seeing some version of Drunken Noodles at street food markets. However, there’s another theory that it can be made so spicy that you need to have a drink to wear down the spice!

I have never actually attended a cooking class, I have worked in a restaurant kitchen for a little while so I was reasonably confident heading into the class. I have zero experience making Thai food. However, Nut and his team were great and apparently I excelled at grinding ingredients, using the massive and intimidating pestle and mortar, to make the paste. It’s a great work out for your arms! Once we had our paste of our preferred spice level, we got to use the woks. I am used to woks about the size of a dinner plate, this one was the size of half my dinner table. Plus it was over an open flame. But with Chef Nut guiding us, I surprisingly did not burn anything and produced some excellent Drunken Noodles, if I do say so myself.

Wok On Inn prides itself on its own authenticity. Not only do they follow all of the traditional recipes of their native Asian countries, they actually import the spices and pastes from their original countries instead of using local ingredients to make something similar but less authentic and tasty. 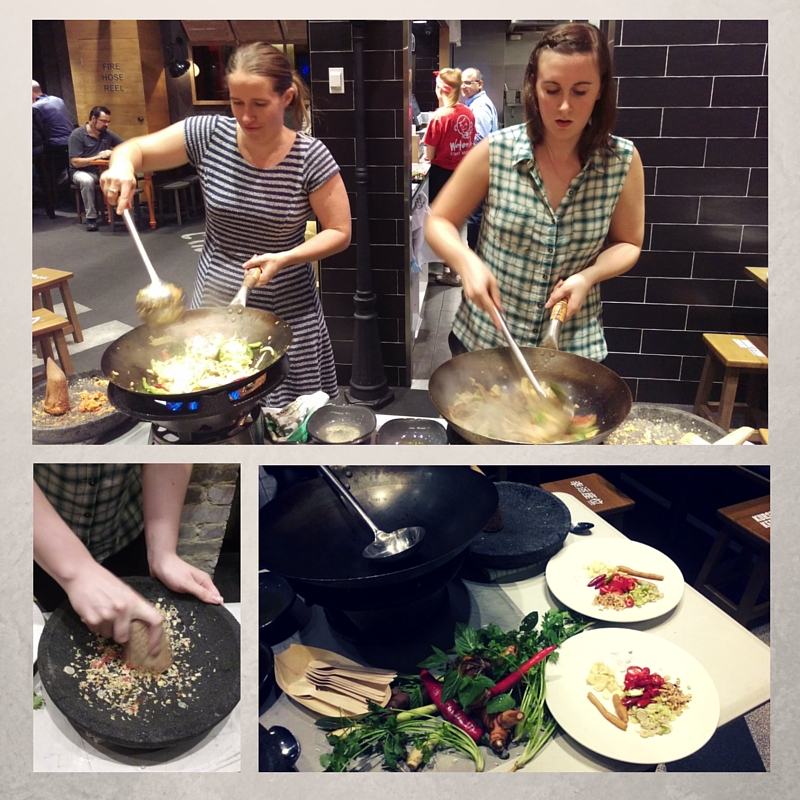 The novice chefs at work. Pestle & mortar game is strong.

The noodles were great; probably tastier because we had literally made them from scratch with our own hands. We washed down our drunken noodles with some Thai beer and received some more tasty surprises as the night progressed: chicken cashew noodle, deep-fried squid, dumplings, pad Thai, and many more. If you don’t have your own pestle and mortar I would seriously recommend heading over to Wok On Inn to have some fresh and flavourful drunken noodles. Check out their website and blog for your next take-out or street food inspiration. Enjoy!

The Plus Ones were invited to the Wok On Inn Drunken Noodles class by Magnum & Co, images author’s own and supplied by Magnum & Co.

A Man Walks Into a Bar – Review