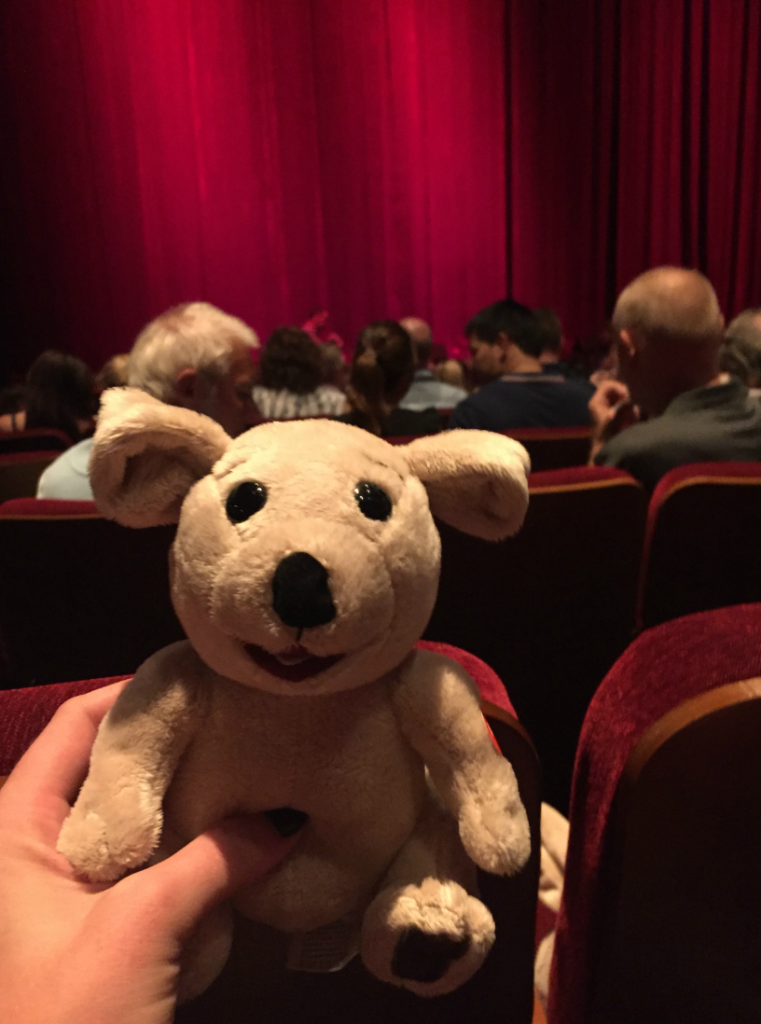 Walking in the doors (albeit a little late) David Strassman’s character Chuck Wood didn’t let myself and the other patrons off the hook. He quickly quipped sarcastically “about F*!$#ing time! Don’t you have a watch?”

The entire theme of Strassman’s show iTedE is about making his characters such as Sid the Beaver, Kevin the logical Alien and of course chocolate loving Ted more lifelike to partake in Strassman’s TedTalk. The suspension of disbelief was a big theme, as in our age of technology, as Strassman explained, we are constantly glued to our phones, engaged in “real time” Facebook, Twitter and Instagram posts, our imaginations rarely wander.

The performance on stage left me in awe, feeling  like a child, I believed Ted was real, that it wasn’t an American ventriloquist throwing his voice.

Strassman’s show iTedE is a work of art, part comedy and part reflection on today’s society.

Our Workshop Specialist, Renee Wardle, is in the works for publishing her first novel. A “Hermione Granger” at heart she  is constantly learning about people, places and things.

Disclaimer: The Plus Ones were invited guests of  iTedE – David Strassman