Gillian Welch
Enmore Theatre, 8 February 2016
Some things are just better in twos: wine and chocolate, coffee and cigarettes, Gillian Welch and David Rawlings. It has been almost ten years since since the duo have played in Australia. Despite the fact that Welch has only put out one album in that time — 2011’s sublime The Harrow and the Harvest — their dates around Australia all but sold out in a matter of hours. As I found out on Monday night at the Enmore Theatre: with good reason.
The magic of their music, which can be loosely described as a cross between Americana and Bluegrass, is built on simplicity and efficiency. On stage, it was just two guitars (or banjo and harmonica), two microphones, and a small antique table. Welch’s strumming and honey soaked voice is a perfect match for Rawling’s dexterous and meandering guitar work, which was mostly delicate, but downright powerful on some solos.

So too their harmonies, which were especially mesmerising on slower numbers Tennessee, Hard Times, Dark Turn of Mind and Down the Dixie Line. As my Plus One remarked, it was as though their voices were made for each other. After a short intermission, the pace picked up a little with the bluegrass stomp of Six White Horses complete with some cowboy boot tapping from Welch. Elsewhere, Rawlings brought the crowd to raptures with his extended guitar solo on the Revelator. That song, remains one of Welch’s most striking. Written as a response to music critics who questioned her authenticity as a folk musician early in her career, it shows a remarkable confidence in her own abilities:
Darling, remember
When you come to me
I’m the pretender
And not what I am supposed to be
But who could know
If I’m a traitor
Time’s a revelator
The revelator.
After two and half hours and three encores, the couple stepped out from behind the guitar for one last song, unplugged. Rarely have I seen a crowd more entranced and quiet at the Enmore Theatre. As  we filed out of the hall, a veritable who’s who of Sydney’s young singer/songwriter brigade could be spotted gasping at the quality of what they had just seen. 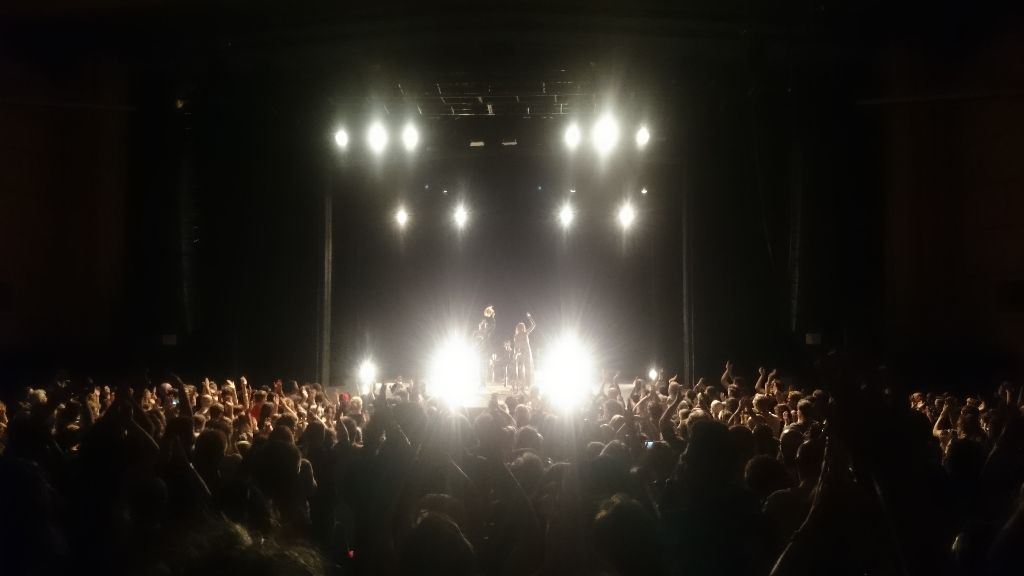 Time indeed is the revelator. And in Gillian Welch’s case, it has proven her right. Let’s hope we won’t have to wait another 10 years to see this kind of magic again.
Gillian Welch plays tonight at the Enmore Theatre. The duo will return to Sydney on 16 February with a full band playing as the Dave Rawlings Machine.
[text-blocks id=”353664″]

Alesandro Ljubicic, The Scent of Painting