On the Saturday of Australia Day weekend, the peaceful Centennial Parklands were transformed into a rave wonderland for Electric Gardens Festival. The festival hosted a vivacious roster of well renowned international acts.

Starting at midday, I arrived promptly to soak up everything the festival had to offer. As soon as I steeped foot through the security gates I could feel the bass pumping through my veins and couldn’t help but move, shake and bop to the beat with the rest of the crowd.

The festival took place across four stages that were adequately dispersed around the parklands. There were plenty of food vendors, bars and ‘chill out’ areas for festivalgoers, and for the more adventurous there were a few thrill rides including a bungy rocket. The atmosphere was vibrant and was on par with the International festivals that I have attended. 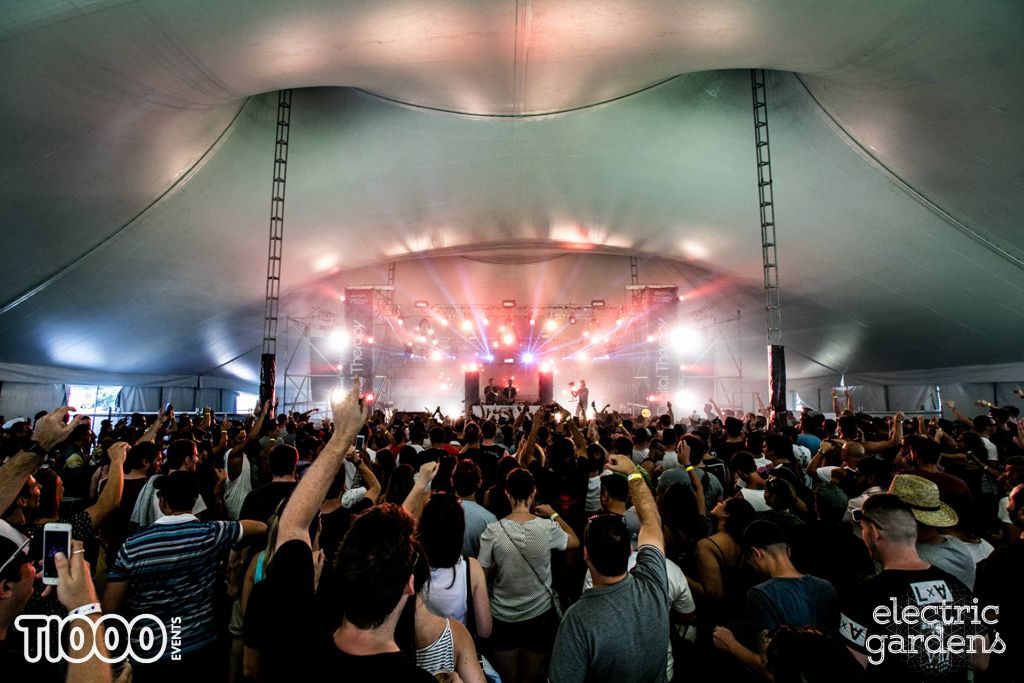 In an Australian first, the crowd was mesmerised by house maestro Hernan Cattaneo and internationally respected DJ, Nick Warren, back to back in the festival’s Digital Therapy Arena. The sets were mind blowing, and thanks to the festivals extended set times the crowd was able to truly experience each artist to the fullest extent.

Headline act Fatboy Slim ended the day on a high, spinning through all his classics and lighting up the sky with an epic laser display. The electrifying atmosphere was contagious and the entire crowd was jumping to the beat of Fatboy Slim’s hits. I had an unforgettable time at Electric Gardens Festival, my only complaint was that the festival came to end, I was definitely not ready to leave and I am already counting down the days until next year’s event.

Disclaimer: The Plus Ones were invited guests of Alpha Entertainment.
Photo courtesy of Electric Gardens Festival Facebook.

The Hateful 8: Tarantino´s Special 70mm Cut at The Orpheum