A weirdly inconsistent one-woman show filled with overt human prejudices, and sometimes mistakes itself to be an ironic comedy. 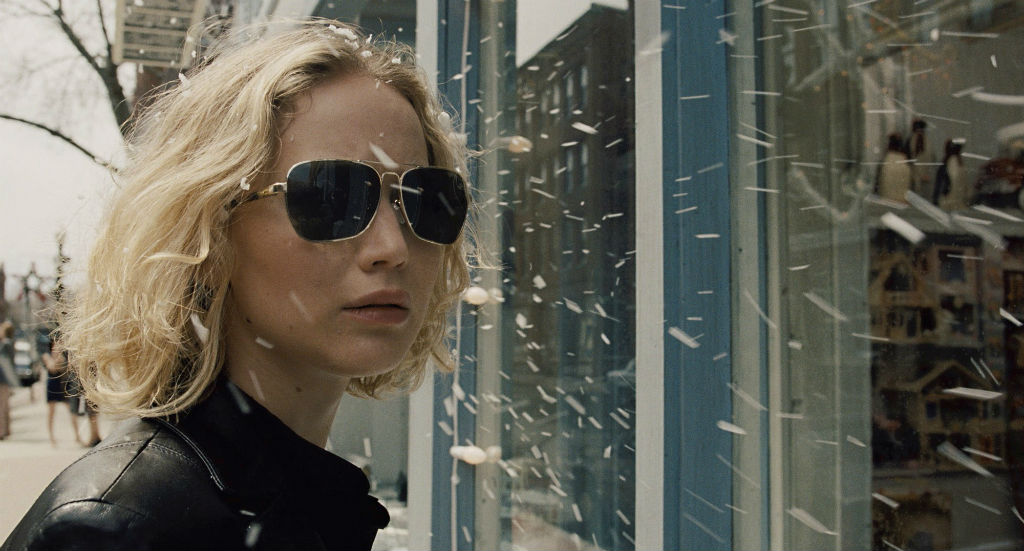 Joy, a new creation of David O. Russell that promises another reunion of the magical Silver Linings Playbook, which voices the life of Joy Mangano and her family as she traverses through tragedy, treachery and other detriments that would pave the way to her eventual success.

The film, with its pleasing cast plays like any other heavy drama, an introduction into the characters’ misfortune, a deepening of said difficult circumstance after crushed hope, and finally the twist of salvation. The main fault of Joy resides in the notion that the film revolves around Jennifer Lawrence as its central character with the utmost dependence, never could any other personalities stand for their own and deliver any sort of emotional impact other than the overwhelming hatred produced by the prejudices projected towards Joy herself.

Whereas Russell’s other productions are highly stylised and quirkily fun, specialising in invoking a certain amount of sympathy or interest in us to keep the engagement, Joy achieves this in the most inconsistent manner possible and lets emotions run high in spurts rather than a decently satisfying fluidity, while maintaining the distinct touch of its famed director that just cannot appeal without the proper essence.

Though a comedy in strict categorisation, the entire film’s sole capacity in fabricating laughs is based on the premise of awkward performances, horribly placed and at times wrongly delivered lines, and some underdeveloped, goofy relationships that seem neither realistic enough to empathize with nor interesting to attract attention. The few laughs it does deliver are then rapidly and instantaneously devoured by the heavy drama to leave any impression or serve as any worthy development.

It’s as if the whole film is played in a recap, where we already know the happenings and simply cannot care enough about the character’s achievements or risks.

With an unusual yet ineffective opening, Joy established its primary characters – the Mangano family as narrated by the Grandmother, all of whom will matter and move us less as the film progresses, the only purpose they serve by the third act seem to be simple exasperators used to fuel our rage and to show the kind yet strong nature of the protagonist, meanwhile continuously showing themselves off as egotistical nuisances who pose as ‘charitable investors’ to the ‘worthless’ cause of Joy.

The only two of these supporting characters worth mentioning are the grandmother, whose nature and role in the film is not as clearly defined as others, yet was only given some tens of lines during narration and around 5 minutes tops of screen time when she could have served as a more contrasting, positive force to Joy, giving Diane Ladd more time to truly project a real character; The other is Bradley Cooper as Neil Walker- a cable television channel manager whose power in the market of retail, infomercial products seem to be over the roof – perhaps the only other relatively neutral and complex character in the film, however his relationship with Joy was yet again left at a ‘ adversary in commerce, friends in person’ degree of obscurity.

The other notable element within this otherwise quite disastrous film is Russell’s unique style in set design, such as the Mangano mother’s bedroom, where the constricting nature of the room complements the shut-in, disturbed personality of the character quite well.

Overall, it would have taken so much less for Joy to achieve what it had, yet somehow O. Russell insists on wasting all the screen time developing characters towards one stereotype after another and squeezing in a few forced, inconsistent chuckles along the way. The only enjoyable part is Jennifer Lawrence’s robust performance as an individually strong woman dealing with sudden bursts of risks and prides, which are quickly overshadowed by other frivolous, uninteresting details.

People will divide over this and some may even applaud the strong message it sends and a ‘great’ ensemble cast, but critically speaking, this was a misstep by Russell.

In theatres Australia wide from 26th of December