Two world-class masters of music, conductor Edo de Waart and pianist Ronald Brautigam, both hailing from The Netherlands, head the final program in the 2015 Sydney Symphony Orchestra subscription series. The fellow countrymen have chosen a classical Mozart concerto, a romantic Elgar symphony, and a Ross Edwards piece, doing us proud by bringing their European flavour to a staple of the modern Australian concert hall.

Edo de Waart, the former Chief Conductor of the SSO, is back for this special performance, after years away, working with many of the world’s leading orchestras and receiving high accolades, including an Order of Australia and a Knighthood.

Edward’s White Ghost Dancing is deeply rooted in Australia, with haunting, mythical, ritual-dance impulses in its tempos and rhythms, and a sense of traditional Aboriginal meditation in its chant-like repetitive patterns, as well as inspiration from and references to the natural environment, in the form of fragmented birdsong and insect drones. The SSO plays this piece with a real sense of pride and connectedness. 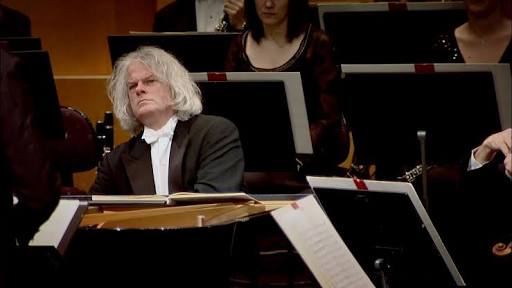 The two Dutchmen – one maestro, one virtuoso – perform together, accompanied by a larger-than-usual section of the SSO, for Mozart’s Piano Concerto No. 24 in C minor. This is a dramatic choice. Mozart composed only two piano concertos and only two symphonies in a minor key. His works, mostly in the Major keys, are usually easily recognisable by their light, chirpy playfulness, as opposed to the darker tone that characterises Beethoven’s works. However, this piece being in a minor key – especially in C minor, which resonates in the mind’s ear of the audience with Beethoven’s famous Symphony No. 5 – gives the impression of being a more serious work. Rightly or otherwise, this generally appears to be the reality of the inner workings of our subconscious when it comes to music.

But true to Mozart form, the theme, which is introduced by the piano and then reappears as a refrain throughout by both the piano and the orchestra, is a deceptively simple little tune. He plays with that theme in a clever way, introducing it in variation, with delightful melodic surprises around every corner. The finale is emphatic and menacing and in fact, impressed Beethoven so much that he exclaimed, “I will never be able to do anything like that!” In Brautigam’s dexterous hands, every exquisite moment is articulated to perfection, with accuracy, power, control and feeling. His crazy-scientist-style shaggy white mop, the confidence and dignity of his posture and gait, and the regality of the black coattails, combines to create the air of a gentleman-rockstar.

Edward Elgar’s Symphony No. 1 in A flat has been called “the greatest symphony of modern times”. It is grand, noble and triumphant, celebrating the opulence of the British Empire. But it is so much more than a pomp-and-circumstance march. The attentive listener will pick up on the musical language of a composer who understands wide and varied cultures and landscapes, who introduces unpredictable rhythms, remote keys and shifting moods. De Waart and the 91 musicians of the SSO who perform this piece, bring both a dignified restraint and a passionate, tempestuous fury to the masterpiece, astonishing the audience with the unpredictable crescendo from gentility to an explosive, operatic climax. 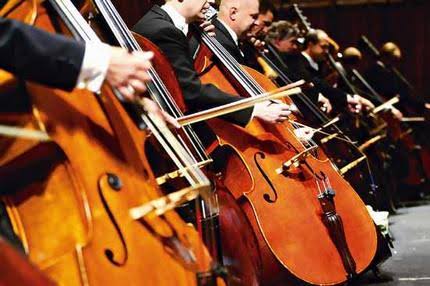 After the big finish, Edo de Waart’s repeated exits and re-entrances to thank and re-thank the exultantly applauding audience, affirm his position in our hearts as one of (in order not to offend) the most loved and highly regarded conductors we’ve ever had. 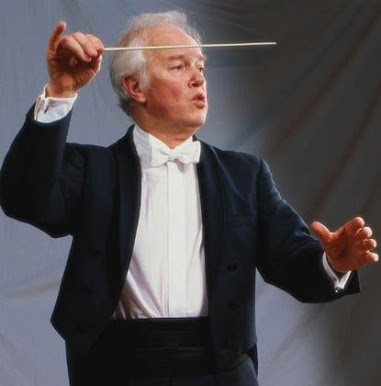 Edo Conducts Mozart & Elgar is showing for the last time tonight, Saturday 5 December at the Concert Hall of the Sydney Opera House. Tickets are still available.

If you miss out on this one, the 2016 line-up is titillating. Check it out on sydney symphony.com or sydneyoperahouse.com.

– Alicia Tripp
Alicia is a seasoned arts and music journalist, as a former critic for the ABC Limelight magazine and State of the Arts. She has a degree in Media & Communications, English and Music from the University of Sydney.

Disclaimer: The Plus Ones were invited guests of The Sydney Symphony Orchestra.

Kino #100 – A Foray into the Filmmaking Community

In the Heart of the Sea Review