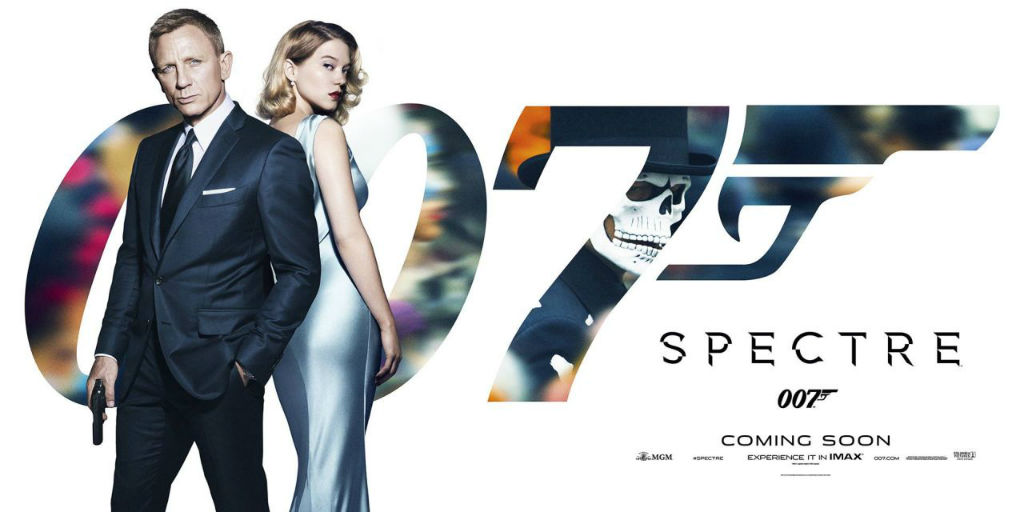 The fourth Bond film starring Daniel Craig- Spectre has recently landed, and with it came a series of widely separated critical claims. Directed by Sam Mendes who also helmed the astonishing Skyfall of the series, it’s perhaps difficult to think that after Quantum of Solace there could be another modern Bond to equal its foulness. While Spectre certainly eludes in many respects the failures of QOS, it’s in no position to state that it’s the better.

Opening with what appears to be a one take opening scene (when it’s actually pieced) consisting of establishing shots of the Mexican day of the dead, Bond returns to the big screen in his impeccable navy suit, however what follows are sequences of confusing dialogues and the equally chaotic and unnecessarily prolonged action scenes as Bond battles his foe on an open helicopter.

What ensues is Sam Smith’s performance of Writing’s On The Wall, yet another song featuring a prominent pop artist written directly for the screen. Though the music is in no way mediocre, it’s accompanied by perhaps the weirdest CG animation in the history of Bond, including multiple women caressing Craig’s chest as their hands were lit with fire, various octopus/Spectre allusions and a brief gallery of those that have died in the series’ previous features.

The first act of the movie felt pointlessly long as some scenes were unamusingly prolonged, some scenes simply appeared plain awkward and bewildering such as the Widow sequence, which underdeveloped a character that we’ll never see again for the rest of the movie, making Bond seem like a conniving, manipulative bastard – a side of him we simply don’t need to see even if it did make sense, and finally delivering an uninteresting piece of information in an even less appealing manner.

The overall pace is extremely slow in dialogue scenes, while the action never managed to deliver enough lasting thrill to keep the audiences engaged. What little humour there is between these are comical enough to give a few chuckles, however when there’s no tension to relief the brief comedies just could not achieve its full effect, which is to transit the audience rapidly from lying peacefully to quick-paced nervousness.

The most unsatisfying element in the entire film is probably the relationship between Bond and his new love Madeleine Swann as portrayed by Léa Seydoux, their chemistry as viewed in contrast with the women in the previous features seemed horrendously forced, but hey, 17 years of age difference could do that; their relationship conveyed no tangible progression nor a seemingly logical explanation as to why they would become an item. Alongside with the main antagonist being as vague as one could be, throughout the film we fail to see a focal point even though Bond’s mission appeared clear as daylight.

As with all things there are a few merits that are worth counting. Following the path of previous Craig-Bonds, the adaptation does present the character in a linear fashion for audiences to see his emotional effort on screen as he attempts to secure his loves, yet obviously prevented to do so as his spy work either traumatizes him or alters his instinctive nature significantly.

Though the plot in the third act is largely predictable, it does offer some degree of excitement and a sense of resolution, tying the end with a rushed, unconvincing, unsatisfying yet ultimately kinda neat bow.

Overall Spectre’s place in the Bond franchise indicate a certain degree of mediocrity- it fails to continue the saga in a stimulating manner nor does it bring anything refreshing to the table, however with a few nods to the classics may be able to please some hard-core fans.

In theatres everywhere from 12th of November 2015 in Australia

By chuck, what a day at the polo!