Imagine it’s 1am on a hot, sweaty summer evening. On a dimly lit basketball court, you and two friends get together for an intense training session, that involves running, jumping, shuffling, sprinting and wrestling. Pushing yourself to your mental and physical limits. Resting. Then going again for another ten rounds.

This is the genesis of DRILL, the latest work of performance-maker Ahilan Ratnamohan showing Riverside Theatres in Parramatta. As Ratnamohan mentioned in his recent catch up with the Plus Ones, his previous works have explored the crossover of dance and soccer movements. In DRILL, Ratnamohan goes further to use ‘athletic movements which transcend football … navigating a series of bodies and obstacles in a tight space’.

Interestingly for a dance piece, DRILL has no accompanying music. In that sense, it is a challenging piece. The rhythm is supplied through the constant pitter and patter of heels hitting the ground — sometimes fast and other times slow — as the dancers complete a series synchronised drills.  The sheer physicality of the performance is accentuated by heavy breathing and the odd grunt when the performers exert peak effort, both were clearly audible to the audience.

DRILL gives the audience a glimpse into the lives professional athletes, especially those involved in team sports. When we see great sporting achievements, we often think that those athletes are simply gifted. They were born that way. What we don’t see — and what DRILL reminds us of — is the incredible amount of training that goes on behind the scenes. The endless drills (pardon the pun) to embed and perfect a skill or movement and pushing the limits of one’s mental and physical capacity. 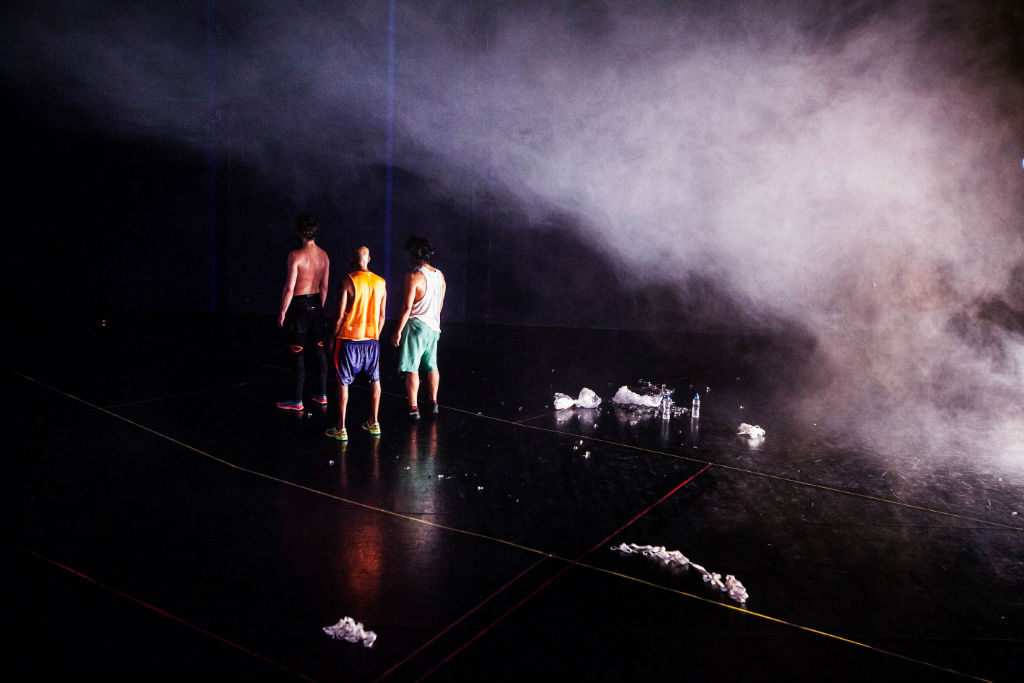 The movements explored in the piece are not limited to soccer. The performers traverse field athletics, football, wrestling and ice skating. Those with an athletic or sporting background will appreciate the physicality of the performance, as will dance junkies with interest in movement more generally.

It’s also clear that the performers themselves trained extremely hard for this performance. Each has a different body composition, suited to certain types of movements. But together, they were able to synchronise their movements with grace and fluidity. In between intervals, the performers poured ice and water on each other, as each sucked in big breathes to recuperate. I could have done with a bit less of this, which at times went overboard, but I could appreciate the performers’ need to rest without just sitting there in awkward silence.

Overall, DRILL is a challenging and engaging piece. Both my plus one and I thoroughly enjoyed the show. As she remarked to me afterwards, ‘I feel tired and exhausted just watching it’. That is not a criticism, but a testament to the DRILL’s ability to draw in audience members and immerse them in a physically and mentally challenging performance.

DRILL runs from 15-17 October, 8pm at Lennox Theatre, Riverside Parramatta. In addition you can:

The Plus Ones were invited guests of Form Dance Projects and Riverside Theatre.