Sydney-based singer-songwriter Montaigne (Jessica Cerro) is an irresistible mix of older-than-her-years worldliness and youthful optimism. She has the kind of outlook that allowed her to be a triple J Unearthed finalist in 2012 before deciding to complete her secondary education and take some time to mature as an artist, instead of flying straight into the limelight.

Now she is back and bigger than ever. She released her debut EP under her new moniker, Montaigne, in 2014 and this month treated us to her single ‘Clip My Wings’. With its strong vocals and heady range, it’s got something of the Kate Bush about it (not deliberately, according to the singer) and we were instant fans.

We had the privilege of catching up with Montaigne ahead of her first national headline tour and found ourselves discussing everything from 16th-Century philosophers and near-death experiences, to weird and wonderful pre-show rituals. 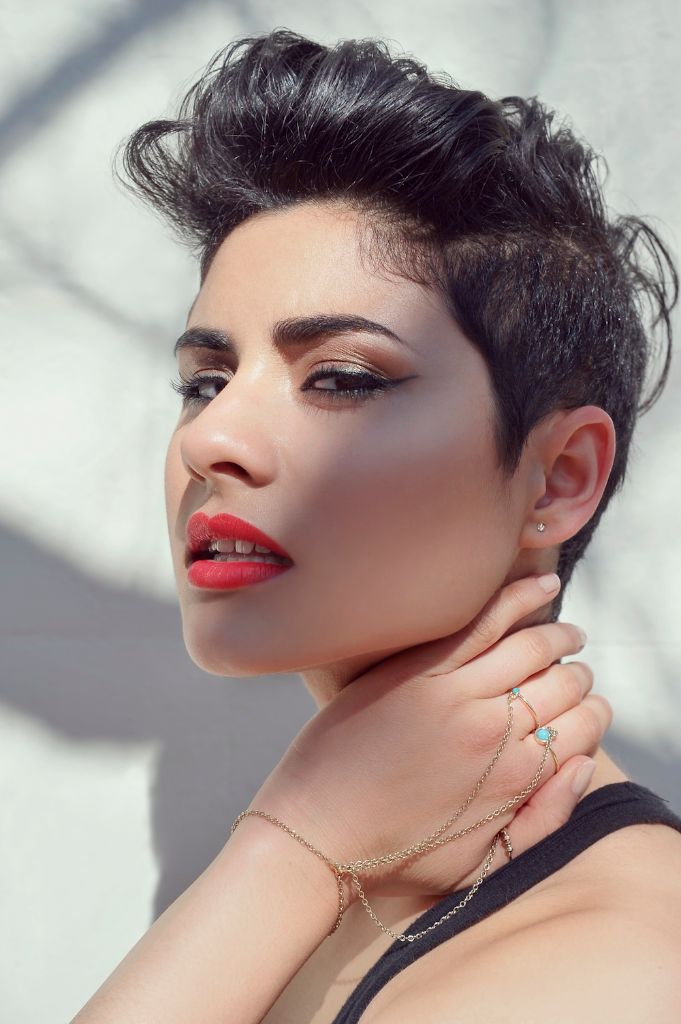 People have compared your sound to that of Kate Bush, but you have said this wasn’t deliberate. Who are you more consciously influenced by?

I grew up on pop. My parents played what was on the radio during their time, which included Queen and David Bowie, as well as a lot of 80s’ pop, 90s’ RnB and hip hop. During my Sydney years I wanted to discover new music and was introduced to Sigúr Ros. They opened up this entirely new spectrum of emotion to me. Music like theirs elicits an emotion beyond the simple ones we identify as happiness, or sadness, or fear; something in between all of those that’s not possible to feel from every day situations or anything other humans do to us. I also love things that have great vocals, great melodies, great harmonies and really lush orchestral instrumentation, including Björk, The National, Arcade Fire, Bat For Lashes, Florence + the Machine, and Marina and the Diamonds.

Is your stage name a direct reference to 16th-century essayist Michel de Montaigne?

Yes it is. I first encountered Michel de Montaigne in Alain de Botton’s book Consolations of Philosophy. Montaigne is referenced heavily in the ‘Consolations on Death’ chapter and it really resonated with me. Montaigne had a near-death experience and believed wholeheartedly in friendship, love and finding peace with yourself by analysing yourself, realising who you are and wrestling with all your inner issues. He also believed in the accessibility of information and not using high highfalutin language and abstract philosophical expressions to communicate ideas. I chose the name so that people make a subconscious association between my music and Montaigne’s ideas. I also wanted a new name so that the music I released under my own name isn’t associated with my new music.

We’ve have been watching the video for ‘Clip My Wings’. It is very visceral and you’re all vulnerable in this white dessert – what is the meaning behind it?

The whole thing is a metaphor for being brought down to the ground after reaching great heights as a confident person. At the beginning you find me fallen to the ground and the entire video is basically me trying to get back up by fighting the forces that are trying to keep me down. There’s one shot where land Montaigne is watching falling Montaigne: it’s autobiographical and refers to a time in my life when I was watching myself struggling and suffering with something. In the song, I fight and fight, and eventually sprout wings again and get up off the ground. The interesting thing about it being nonlinear is that it can be seen a recurring process. People don’t go through just one conflict in their lives and then the rest of their lives are perfect – struggle happens all the time and you often need to overcome adversity over and over again.

Your national tour starts at the beginning of October. Are any of the venues close to your heart?

I really like Goodgod Small Club in Sydney because it’s very culturally rich and it’s got a really nice vibe. I also have really fond memories of Northcote Social Club in Melbourne. I played there when I was touring with Japanese Wallpaper and the stage was really cool, the room was great and the people were really lovely. I haven’t been to any of the other venues on the tour but I am excited to see them.

What can audiences expect from your live shows?

You’ll hear all the songs from my EP [The Life Of Montaigne] and my single, ‘Clip My Wings’. Apart from that there will be some new songs I haven’t recorded yet. I don’t want to give too much away – you’ll have to come to one os the shows to find out!

Do you have any crazy pre-show rituals?

I do actually. Just before we go on stage, my band and I stand in a circle, put our hands out over each others’ and go ‘quack, quack, quack’ – it’s from the Mighty Ducks movie – and then lift our hands and shout ‘Monteam!’ Every time we feel awkward and fucking weird because we have a gig we do it and it’s become a bit of a joke – I don’t even know how it began!

That’s hilarious! And fantastic. So, what has been your most memorable live show to date?

The last Japanese Wallpaper show I did was amazing. One, I felt like I destroyed that show and two, the crowd was great. It was pretty much a full room and from stage I could see the entire front two rows singing my lyrics at me, which felt incredible.

The Plus Ones is all about the coolest things to do in Sydney. What’s your favourite venue to perform in here?

The Metro Theatre – the stage is big and I like the space and the way the audience is situated.

And your favourite venue to be a member of the audience in?

I really enjoy going to Oxford Art Factory. It’s got a good vibe and is always nice to be in. I also love Enmore Theatre because it’s huge, the music always sounds great and you always feel like you’re part of something special.

What’s your favourite thing to do in Sydney in the summer?

I like running – I  have been doing laps around Centennial Park recently – and walking around the city. The best thing about summer, though, is going to gigs. I don’t go much during winter because I hate going out in the cold, but during summer I’m really on top of it and try to go to several each week.

Rosie Pentreath is a freelance arts journalist who moved from the UK to Sydney in April 2015, just to shake things up a bit. Formerly Digital Editor & Staff Writer at BBC Music Magazine, her writing has been published by BBC Music Magazine, Homes & Antiques magazine and The Debrief, to name a few. When she’s not writing, she’s most happy running around with a Pentax MV1 SLR camera or discovering as much new music as she can. Rosie tweets at @RosiePentreath