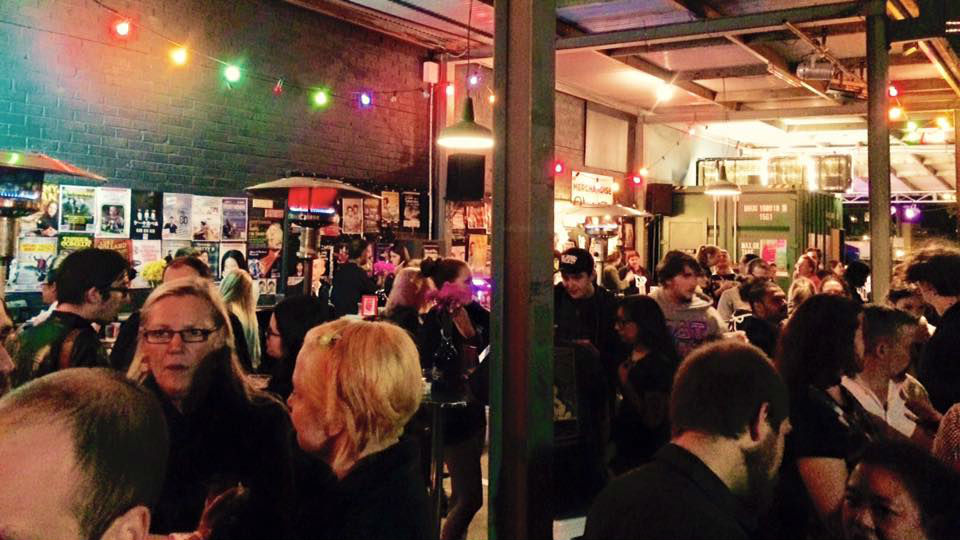 Last Thursday night SUFF began at a very unusual location for film festivals, at the Factory Theatre in Marrickville. It was sponsored by a very unique beer company – a local brewery in Newtown, and screened a very particular 3D film- a ´pornographic ´ love story that won’t make you feel sick at the end. Everything that happened that night was an honour to the festival’s name, and that was just the beginning. 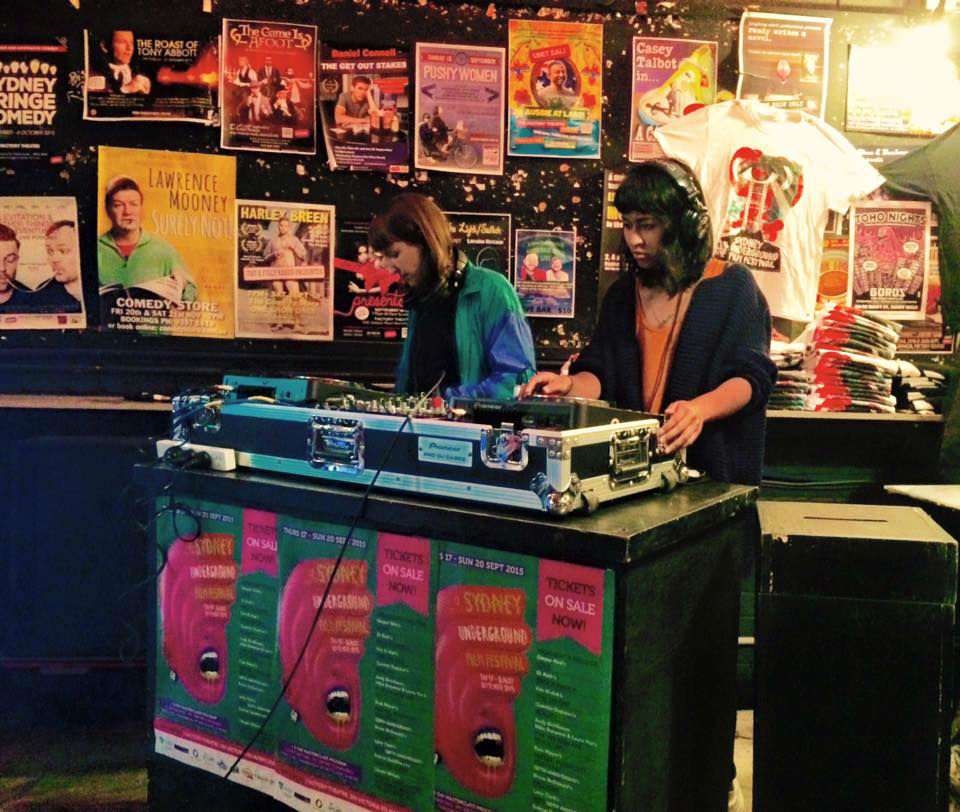 The night started off with the eager audience arriving at The Factory Theatre in Marrickville. This is such a great venue whose look pays tribute to the word ´Indie´ and ´underground´. It is a centre where independent, and in this case, underground, artistic events happen. The crowd showed up right on time helping themselves with heaps of artisanal black beer from the tap at the bar downstairs. Soon we were given the green light to get in the cinema, a cinema you wont see every day. We were welcomed by a very particular host, with mysterious voice who pointed out to us a ´little present´ we were left on the chairs, which included a chocolate, appropriately shaped like a red heart. The host also threw around some spicy words, which got us in the mood for the film we ´innocently´ were about to be exposed to. Before the projector rolled the festival’s directors came to the stage with a thank you and some house keeping messages, and we ended up singing the happy birthday song to one of them. First time ever I saw that happening and I liked it. 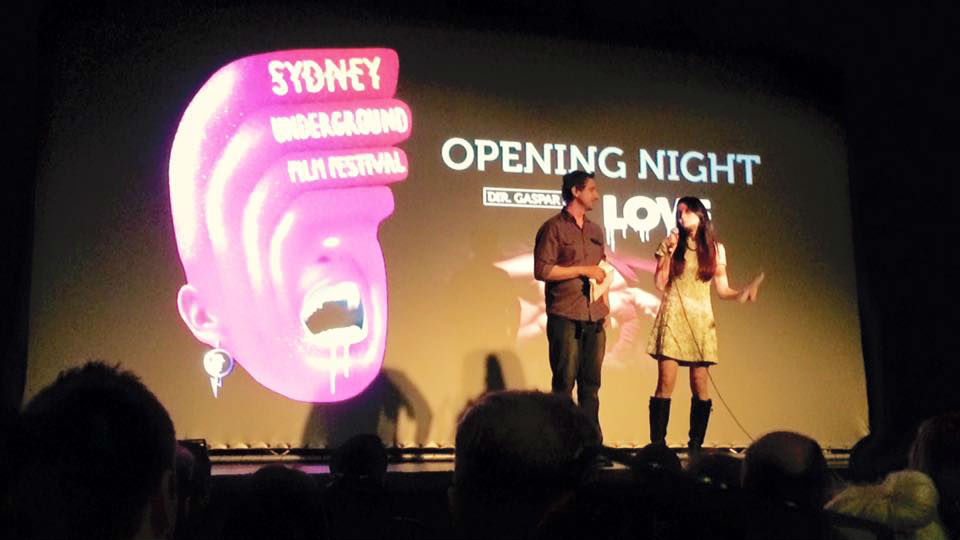 Now it was time for some ´Love´, so we put the 3D glasses on.

This French feature takes us into a very deep and exciting 3D adventure, where lots of explicit sex scenes are par for the course, as well as high drama around destructive, immature youthful love stories. It follows the memories of Murphy, the central character, and his past relationship with beautiful Electra. They both are studying filmmaking and arts respectively. He is from the U.S.A and judging by her accent, she is French. The film starts from the end, bringing us back to Murphy and Electra’s intimacy, relationship issues, life experiences together and so on.

The film is a very personal story telling endeavor, giving the audience the feeling of something they haven’t seen before: a very heavy and passionate French story in 3D, with unique scenes and style, where the only shots are frontal shots as if it were a stage play. From a visual perspective, it is outstandingly innovative. The explicit sex scenes are beautifully done, with amazing cinematography and very creative shots of penises, vaginas, breasts and orgasms, allowing the patrons to see the act of sex from an entirely different perspective.

There are two aspects in particular that draw attention. The first one is that even though it is a French film, with French actors (except Murphy and Julio) the dialogues are all in English without attempting to cover the accent. This connects it with the far-from-reality-stereotype of French people refusing to speak English, especially in Paris (?). And the second one, are the scenes where Murphy gets in trouble due to his aggressiveness. In these scenes he has very funny and interesting conversations with a very nice cop, who, to his face, tells him the truth about how wrong American culture is, at least in terms of relating to women.

It might be tricky to catch the film in commercial releases at the cinemas, but if you have the chance, it is worth giving it a go due to its uniqueness and the film’s very personal touch.

For the SUFF full film program and events please visit its website.

With the best curatorial process put in place for cinema lovers to enjoy films that literally will be amazingly hard, if not impossible to catch (even at Indie sites), the success of SUFF putting together such a film going experience is clearly reflected in most of their already sold out sessions. 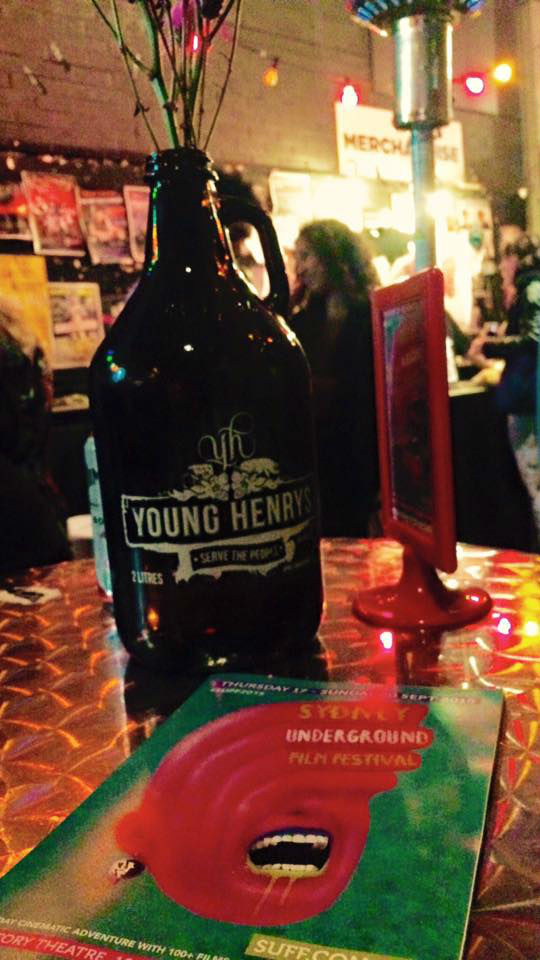 From the design and layout of the logo, merchandise and website to the film selection, sponsors, venue and organisation, its clear that the festival continues to grow stronger. Determined to be as unique as their mission’s states, this year they partnered with The Sydney Film School  and together created a brand new section of the festival: the Masterclasses

These are our 3 picks from the ´underground´ Masterclasses– as here is the only place and time you will get to attend them. Why not enrich your weekend with the SUFF 2015?

With emerging technologies and new hybrid exhibition platforms, alternative distribution models are no longer the experiment but are the norm for a vast majority of filmmakers. This masterclass has gathered three diverse practitioners including Richard Sowada (Programming ACMI/Perth RevFest), Neil Foley (Founder of Monster Pictures/Monster Fest) and Dean Francis (Filmmaker/self distributor of Drown). A must for anyone wanting to discuss the future and new directions for distribution, creating an audience, online strategies and pitfalls to avoid when planning your film.

Are you an emerging Writer/Director looking to develop both your directing and working with Actors skills? In this masterclass, Platon Theodoris will share his insights into the writing process for a director, how to give scripts life by connecting an audience with pivotal characters and ensure each role on the film set fulfils the one vision. Platon will also discuss dual roles as director/producer and the importance of art direction and locations in creating mood and tone to find the balance between personal art and creativity and commercial sensibilities.

Chad Atkinson will host a workshop focused on the low budget filmmaker and budding special make-up artist. Chad will talk about his 20-year career as a special FX make-up artist from Los Angeles to Australia, giving out ideas for creating cheap gore effects to some advanced ones. Chad will provide a basic recipe in blood making and other store bought creations for cheap guerrilla style FX and will also include a demonstration on how to apply a silicone transfer prosthetic for a realistic effect for film.

For further information on this Masterclass click here  and for tickets here.