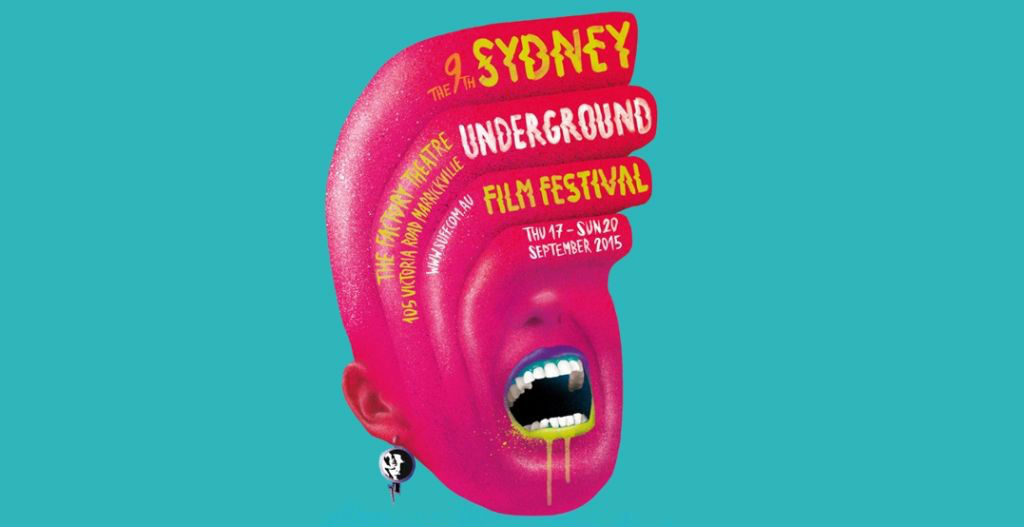 The 9th edition of the Sydney Underground Film festival starts on 17th September, and goes until the 20th September, at the Factory Theatre in Marrickville.

This festival has a very clear mission, which is screening cutting edge themed independent cinema, often confronting and unusual. That way the audience is transformed by challenging their minds and concepts, while promoting films that don’t really have a big presence in mainstream cinemas, and actually throughout the film world.

The SUFF promotes an alternative culture through films and delivers a high a quality event changing the usual cinema viewing experience that most of us are used to. While enriching film goers lives, the festival also serves as a platform for non-commercial and independent filmmakers, where their films have the chance to become the centre of attention and discussion. There are also a number of special events including this great Opening Night- Film and Party , the Closing Night  and some Secret Screenings and Masterclasses that give the festival a practical side as well.

ALL THE TIME IN THE WORLD 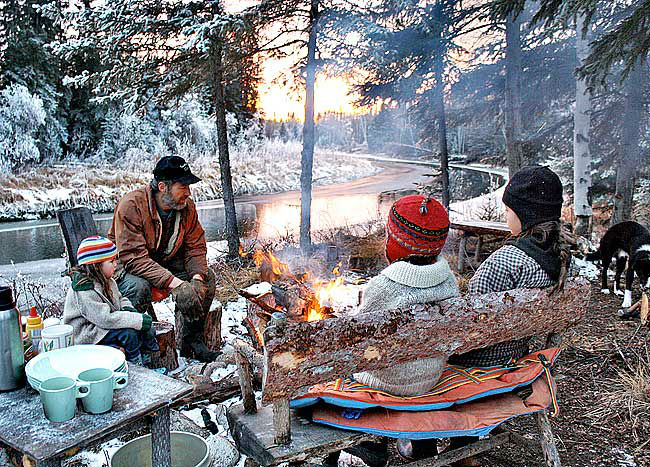 This stunning documentary take us to the remoteness of Yukon- very close to Alaska, where a family of 5, plus two cats and the awesome Max, their dog, find somewhere to call home and regain their lives for 9 months. Suzanne Crocker is the all-in-one woman of the film. She is the scriptwriter, narrator, cinematographer, sound recordist, producer and mum. She decided to run an experiment to show her kids, along with her husband, what life is like and what life’s is meant to be without the burdens of the modern world starting by the absence of technology, electricity and time protocols. They leave the comfort of their home to take part in the adventure and challenge of their life.

All the Time in the World is a real life story that touches our hearts, and even when there is a screen in between them and us the film makes us feel like we are there too. Seeing this couple display such courage in order to show their kids a whole different world in the wild is scary as well as exciting and jaw dropping. They will show viewers what real disconnection from the modern world is: being prepared and to re-learn how life was before electricity and comfort, as well as some survival techniques for the freezing weather of Yukon. These are just the beginnings when starting an unimaginable life from scratch.

That is how this family sets out as they discover the most beautiful landscapes of North America, which at the same time can be the cruellest with temperatures of -30. They pack food (and not the ordinary stuff you’d think) as they will learn how to cook real food as it was meant to be before butchers and bakers. They also pack proper winter gear, including traditional sleds used in the past to have fun in the snow, and some tools to build up wooden structures to store their food away from the wild animals. Last but not least, they make sure their 3 little furry buddies- two cats and a dog, come along. These loving animals are committed to provide hours of fun and warmth as shown throughout the doco.

The story itself is astonishing enough to keep you craving for more, but there are two aspects in particular that we will never forget about it. The first one is the creativity of the kids who make games to spend their free time on when they are not cooking or surviving. The second one is the commitment and alignment of each of the family members including their pets, to participate and make the best out of their time in Alaska and their mum’s project.

We cannot finish our recommendation of this film without highlighting how incredible and talented Suzanne Crocker is. She is not only the director of the film but also the mum of this beautiful family, and while trying to survive the roughness of the life in the wild, she manages to get the most authentic and unique shots for her doco as she also played the part of the camera woman. How did she do that? She is definitely a female filmmaker to keep an eye on for upcoming films.

The film has achieved awards in many festivals around the world, and Australia will be able to enjoy it thanks to the guys of the Sydney Underground Film festival in Sydney, and the Environmental Film festival in Melbourne.

Get tickets for the only screening of this unmissable doco here

Last but not least, the following are the films we will be looking forward to watching over the 9th edition of the Sydney Underground Film Festival.

NUDITY AND LOVEMAKING ESCENES ON THE BIG SCREEN AS ONLY FRENCH CINEMA KNOWS HOW TO DO IT…. YES PLEASE! LOVE

The latest film from French provocateur Gaspar Noé (Irreversible, Enter the Void), Love set chins wagging at this year’s Cannes Film Festival. From in-your-face money shots to point-of-view penetration, this crazy kaleidoscope of flesh demands to be seen on the big screen in all its 3D glory. It all starts early on January 1st, when filmmaker Murphy wakes up next to his wife and two-year-old child to find a voicemail from his ex-girlfriend’s mother. She’s sick with worry and afraid something bad has happened, which starts Murphy reminiscing about the greatest love affair of his life. Burning with passion and flavoured by promises, games, excesses and mistakes, Love is not merely an exercise in style over substance. Rather than coyly sidestepping the physical expression of its titular emotion, Noé daringly explores the emotional foundation of sex, mirroring Murphy’s ambition of making “a movie that truly depicts sentimental sexuality.”

Get tickets for the Opening Night and only screening of Love on Thursday 17th 7.30pm

DEPICTING THE ROUGHNESS IN NEW YORK STREET LIFE, STARRING A REAL LIFE CHARACTER WHO IS ALSO THE WRITER OF THE FILM… THAT IS CHALLENGING. A MUST WATCH FOR THE SAKE OF FILMMAKING: HEAVEN KNOWS WHAT

Harley loves Ilya. He gives her life purpose and sets her passion ablaze. So when he asks her to prove her devotion by slitting her wrists, she obliges with only mild hesitation. This might possibly be due to the other all-consuming object of her affections: heroin. Directed by celebrated independent filmmakers Josh and Benny Safdie, Heaven Knows What blends fiction, formalism and raw vérité as it follows a young heroin addict who finds mad love in the streets of New York. While researching another feature, the Safdie brothers came across Arielle Holmes and encouraged her to write her story down – and it is this tale (the soon-to-be-published Mad Love in New York City) they turn into a striking, revelatory film. Here, Holmes plays a version of herself that simmers with an intense, unparalleled sense of authenticity. Through her story, Heaven Knows What provides a powerful and alarmingly realistic insight into a subculture rarely encountered in contemporary cinema.

VAMPIRES, ANIMATION AND ACTION SHOTS JAPANESSE STYLE… SOUNDS LIKE A WINNING MIX. YAKUZA APOCALYPSE-: THE GREAT WAR OF THE UNDERWORLD

Yakuza boss-turned-vampire Kamiura has tight control of his turf, shaking down the local population for their hard earned and their plasma! When a rival cartel rolls into town – consisting of a bad-ass witch-hunter with a Django-like coffin on his back, an ultra-violent anime geek and a water-demon with terrible personal hygiene – all hell breaks loose, and that’s only the first act. Yakuza Apocalypse dives headfirst into bat-shit craziness, and then a giant frog turns up so any remaining rules of cinema go out the window. Here, Takashi Miike stirs everything he can into the mix: slapstick, body horror, stop-motion animation, and vintage giant monster carnage is all included. Returning to his roots V-Cinema (the low-budget, often X-rated direct-to-video gangster films that allowed the helmer to mash up genres in darkly imaginative ways), Yakuza Apocalypse showcases Miike’s demented, visionary brilliance and confirms him as one of the most distinctive cinematic talents of our generation.