With the launch of the 2015 Sydney Film Festival, prepare for a diversity of incredible shorts, cinematic wonders of features (including titles from Cannes, Tribeca and SXSW film festivals), culinary experiences, glamorous award ceremonies, and much more. Below is your quick run-down of the best of what’s on, before The Plus Ones venture into the festivals ourselves to bring you our top pics. 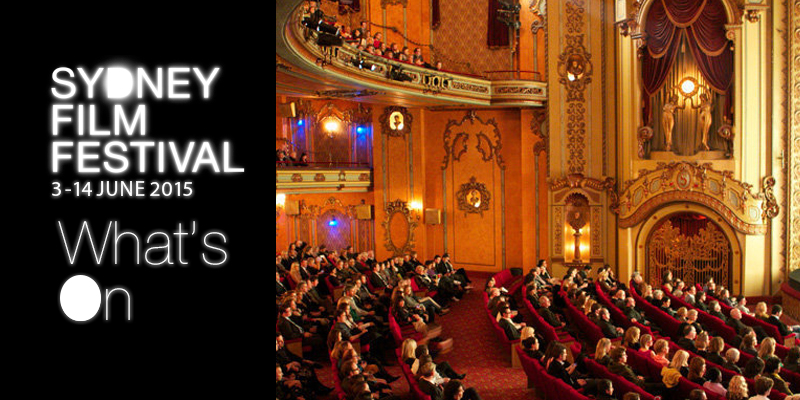 Opening Night Immerse yourself in a glamorous Hollywood night of film and celebrity, at a gorgeous venue. Enjoy Brendan Cowell’s directorial screening, followed by an exclusive after-party as you take in the harbor from Cargo Bar.

For the Foodies Are you part foodie, part cinevore? Enjoy catering from some of the city’s best eateries coupled with incredible wine and beer (from Eden Road and Little Creatures, respectively), as you view some stellar culinary-centric world films.

Short Films and Awards Dress to impress, as you attend the 46th Dendy Award Ceremony for Australian Short Films. Featuring the best of Live Action, Animation, and Directorial Excellence; find out first-hand the short films to go on your must-watch list.

Then take in your pick, from a selection of the best in short films, out of thousands from the world over.

Hot Tickets and Features Spanning every genre of the scene, designed to thrill, excite, enlighten or cause controversy; if you’d like to watch the best of the fest from the most incredible of storyteller and directors, here is a list of the current hot tickets and features to check out.

A Night at the State Theatre No film festival experience is complete without a night at the gorgeous State Theatre in Sydney. Featuring such films as Mr. Holmes and Phoenix, there’s something for everyone.

Drive-In to the Classics People don’t go to nearly enough drive-ins these – a quintessential part of the movie-goer experience. Make this your excuse to visit Skyline Drive-In, and enjoy a throwback to the olden days with themed diners and old-school sci-fis.

Freak Me Out? Up for something a bit ahem…non-traditional? Experience the sort of cinema that is a far cry from the norm of the festival, and enjoy fringe film making in all its strange, shocking and crazy glory. You never know, you might just love it.

The Closing Night and Award Ceremony As the festival comes to close, celebrate cinematic excellence with yet another award ceremonies featuring the best of the best of 2015, followed by the closing night screening of the breathtaking “Holding the Man” – a bitter-sweet story of love and tragedy.

With hundreds of stellar films on, make your pick of one of the three Flexi Passes available, and stay tuned as The Plus Ones make their way through the festival to keep you updated on the best of the fest – what to and what not to do or watch.