From creative, to genius, to downright kooky – art can wear many a facade. But, lets face it – it can also be boring. The Plus Ones are taking the “hit-and-miss” factor out of your next attempt to explore your artsy side, with 5 of the most intriguing,  fascinating and fun exhibitions on in town now. 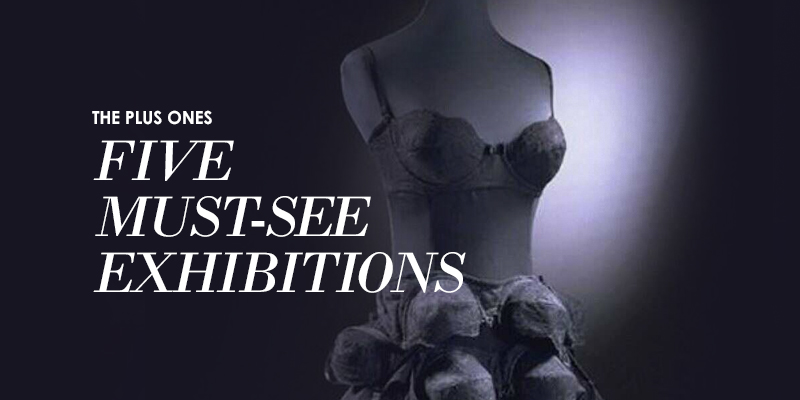 UNDRESSED: 350 YEARS OF UNDERWEAR IN FASHION

Organised by the world’s leading museum of art and design, the Victoria and Albert Museum, London, this exhibition features more than 80 garments from the V&A’s extensive collection of underwear, many which have never before been on public display. It spans 350 years of fashion history, bringing together the garments that secretly and privately reduced, lifted, padded, adorned, revealed and concealed the body.

From peg dolls to Barbie, tin soldiers to spacemen, come and see over 200 original toys and treasures that capture the spirit of play and the creativity of Sydney’s unique toy story.

Take a fascinating look back at the beloved toys of generations of Sydneysiders and discover the stories of our city’s toy manufacturers and famed toy sellers. With an absorbing mix of the familiar and the forgotten, the exhibition promises a captivating trip down memory lane for people of all ages.

This exhibition examines how design has been applied to information technology products; and about how a handful of companies made complicated technology appealing and easy to use.

It is also about the visionaries who started some of the great consumer product companies of the 20th century and how the designers and engineers they hired found a means of imparting their ideals into the products they designed.

Following a sell-out season at the Hayward Gallery in London, the spectacular Light Show comes to Sydney this winter.

Light Show features works from the 1960s to the present day by major international artists. Ranging from atmospheric installations to sculptures that you can move around and even through, Light Show invites you to experience the spatial and sensory effects of light in a myriad of forms.

Constructed by Ryan McNaught, one of only 12 LEGO® certified professionals worldwide, this exhibition celebrates tall and extraordinary buildings from Australia and Asia. Some are engineering head-turners while others are technical marvels.

Some of these eye-popping giants, like the Shanghai Tower, pioneer new ways of living, while others like Singapore’s Marina Bay Sands are instant global landmarks. Some are green, others lean. Some are strange and other-worldly, others are breathtakingly beautiful.

Markets of the Season