Melbourne Theatre Company closes out their 2022 season with the feel-good show Sunshine Supergirl.

It’s the story of Wiradjuri Australian sporting legend Evonne Goolagong Cawley. Her accomplishments are many. She was the first Indigenous Australian to win a singles grand slam and went on to be ranked the number one tennis player in the world. Born in 1951, she became a household name by age 19. (For younger tennis fans, Goolagong Cawley mentored Ash Barty.) 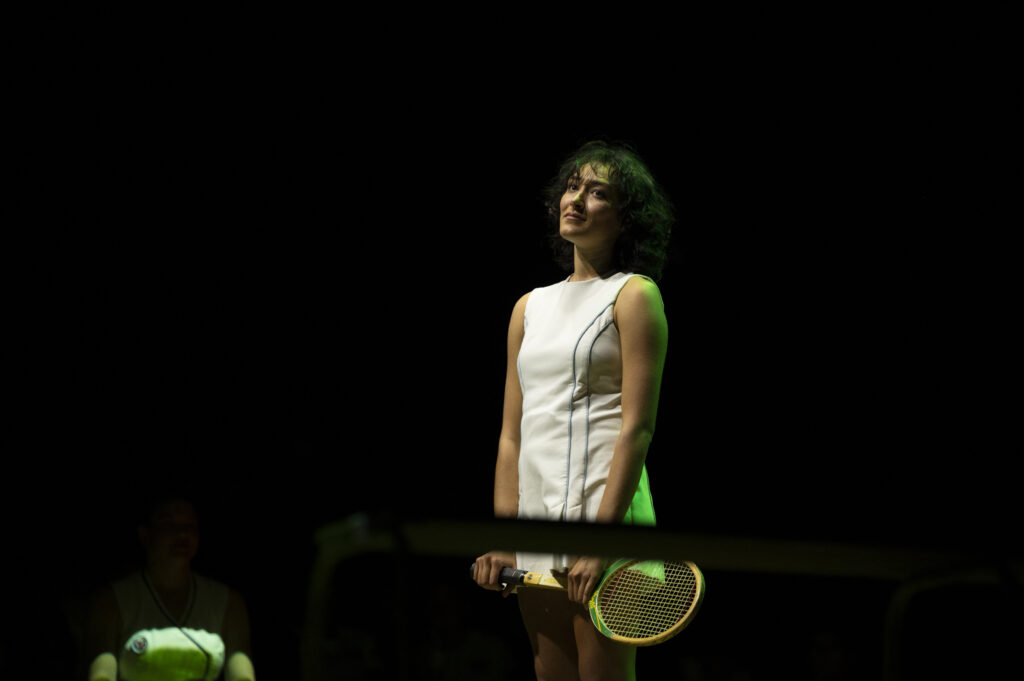 Facts and figures of Goolagong’s many wins could fill this page. However, the Sunshine Supergirl story is personal. Actress Ella Ferris narrates as Evonne. Ferris gently brings the audience along on Goolagong’s journey. We experience her joy as a young child in rural Australia hitting a ball with a racket fashioned from a fruit crate. We follow her as she boards a flight for the first time, destined for tennis training in Sydney. We applaud her wins in Wimbledon and hold our breath when she competes in apartheid South Africa.

The show touches on darker aspects — racism, sexual harassment, violence against Aboriginal peoples, and Stolen Generations. It would be impossible to tell this story without acknowledging the political landscape and its personal implications. However, it’s not the focus. For every harrowing moment on stage, there’s double the amount of joy, triumph, laughter and light. 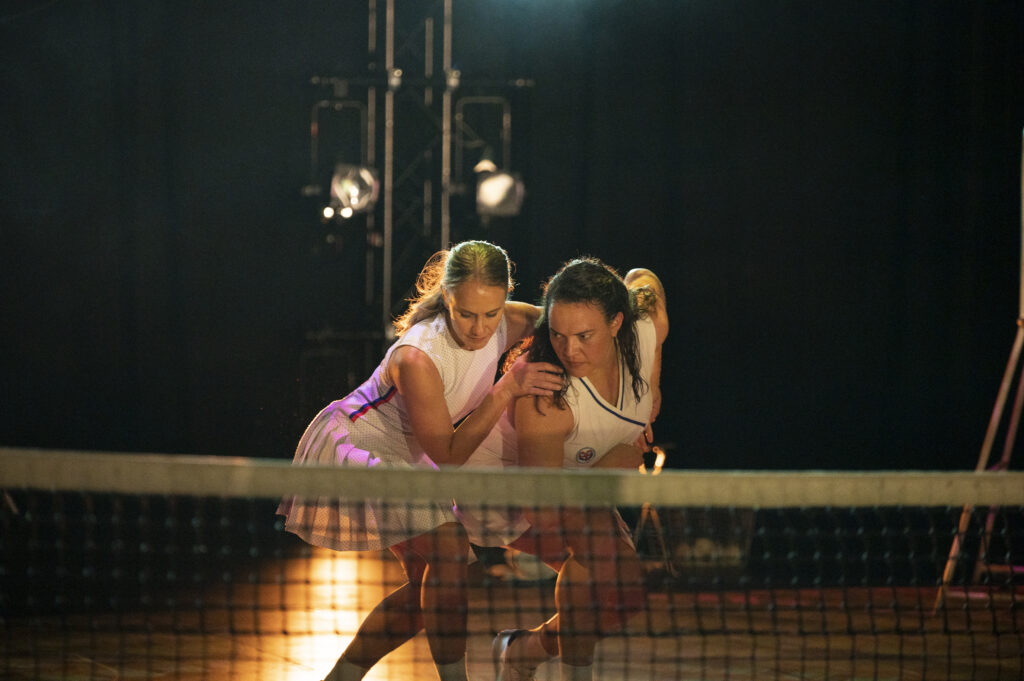 ‘Courtside’ seating flanking both sides of the stage draws the audience into the action. At first glance the design might look deceptively simple, but it’s considered. The costumes take us through a multi-decade journey with different white tennis dresses and lighting projections seamlessly change the stage from a river bank to a tennis court to a laundromat.

Goolagong earned a reputation for her grace on the court; choreographed movement brings the action onto MTC’s stage. The actors’ dance training is evident, as is the choreographer’s hand in the show’s development. 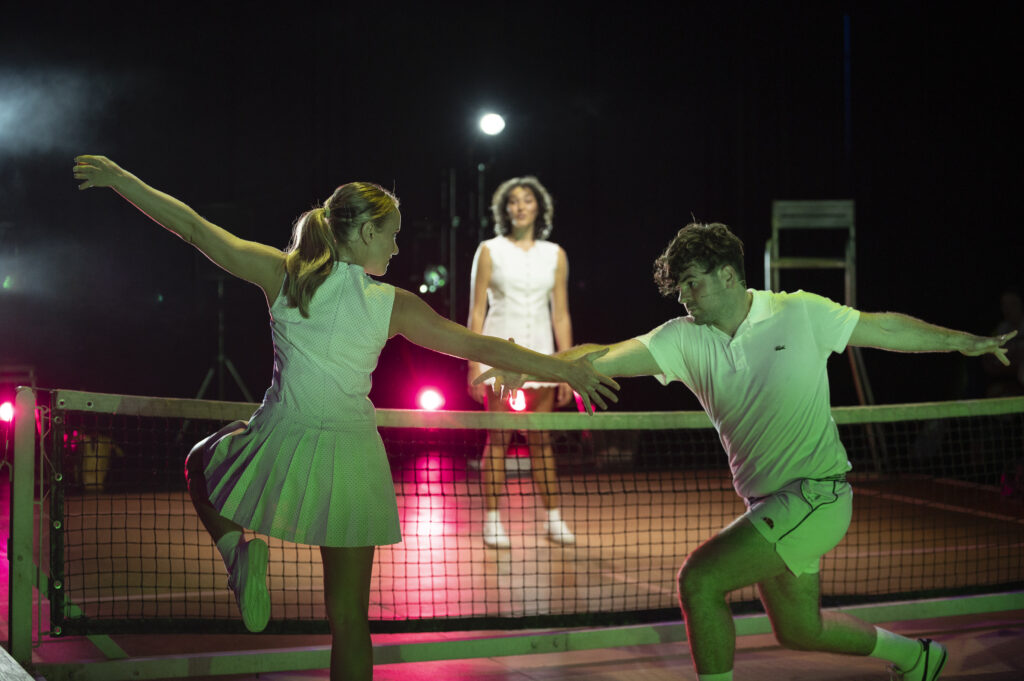 Writer/director Andrea James drew on a number of sources when researching her production. However, she calls it a dramatisation for stage, not a documentary. Her tale intertwining personal and iconic moments landed James on the shortlist for the 2021 Victorian Premier’s Literary Award for Drama. 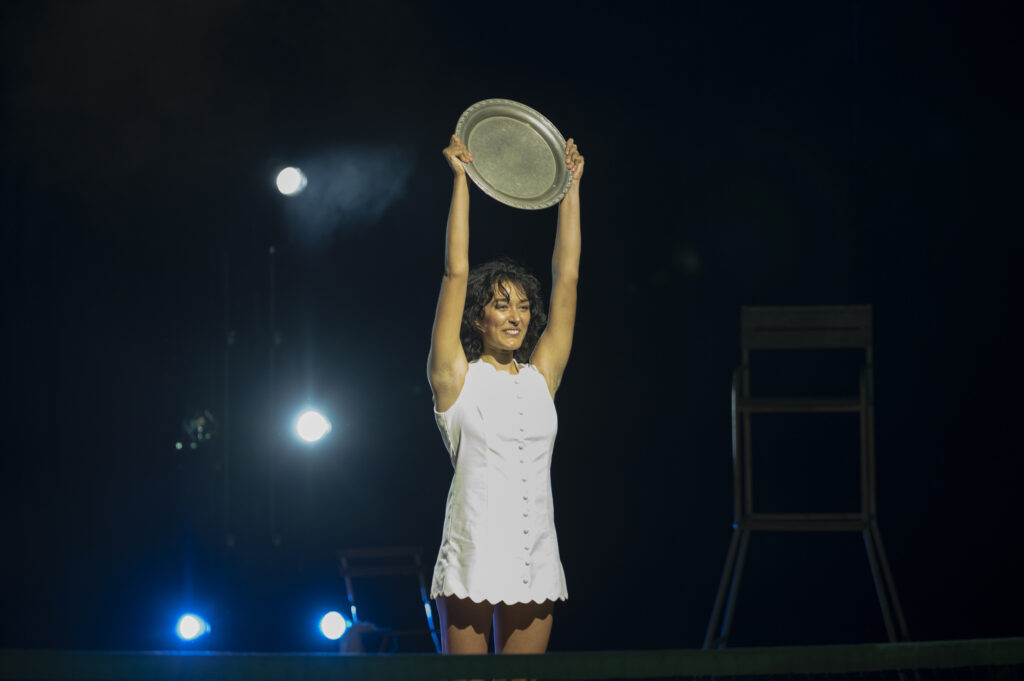 Billed as, “a quintessentially Blak Australian story about a girl from the bush who dared to dream.” Sunshine Supergirl is the show to see when you want to walk out of the theatre feeling better than when you walked in.

– Jenny
Jenny Schmidt is an event adventurer. When she’s not attending live shows, you can find her sampling the latest craft beer or sipping a creative cocktail.
Sunshine Supergirl runs through 14 December at Southbank Theatre, 140 Southbank Blvd, Southbank VIC 3006. (Run time approximately 1 hour and 35 minutes with no interval.) This venue is accessible. Buy tickets now.
Aboriginal and Torres Strait Islander patrons are advised that this performance contains references, images, and depictions of people who have died.

Disclosure: The Plus Ones were invited guests of Melbourne Theatre Company
Photos by Paz Tassone

David Strassman brings The Chocolate Diet to the Athenaeum