Sometimes we see theatre for the glitz, showmanship, big dance numbers, and catchy songs. In other shows, it’s the stories and characters that leave an impression long after we’ve left the building. Melbourne Theatre Company’s production of Girls and Boys is the latter.

Girls and Boys is a one woman play, performed by Nikki Shiels, on a stripped back stage. The space is sparsely furnished with a couch, desk, camera, coffee table, and a few chairs. The show’s online description doesn’t reveal much either. But prominent contact information for Beyond Blue mental health support and 1800 RESPECT in ‘Attendance Information’ provides some clues. 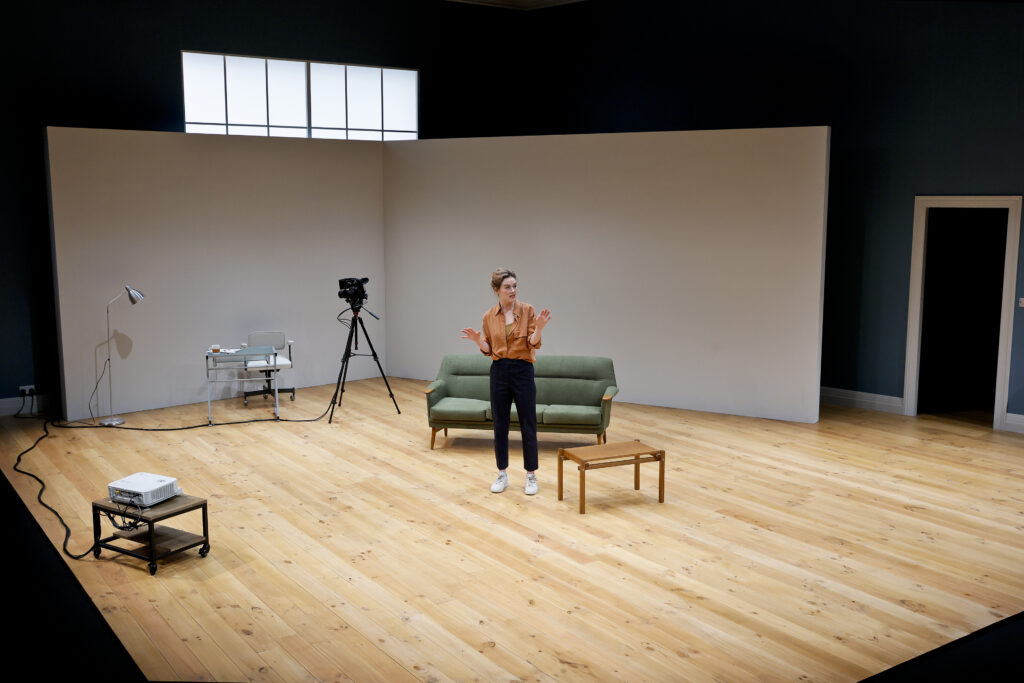 The unnamed protagonist is engaging, relatable — a bit of an ‘every woman’. She meets a man, falls in love, gets married, builds a career and has two children (a girl and a boy). She’s someone you could easily imagine knowing, or perhaps you see parts of yourself in her. Her journey is a common, desirable one. Even when things initially take a turn, her experiences will likely sound familiar to some. Escapism this is not.

Shiels is an understated force on stage. She holds the audience’s attention for the entire show (which runs for nearly two hours, without an intermission). As the alternate actor for the recent sold out success The Picture of Dorian Gray, this isn’t her first foray into solo performing. Under the direction of Kate Champion, she reels in and captivates the audience with low-key storytelling, rather than high intensity histrionics. 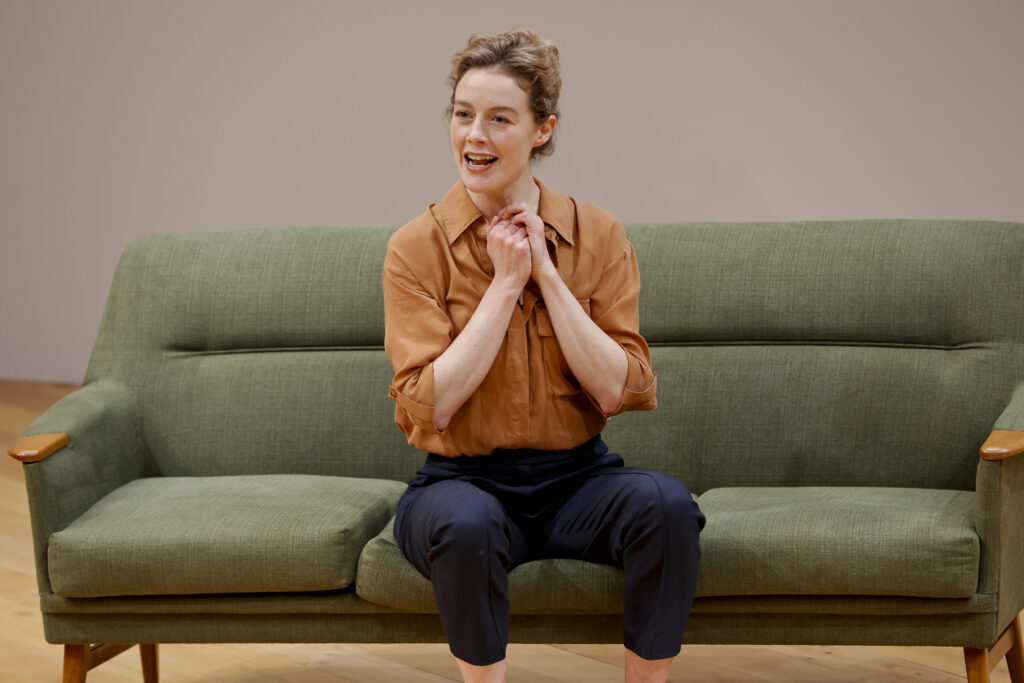 I have to applaud Melbourne Theatre Company for selecting Dennis Kelly’s British script as part of their 2022 season. It might not be as easily marketable as a big flashy show, but the award-winning playwright pens a different type of theatrical drama for the stage. Girls and Boys is humorous, dark, relatable, brutal, brilliant, and a punch to the heart. See it now.

– Jenny
Jenny Schmidt is an event adventurer. When she’s not attending live shows, you can find her sampling the latest craft beer or sipping a creative cocktail.
Girls and Boys runs through 26 November at Melbourne Arts Centre, 100 St Kilda Rd, Melbourne VIC 3004. (1 hour and 50 minutes, no interval). This venue is accessible. Buy tickets now.

Disclosure: The Plus Ones were invited guests of Melbourne Theatre Company
Images: Jeff Busby