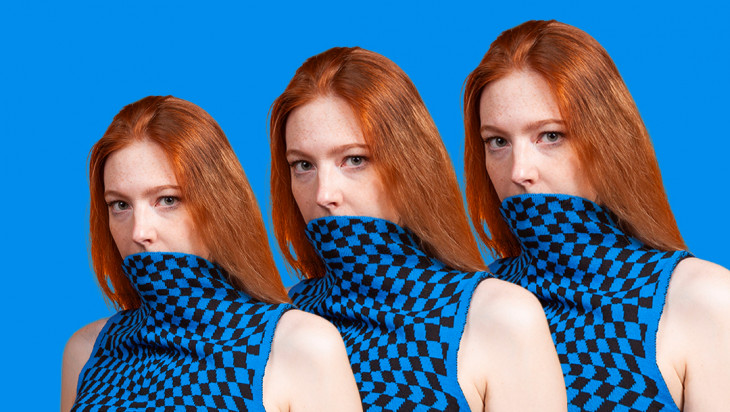 From the moment Lou Wall bounds onto stage with a delighted, mischievous glint in their eye, you know you’re in for a good time.

Bleep Bloop is a delirious joyride careening through stand-up and songs from gleeful self-parody and social commentary to a fast-paced rap in celebration of anti-depressants and an epic Facebook Marketplace anecdote staged as a 3-act operetta.

Among the numerous comic definitions of ‘bleep bloop’ which Lou offers (including that it was accidental), ‘post structural’ leaps out as particularly appropriate; for a start, it’s a knowing bit of nonsense. But it also conveys a sense of free-flowing looseness that is intentional and deceptive, for this show’s charm lies in the giddy feeling that anything could happen and yet it is clear Lou has a plan, knows exactly what they’re doing and where they are taking us. This is in no small part due to Lou’s irresistible energy but that alone won’t make an audience grin, giggle and guffaw consistently for 45 minutes. Even the slight technical glitches in the preview performance were handled with grace and good humour, such that it was all part of the rollicking good fun and briskly set back on track.

Lou Wall has charisma, talent to burn and a great deal of fun to make of themself and the world. If you’re not already a fan, and you’re looking for some fresh comedy from the next generation of up and coming performers, put Bleep Bloop on your list this Comedy Festival.

Bleep Bloop is now showing for the Melbourne International Comedy Festival until 24 April.

Christina is a writer, actor and theatre-maker who loves Melbourne and is just delighted to see it buzzing with live entertainment again.

Wheelchair access can be arranged upon arrival but venue staff will need to assist (eg. placing ramps)

Disclosure: The Plus Ones were invited guests of the producer: Natasha Phillips

Elevate Your At-Home Cocktail Game with A Mixologist Masterclass

The Umbilical Brothers: The Distraction at Melbourne International Comedy Festival