Melbourne, meet your new local. The Co-Conspirators brewpub has opened its doors to the public. The new venue is the result of blood, sweat, tears, passion, personality, and quite a bit of stainless steel. (The working brew house is in full view in all its shiny glory). 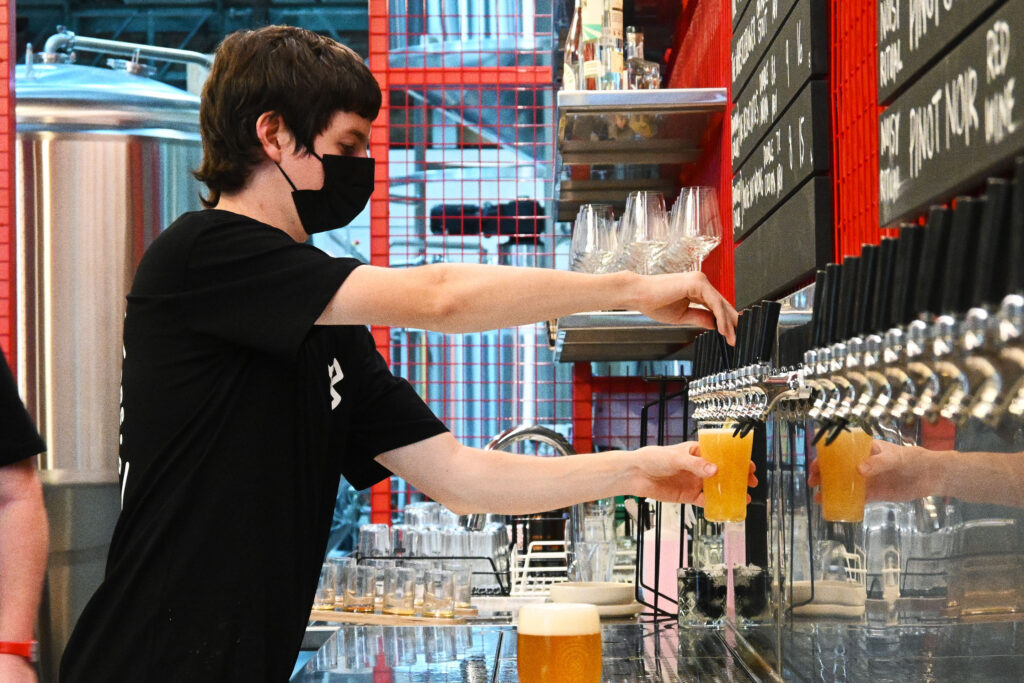 I’ve been eagerly anticipating the venue launch for quite some time, as the beer and the people behind it are both a delight. Founded by two couples in 2016 ‘conspiring’ to make good beer, Co-Conspirators grew from a home brewing hobby. (Maggie and Deon Smit and Jacqui Sacco and Tim Martin originally met at the home brew club Merri Mashers). Their personalities and passion shine through in their beers, with distinctive characters representing each of the beers they produce. Ex. there’s a perennially popular Matriarch New England IPA alongside special releases like Who Put Their Hand In The Kooka Jar – a chocolate raspberry pastry stout inspired by Kooka cookies. 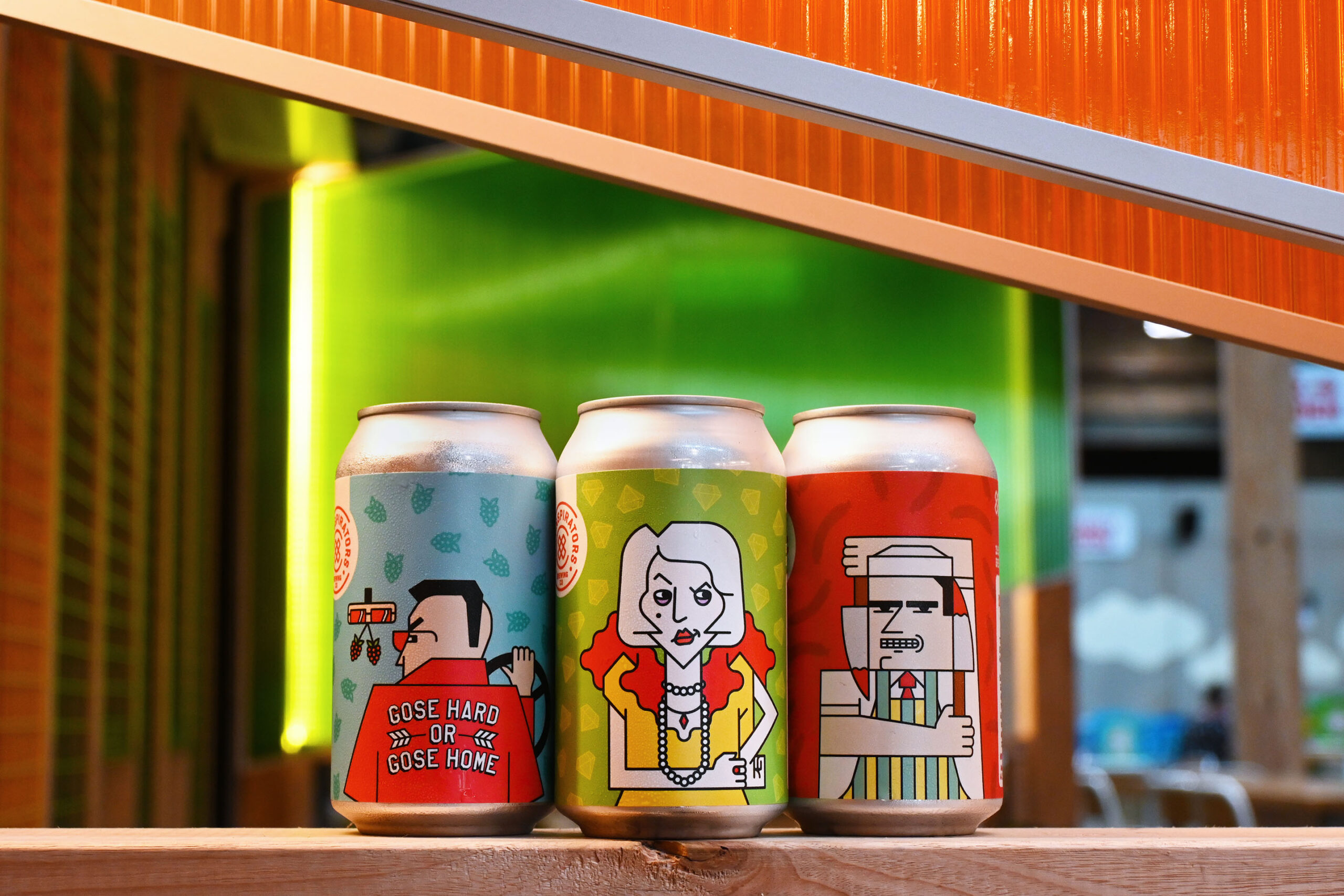 The new venue launched with a smoking ceremony acknowledging the traditional owners of the land. Following that, visitors were treated to a range of the Co-Conspirators beers including a new sessionable saision, fresh from the tanks and straight on to the bar tap. Beer is the main focus here with over twenty taps behind the bar, but you’ll also find seltzer, cider and Noisy Ritual wine, along with a tight selection of spirits. There’s also a family room, small beer garden, and a kitchen scheduled to open in 2022. 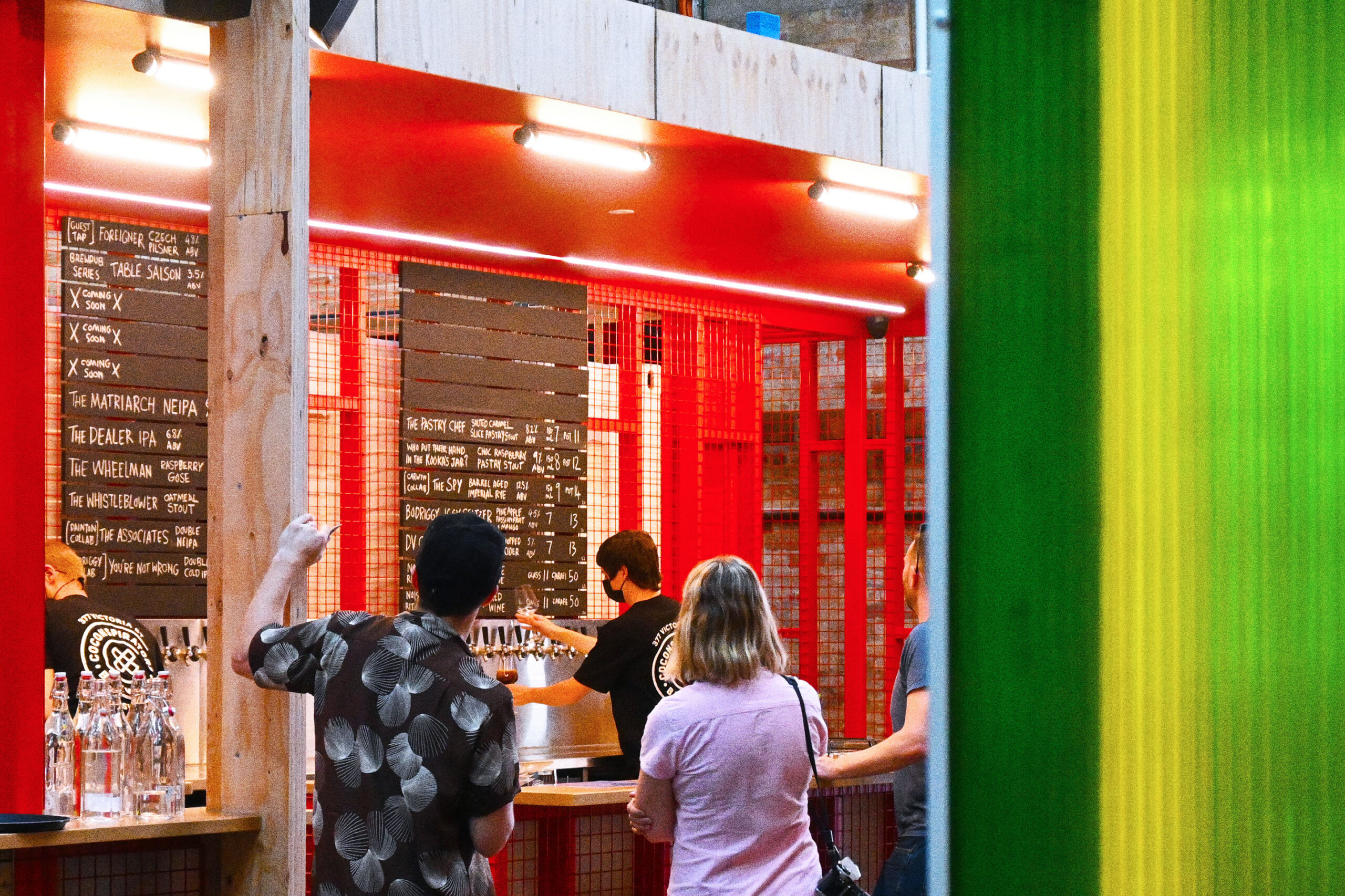 The journey from backyard home brewing to brewpub was a massive undertaking, which included covid delays, replacing the entire roof on the converted warehouse, and a major crowd-funding campaign. But the hard work has paid off with a welcoming space that’s a great addition to the Brunswick neighbourhood.

Stop in and enjoy a beer made from the heart by Melbourne locals.

Disclosure: The Plus Ones were invited guests of CoConspirators.
Images: Clint Weaver