GABS is back babbbby! Running as part of Good Beer Week, the Great Australasian Beer SpecTAPular is often described as “Disneyland for beer lovers.” And is there a better way to celebrate live events returning to Victoria than getting on the beers??

The event looks different this year after the festival moved from the stunning Royal Exhibition Centre (which is now in use as a covid vaccination site) to the Convention Centre. But the breweries in attendance still brought their A game. 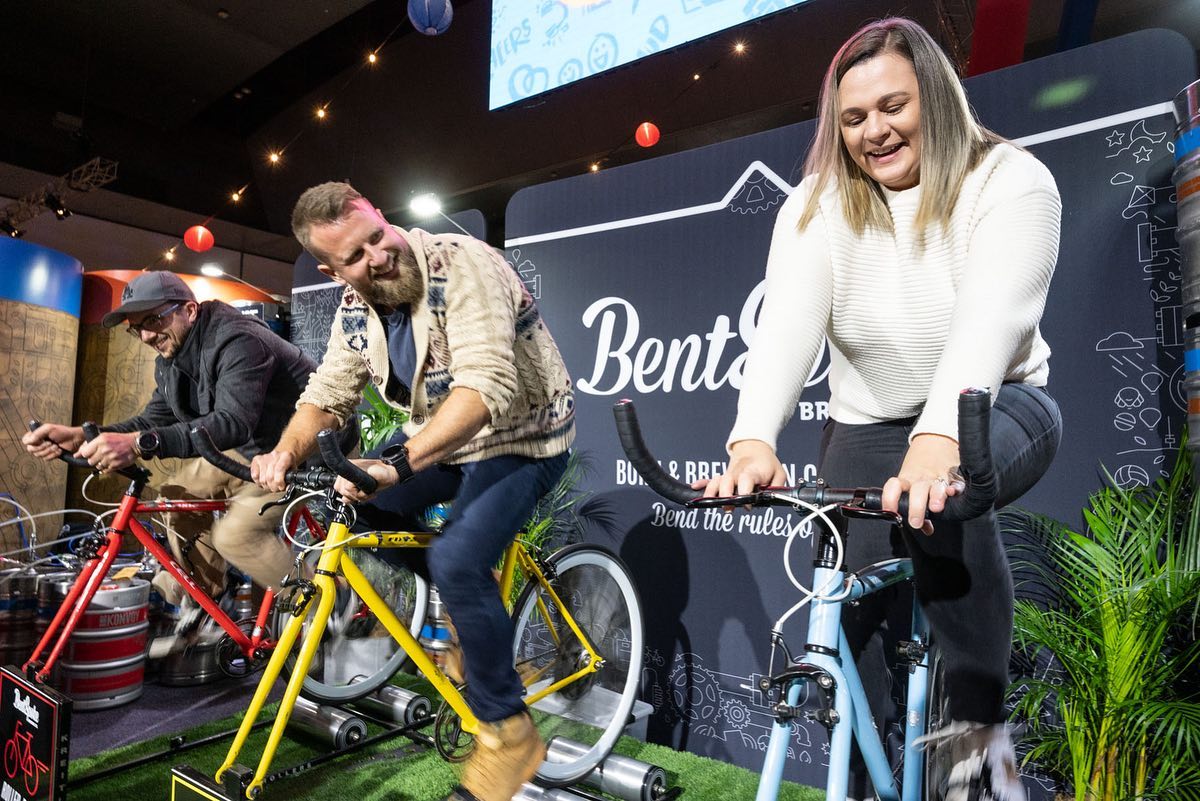 After a detour through the Convention Centre and nearly crashing another event, I made my way though the covid check in and ticket scanning queues and was greeted with a sprawling beer playground. The enormous space can accommodate 5,000 beer enthusiasts (which will be put to the test at the sold-out Saturday afternoon session).

One of my first stops, after making my way past the keg sculpture spelling out ‘GABS’, was a visit to the Modus Operandi party bus. Yes — there’s enough space to drive a roadworthy tour bus into the venue. The beers on offer included favorite core ranges from the brewery, along with GABS exclusives like a spicy michelada beer and a zesty margarita inspired beer. Next up I made a bee-line to Dollar Bill Brewery. The small family-run brewery won Champion Australian Beer at the Australian International Beer Awards on Thursday night and there was already a substantial line of beer lovers keen to taste Dollar Bill’s Belgium-inspired barrel aged beers. 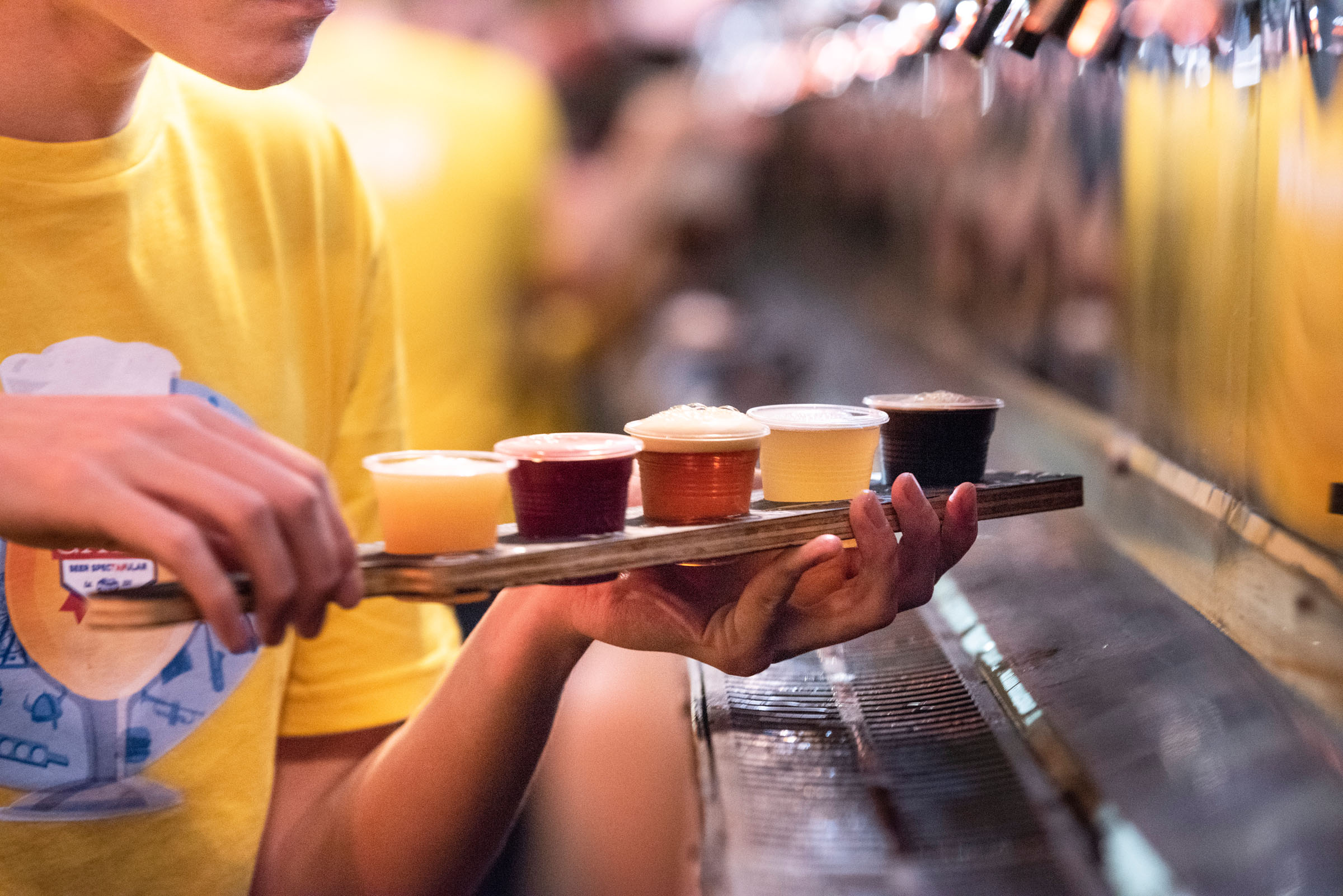 I also took it upon myself to attend a session at the Main Stage for some edu-tainment (and free beer samples!). The five course ‘degustation’ session didn’t feature food, but rather an opportunity to test our tastebuds and see if we could identify the food that inspired each of the beers. The diverse ‘degustation’ included beers flavoured like mimosas, spicy jalapeño tacos, avocado, lamb souvlaki, and a jammy Kooka cookie. 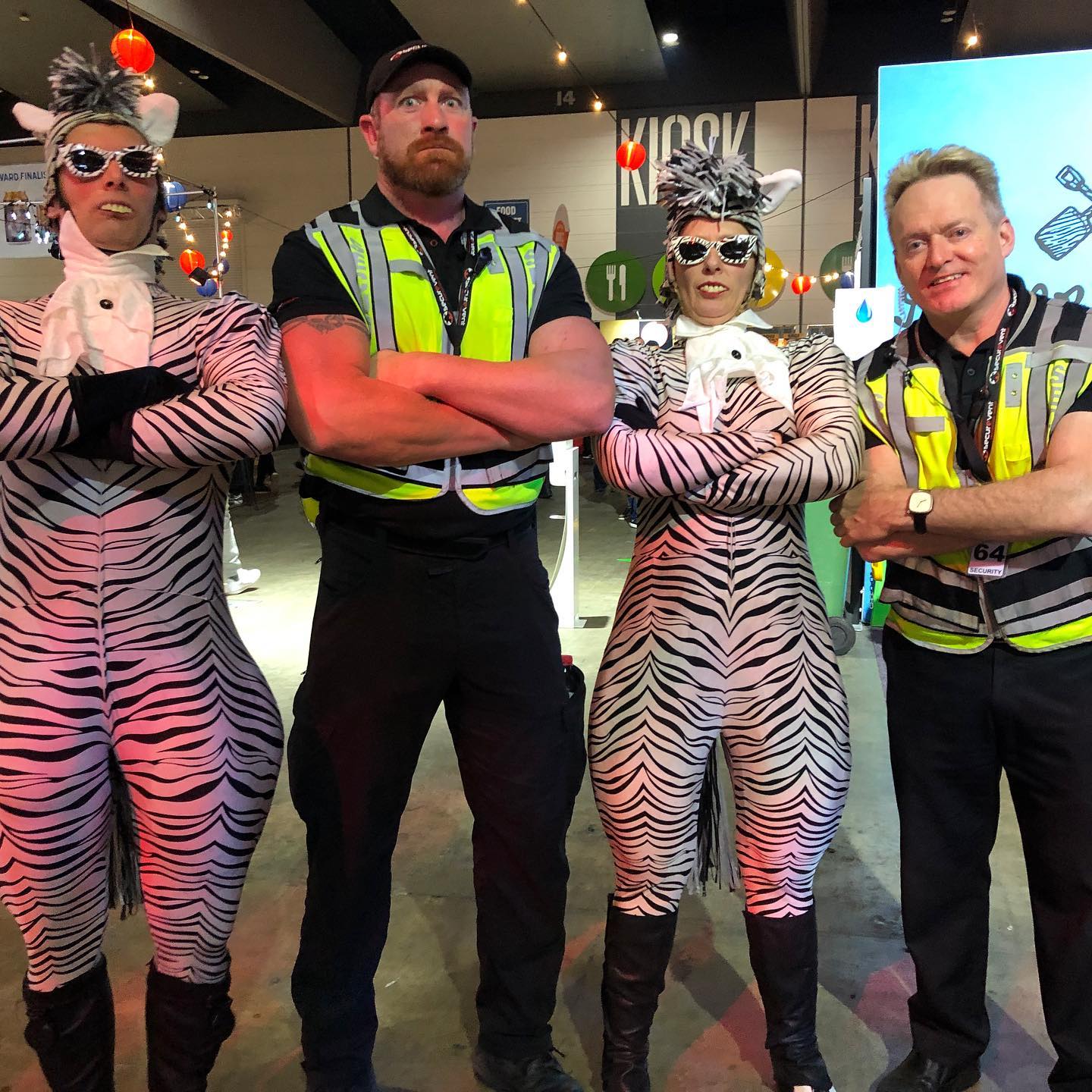 These foodie beers are part of a diverse range on offer at the container bars, which are pouring over 100 unique beers brewed especially for GABS from breweries across Australia. Other entertainment included a silent disco, stand up comedy, free barber hair cuts, biking at Bent Spoke, arcade games at Voodoo Ranger, corn hole at Mountain Goat, hilarious performers dressed as zebras, and the beloved roving Ale Capones band. With new management and a new venue, there are going to be some teething issues — The sound was one problem, with the PA announcements sounding garbled. And when the band was projected for the closing session songs, it was painfully loud (and this coming from a person who has a lot of experience shouting over loud music in bars). There were also some bottle necks with payment systems. When I attended the check in queues moved quite quickly, but I suspect there might be more of a wait time during the busier sessions.

But considering the ‘year the was’ in 2020, the new organizers did a cracking job trying to bring the spirit of GABS to the Melbourne Exhibition Centre.

-Jenny Schmidt
Jenny loves the magic of fermentation and supports craft beer alchemy.
GABS is running in Melbourne 21-23 May and in Brisbane for one day only on Saturday, 12 June.

Disclosure: The Plus Ones were invited guests of Rocket Comms
Images: GABS