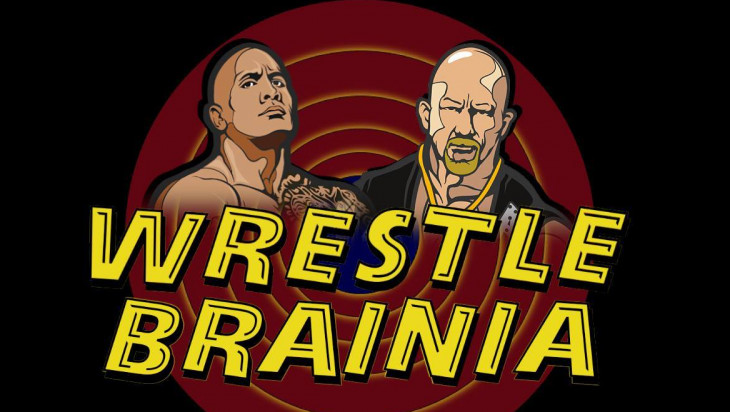 WrestleBrainia, for those not in the know, has been a staple addition to the Melbourne International Comedy Festival for half a decade, dedicated to you, the humble wrestling fan. The panel-style quiz show has seen many renditions over its tenure, booking together comedians and local wrestling talent, (in, around, and above the ring), to square off in the glory of proving who has the facts, and who relies on the acts.

On the very last day of the Melbourne International Comedy Festival, The Plus Ones were invited to pursue the final show of the festival run at The Catfish Bar. Host and creator, Geoff Setty, welcomed those in attendance to what was promised to be a slightly more raucous show than usual.

Two teams faced each other in a blaze of heightened frenzy as any showing off of acute wrestling knowledge became secondary to the comical comradery and banter. The rivals consisted of Team WrestleRock, (Jules and Fresh, led by Captain Tosh Greenslade), versus Deathmatch Downunder, (Captain Jacqui Picone, KrackerJak and Gore). Hawko served as the referee and subtle heel to Setty’s comical attempts to keep the show on the rails.

Insults were thrown, trophies were demolished, twists and turns were to the fore, some various items were stapled to foreheads, and overall some obscure wrestling trivia was revealed, (or learnt), in the process. Top stuff.

While one may come away with newfound knowledge of Kane’s former failed monikers, the real beauty of this show is witnessing the pure joy and celebration of the franchise from all of those who touch upon the industry in their variable ways, including the audience. This is a panel and quiz show that is beyond being a pure supplement; it’s a dedicated and chaotically cheerful celebration of the art of wrestling, delivered with an unrelenting passion, unbridled verbal wit, and a heck of a lot of fun – all at a reasonable price.

While the comedy festival is over until next year, WrestleBrainia itself continues to steam ahead with touring shows planned as 2021 continues. Be sure to keep up to date on their Facebook page here.

Disclosure: The Plus Ones were invited guests of WrestleBrainia.