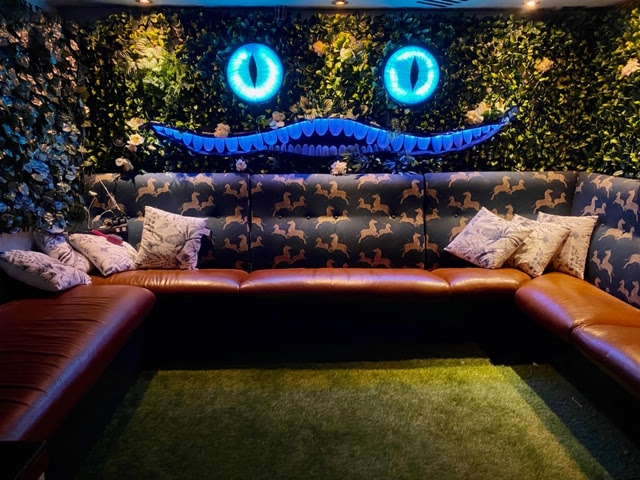 Climb down the rabbit hole and join Alice and the Mad Hatter on an immersive, topsy-turvy cocktail adventure with The Boozy Mad Hatters Tea Party! 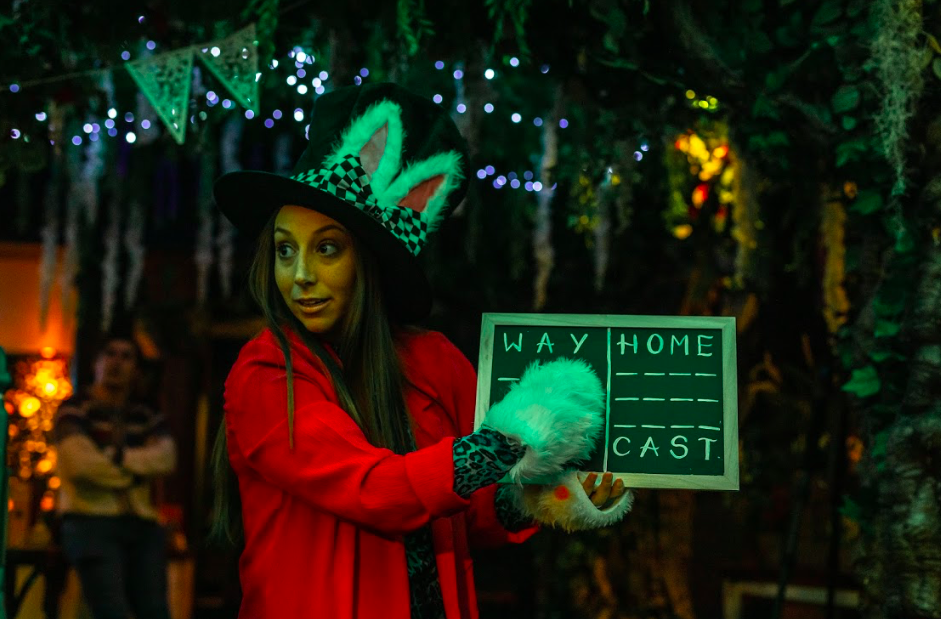 Brought to you by the team behind The Wizard’s Den and Beyond Cinema (which we have reviewed previously), this popup magical journey is themed of course around Alice in Wonderland. My Plus One and I arrived for opening night at one of Melbourne’s best kept secret bars, Lost & Found not really knowing what to expect but excited to see what would happen. 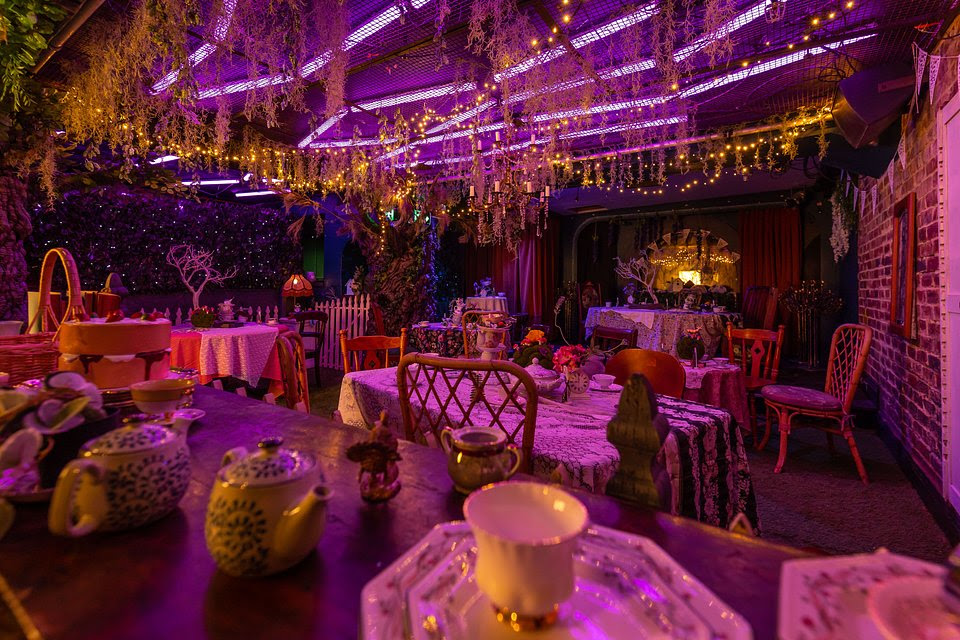 We were escorted into the eccentricity cluttered room by the Mad Hatter herself, handed a jelly shot with nerds (delicious), and introduced to the White Rabbit and the Hare. As we were led to our seats we were presented with a special card which would be our suit of the night – we got clubs! It was pointed out that we would receive a diploma of (boozy) tea making and have to solve three puzzles to get all the ingredients needed to craft the tea cocktail. 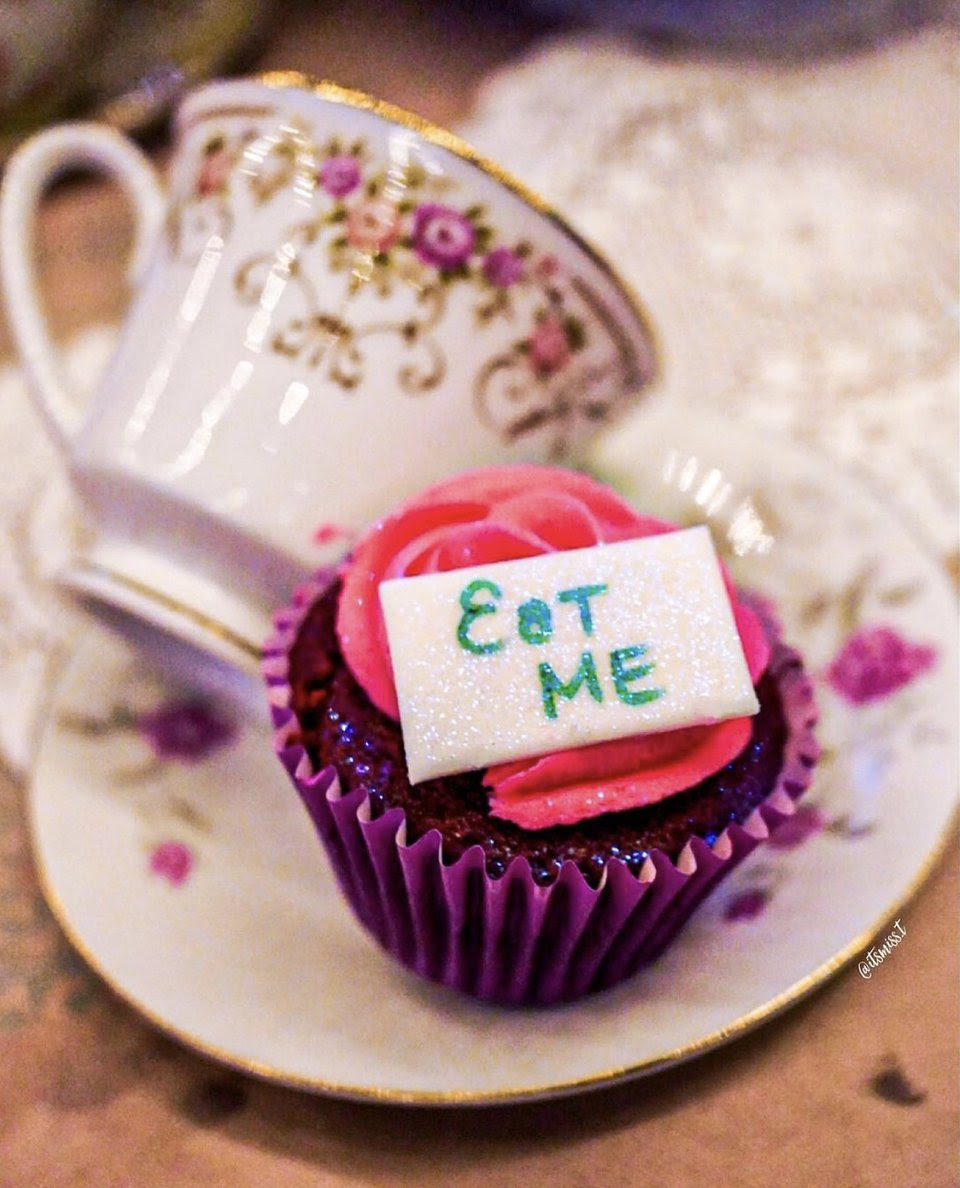 Things got curious and curiouser when we started solving the puzzles, including finding a special item around the highly-decorated room and solving a riddle about the moon by the Cheshire Cat all in order to create our own liquid concoctions under the watchful eye of The Mad Hatter.

At one point the Queen of Hearts appeared with a scandal! Two of her tarts had been eaten! It was up to the room to point the finger at who we thought might be the culprits and cheer on with her motto of “off with their heads”. 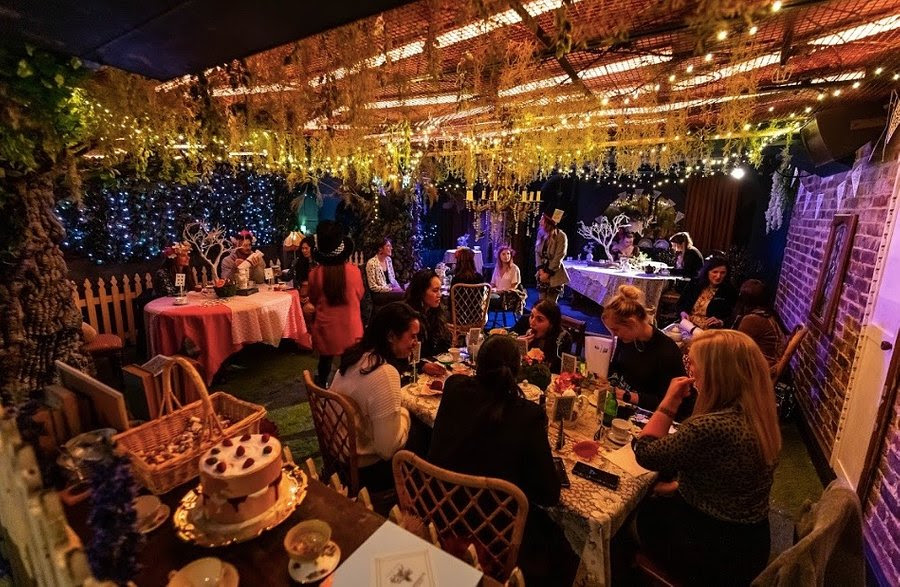 The second special cocktails was a delicious fruity & foamy number that came with a paint brush and edible paint (liquid chocolate). The competition was on to see who could paint the best masterpiece on top of their cocktails in the foam. While my plus one and I didn’t win (we’re writers, not painters after all), it was a lot of fun to try.

We loved solving the riddles and challenges to unlock each cocktail ingredient in our enchanted teapot cocktails. It was a nice way to fully explore the world they had created and the performances were a lot of fun. The 90 minute alternate reality experience costs around $45pp and includes two creative bespoke cocktails and one ‘Eat Me’ cupcake. The cocktails were both interesting, though the experience of solving puzzles to build them and the actors playing these characters (who never dropped character once) made it truly unforgettable.

The Boozy Mad Hatters Tea Party is in Melbourne until the 2nd June 2021. The experience is around 90 minutes and includes two cocktails and one cupcake. Book tickets here.
The Venue is not accessible.

Disclosure: The Plus Ones were invited guests of Hidden Media.
Photos: Supplied (Sydney venue shown).

The Great Barrier Reef at IMAX