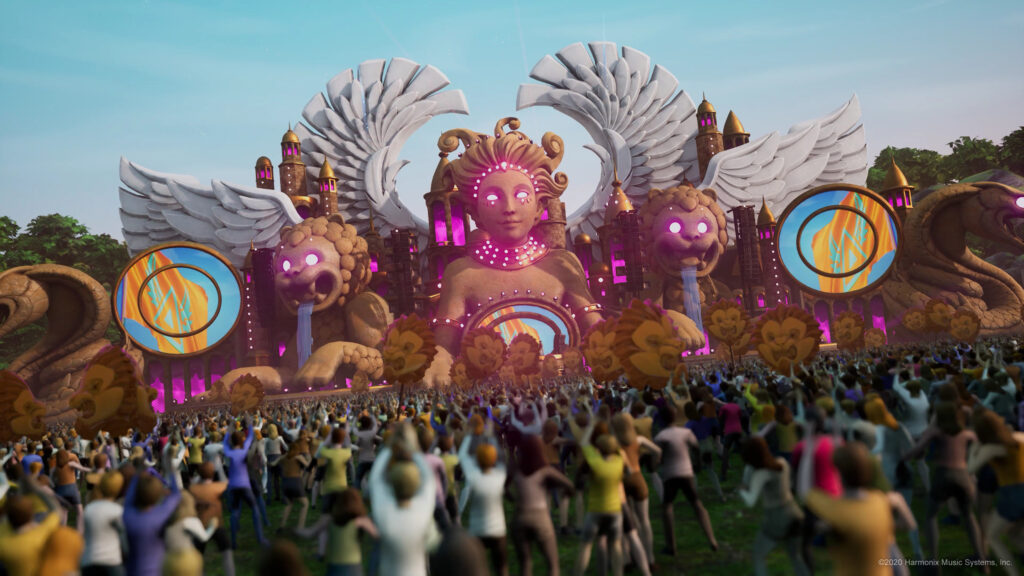 Summer is finally here and we’re missing our regular live music festivals and outdoor events. Fortunately due to the miracle of technology we can get a little taste of the festival life through Harmonix (the creators of Rock Band and Guitar Hero) new game FUSER. 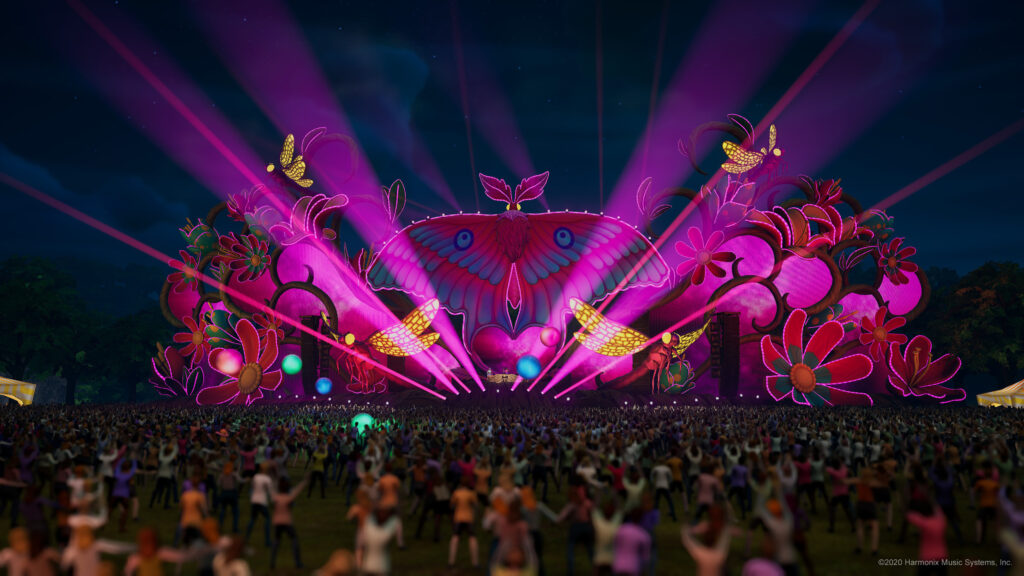 If you have ever wanted to become a DJ but lacked the equipment, time or lets face it, the skills, then FUSER is for you. Music mixing at a virtual festival is the aim of the game. You begin your career as a up and coming DJ and through performing great sets (with equally impressive live show lighting) your audience grows until your the headlining act! It’s the perfect escapist antidote to the pandemic. 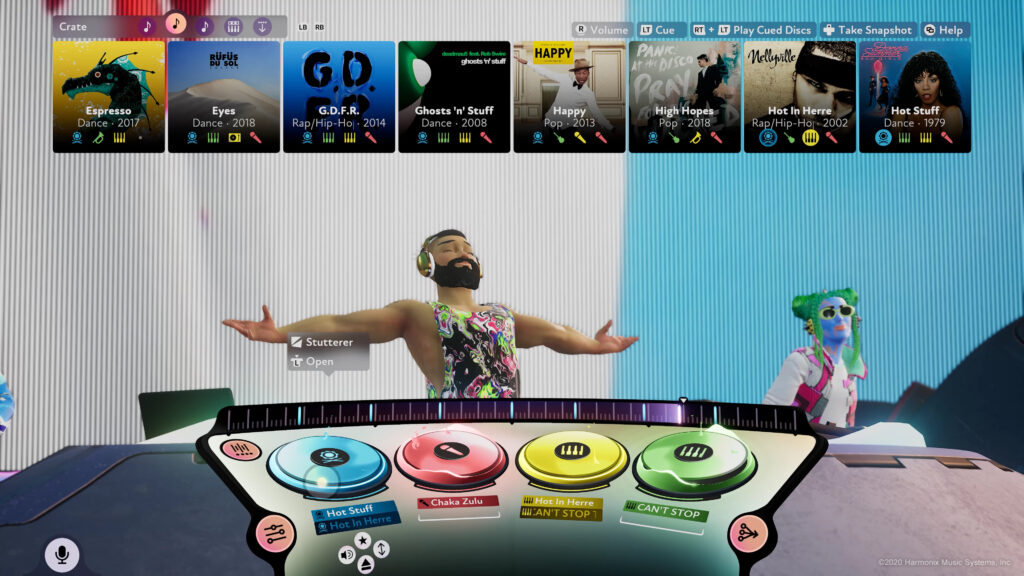 Where previous titles like Rock Band and Dance Central focused on recreating and mastering existing performances, FUSER is about empowering player creativity. Every time you take the stage, be it getting five stars in the Campaign, honing your skills in Freestyle Mode or playing with or against friends in multiplayer, you’ll discover a new mix. We started with the campaign to learn the basics and were creating our own mixes of Billie Eilish and 50 Cent in no time. As you make your way from opening act to festival headliner, FUSER’s colorful (and slightly irratating) promoters will show you the advanced mixing techniques you’ll need to wow the crowd and earn some points. 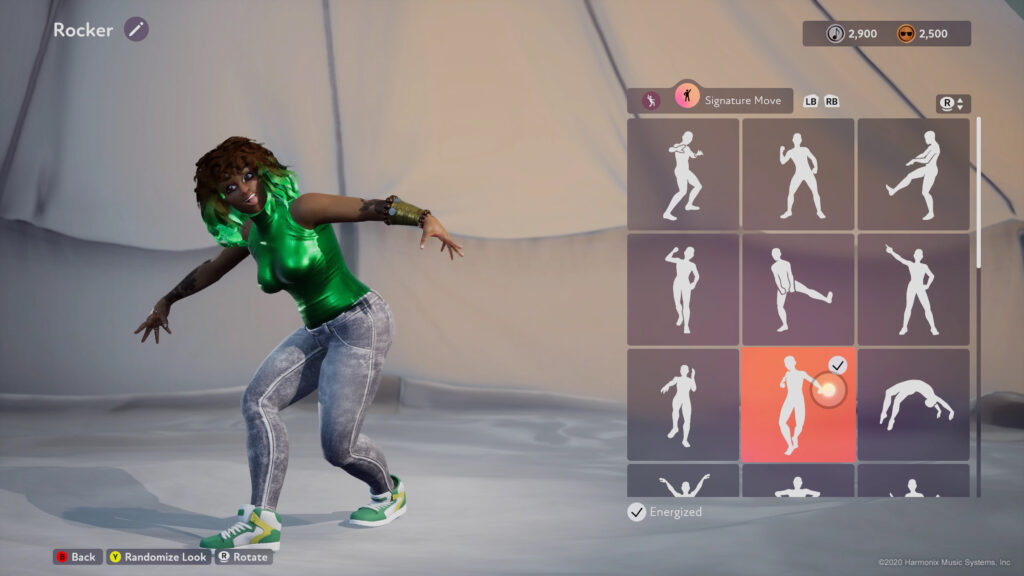 If you wow the audience, you’ll also earn in-game currency that you can use to unlock additional songs and character customisation options to show off in other modes. We were impressed at the diversity in this game. The character customisation features lots of body shapes, personalities and body modification options, and if you want your muscly jock to wear a tank top or dress then the wardrobe and game allows it. The range of tracks available was quite interesting as well. Think Donna Summer, Dolly Parton, 50 Cent, Tribe Called Quest, A-ha, Ace of Base, Amy Winehouse, Dua Lipa, Pixies and even Rage Against the Machine to name just a few. Somehow the game engine allows you to mix most of the 100+ song soundtrack seamlessly and challenges keep you trying new combos and experiencing new beats. 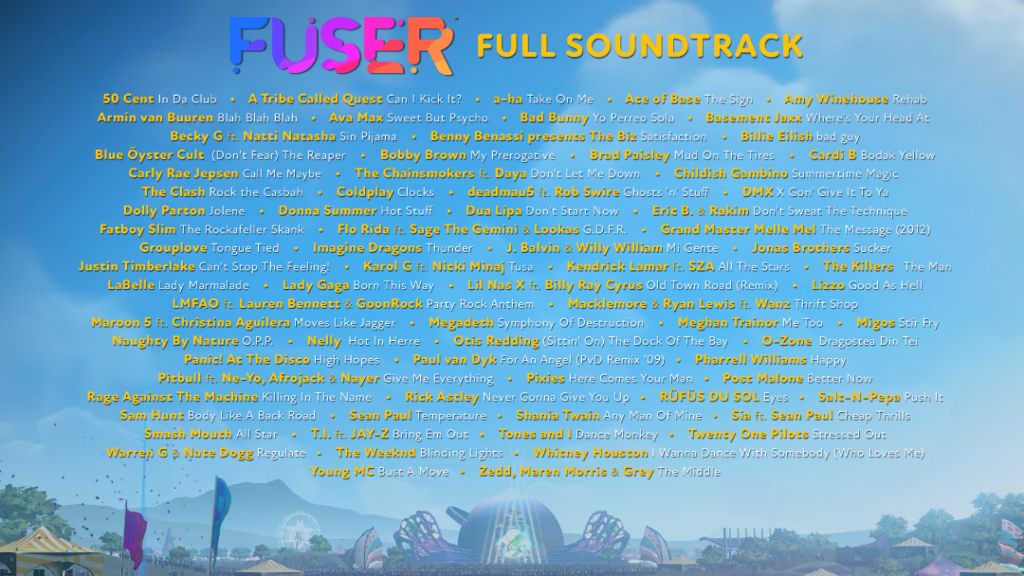 We had quite a lot of fun playing FUSER, and while it will never replace the experience of a live festival, it defiantly got us bopping along to our own mixes and mashups at home. We’re looking forward to creating more crazy mashups and mixes with friends and dreaming of when festivals open up again one day in the future.

Disclaimer: The Plus Ones were invited to play FUSER courtesy of Kartridge PR.
Images: Supplied.

Happy hour at home, anyone?