We know how challenging these times are for everyone. In our home city of art and creativity, culture and conviviality, we feel the impact of a city-turned-ghosttown and the silence from the shutdown of our theatres, public venues, bars, restaurants and shared public spaces where theatre and art kick up its heels.

What happens when a city stops? When it’s given the cue for ‘Time Out’, moved into the wings, and is put on pause. Where do the artists go? Life doesn’t stop, not even in ISO, and artists don’t stop creating. During the 1604-5 plague shutdown of London and closure of the city’s theatres, William Shakespeare sat down to polish off his masterpiece, Hamlet.

Arts makers are incurable. They think of life and future tales, and still exist in absentia. Stories of an era are incubating as we speak. We will feature artists practicing through social distancing and will share with you what’s been brewing.

Most had their professional lives turned upside down in a millisecond when the Federal Government sent everyone back into their homes and shut down public mixing late-March, on the cusp of Eurovision and the Melbourne International Comedy Festival.

Many had a year’s worth of bookings evaporate overnight. Bookings which took years of advance planning, coordination, creation, and rehearsal, arrested before they even got on their feet for a try out. It’s enough to make you cry. ‘Cept that artists are used to inventing out of nothing and dancing on a dime. If any section of our community can turn a negative into a positive, it is the performing arts sector.

We also need to hear stories about COVID days and to share our time in the bunker together. We are lucky we live in a state which supports sectors in need when they need it. Daniel Andrews’ Labour Government chipped in with funding support on May 1 for Victoria Together, an online portal streaming Victorian creative content as well as providing grants for artists to move their work into the digital realm. Minister for Creative Industries, Martin Foley, announced the package and, in partnership with Mushroom Group, is supporting weekly performances of our best homegrown music talent via the State of Music project. Regional arts also feature, as well as something for everyone. 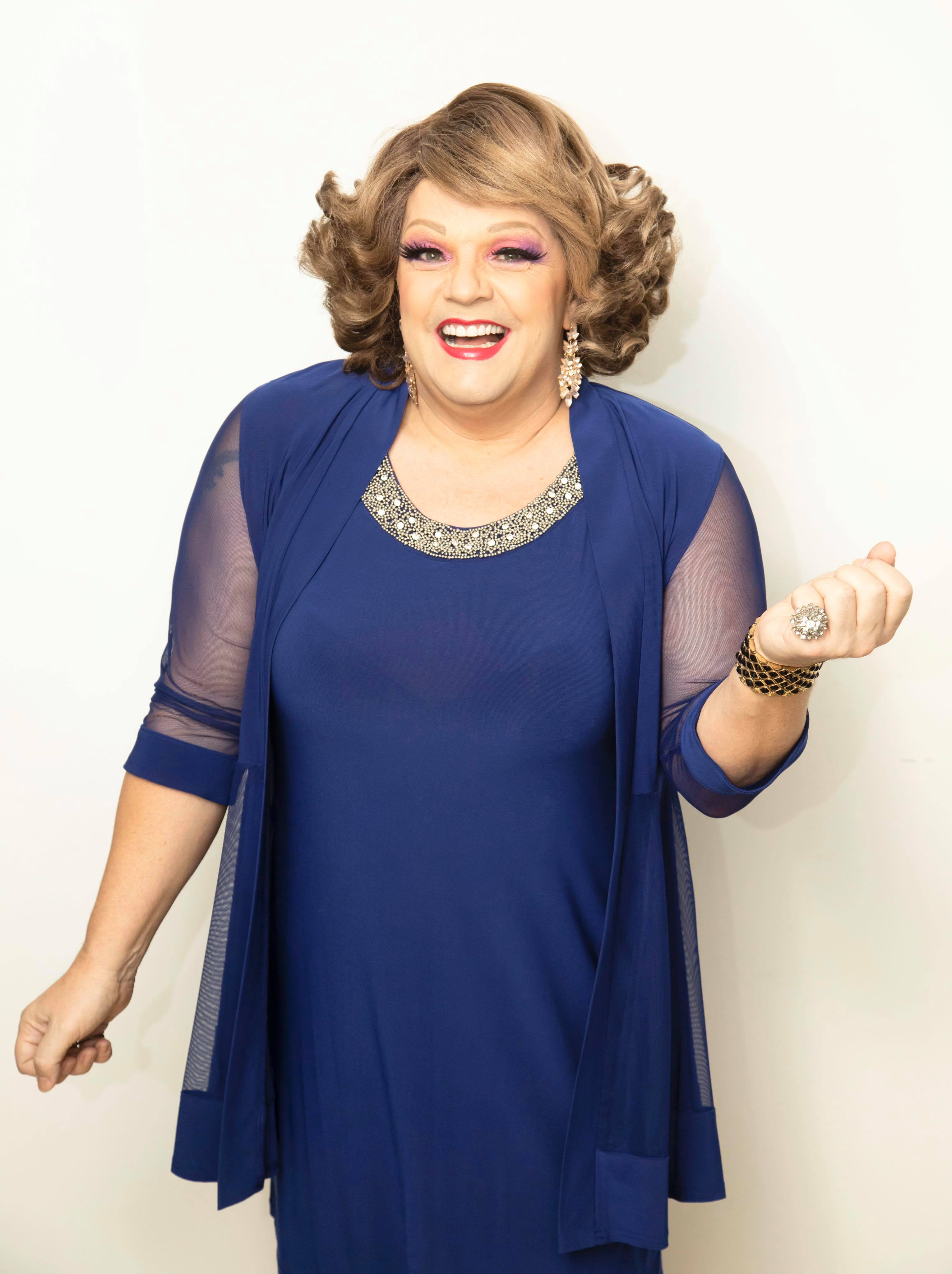 I caught up with one of Melbourne’s leading performers, LGBTIQ+ advocate, and adored chanteuse and cabaret star, Dolly Diamond,Globe Community Awards 2014 Artist of the Year, Guide Dogs Victoria Ambassador, prodigious performer, and regular on ABC NEWS Breakfast. Never one to let moss gather under her feet, she set the tone quickly, moving into live streaming almost immediately. As in so many realms, she inspires, excites, and gives hope, setting the tone of resilience which many badly need. 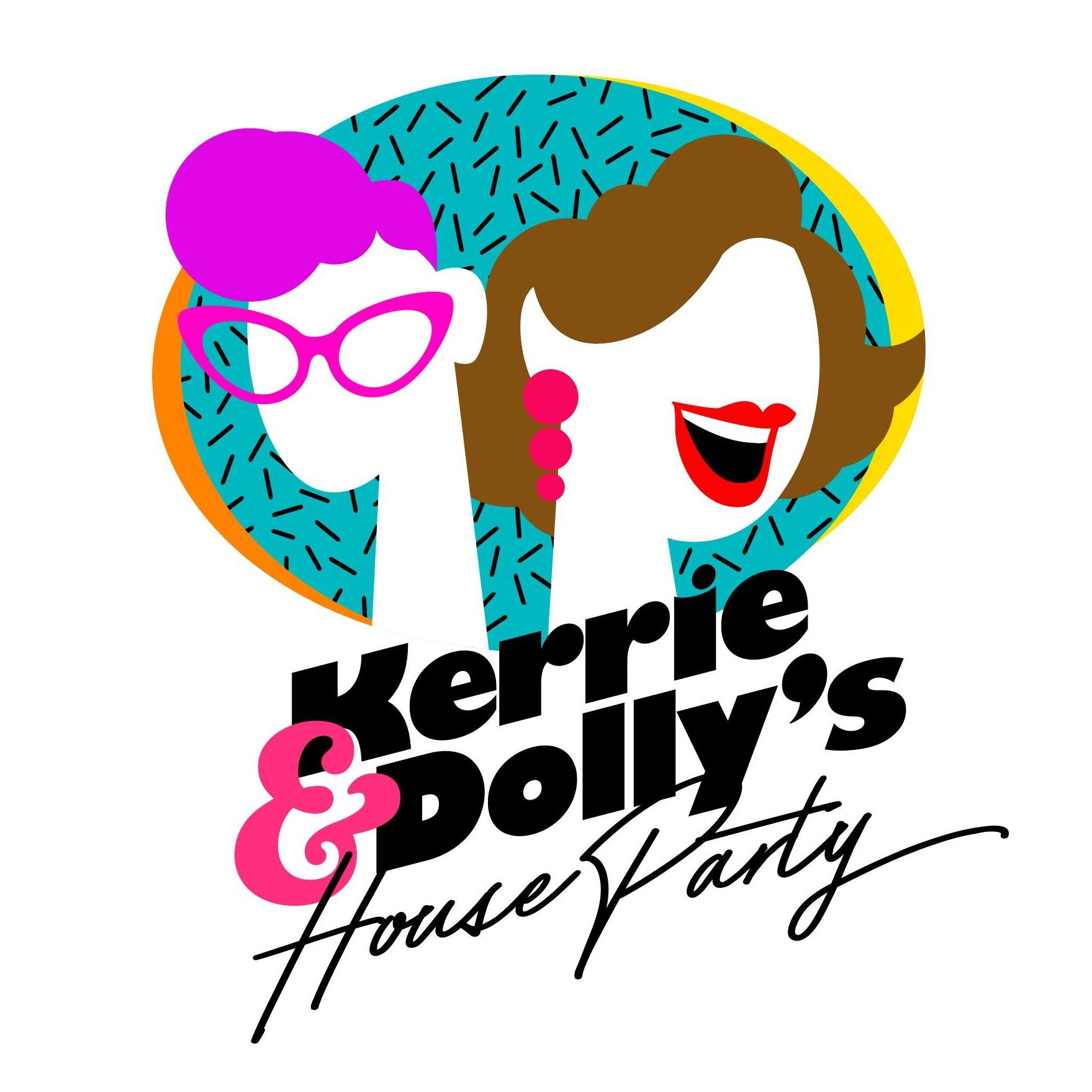 One of the delightful offerings supported by Victoria Together is Kerrie & Dolly’s House Party, AEST 7.30pm Tuesdays/Thursdays on JOY TV which Diamond co-facilitates and hosts with milliner, make-up artist and social commentator, Kerrie Stanley. These two get together to feature Victorian performers and support the local community and industry. Highlights have included also streaming live via the Sydney Mardi Gras Facebook page, and guests including comedian Bob Downe, drag artistes Frock Hudson and Sexy Galexy, ShOUT Youth Chorus, jazz singer Mama Alto, and a letter of support from England’s Julian Clary. Programs like this reflect the vibrancy and creative resilience of this community.

Dolly hosts the May 8 Mates-Date Morning Tea  virtual celebration of Aussie mateship for The Movember Foundation at 10 am, talking about mental health in conversation with Cameron Daddo, Alan Fletcher and Rhonda Burchmore. 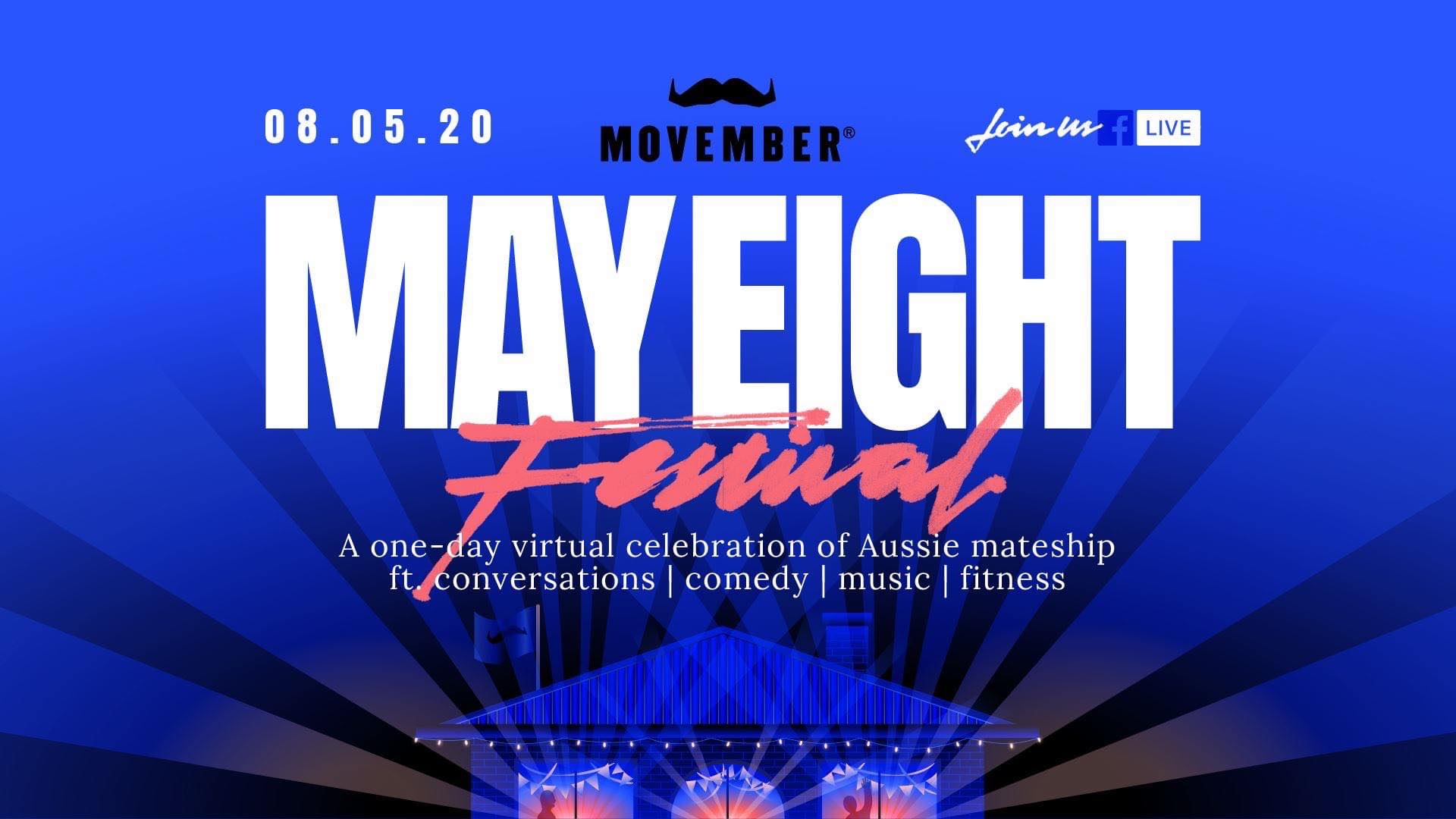 We checked in with two artists always alive to doing the new their way, Justin Clausen and Jamie Burgess, creators behind Justin n Jamie. Experienced live performers with a flair for cultural camp with broad appeal, the boys “refused to go backwards because of shutdown” and leapt to the opportunity to keep in touch with their audience, to share and celebrate their A-grade musical skills whilst also dropping hints of their new 2020 show, He’s Every Woman, Too.  They also have in the pipeline original compositions, something fans can only dream about.

Famed for their highly successful self-produced show, He’s Every Woman, featuring classic Diva anthems, the show toured Festivals for two years to WA, Adelaide and across Victoria. This companion piece celebrates famed male singer-songwriters and performers and is sure to be a knockout. Think Peter Allen, Elton John, and George Michael.

Using this time out to spread joy, practice what they love, hone skills, and share with their fans the good times and the challenges we all experience, Burgess states down time can be utilised cannily by performers to develop new roles and work:

“We’re not going back into the theatre with a whimper, we’re coming back with a high-heel strut”. 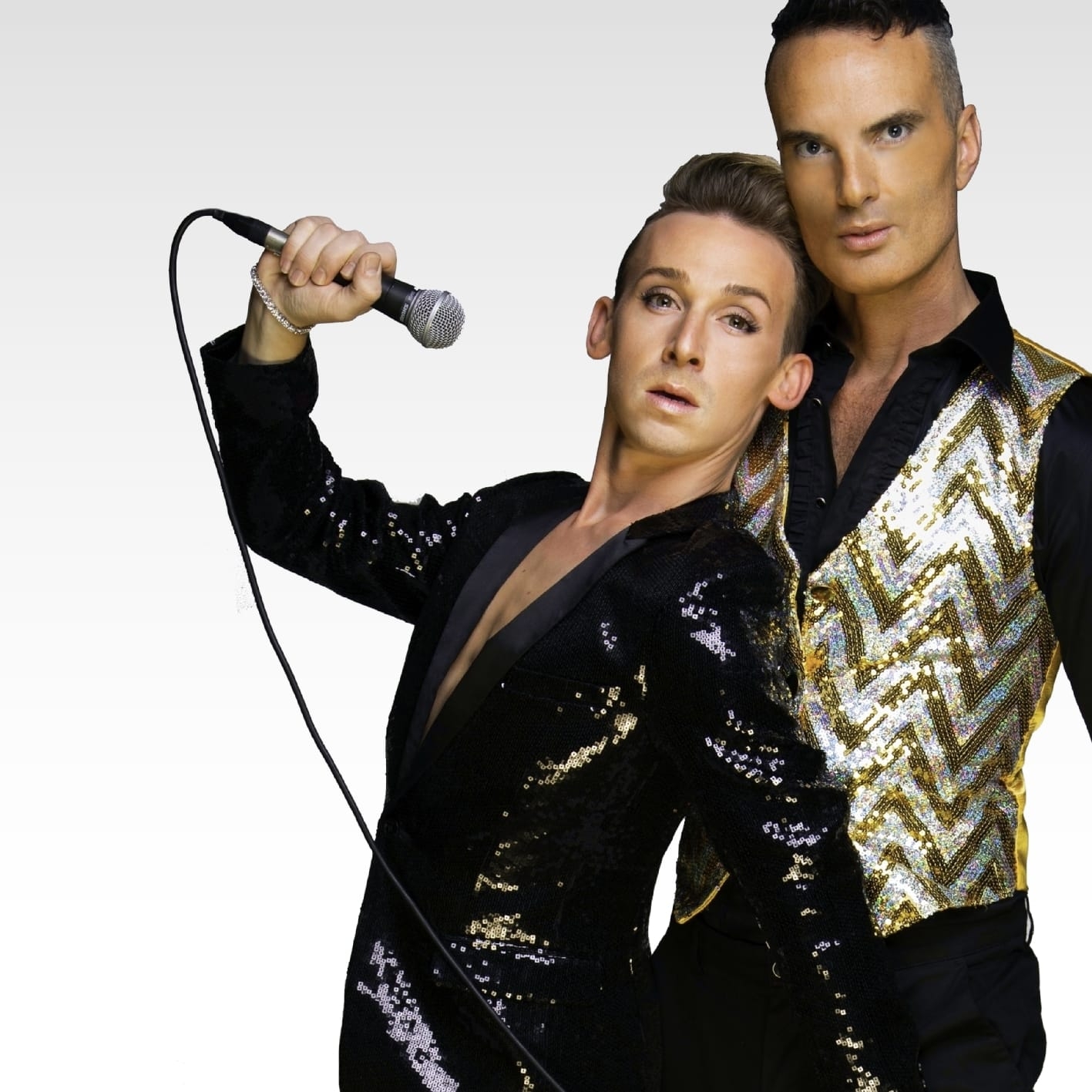 Justin achieved notice in The Blind auditions for 2019’s Season 8 of The Voice and his voice is aria-ready and of the quality suited to the best venues anywhere in the world, sending chills down your spine. Accompanied with light, comedic banter by the sweet attuned tinklings and backing vocals of New Zealander Burgess, and classy, witty costuming and presentation, we cannot wait to see what the boys serve up from the Boys of modern music. 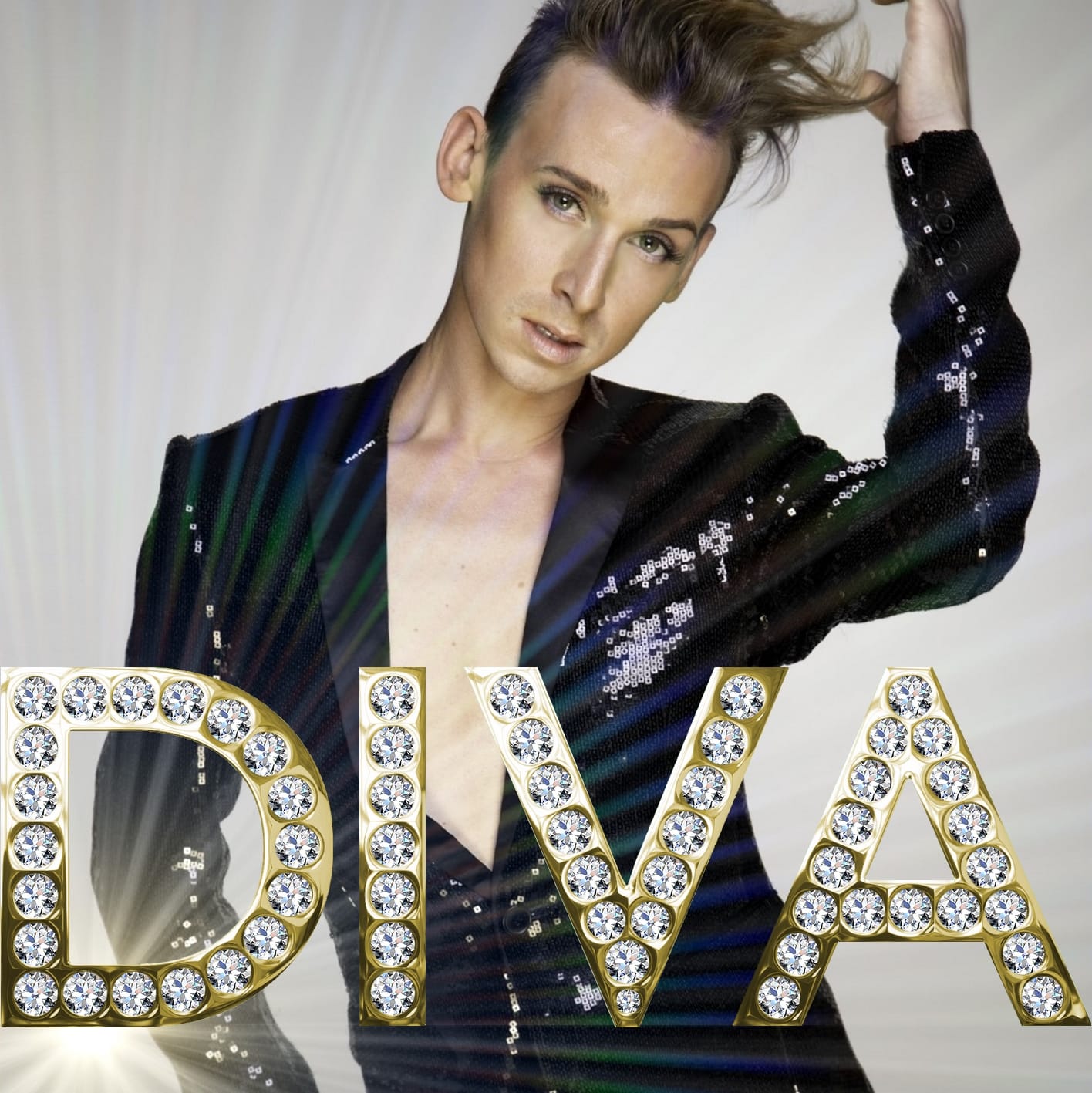 Sit back, grab a wine and set up your Paypal log in. Get ready to be bedazzled by artists who won’t take shutdown lying down.

If you want to know what the future will look like, you need to hear it from artists today. With so much talent in this state, we will have more to share with you.

Vote your most bingeworthy Australian show or film of all time at The Great Australian Binge. Whilst there, sign a petition to demand more inclusive government support for Australian creatives, many of whom fall outside the JobKeeper criteria.

You can support Victorian performers via the Victorian Actor’s Benevolent Fund or Support Act for music workers.

Kerrie & Dolly’s House Party streams every Tuesday/Thursday 7.30pm(60 mins) via the Kerrie & Dolly Facebook. Justin n Jamie stream shows at this Facebook page. Follow and have your Notifications on.

Images: Courtesy of @photosbyjeevs and others.

Disclaimer: The Plus Ones were the guests of Justin Clausen, Jamie Burgess, and Michael Dalton.