Craving a champion cheese board? Searching for the nation’s best buttery spread? Dreaming of cream? Look no further than the Australian Grand Dairy Award winners. Now in its 21st year, the Australian Grand Dairy Awards are the nation’s most prestigious dairy awards and considered the highest accolade for Australia’s dairy producers. And rightly so. Rising to the top is no easy feat. All of the products are judged blind by a panel of expert judges (#dreamjob). Each product is evaluated based on strict criteria which includes not only flavour, but also texture and appearance. The awards culminate in the most delicious day in the dairy calendar with a delectable spread showcasing the championship winners in all their glory. 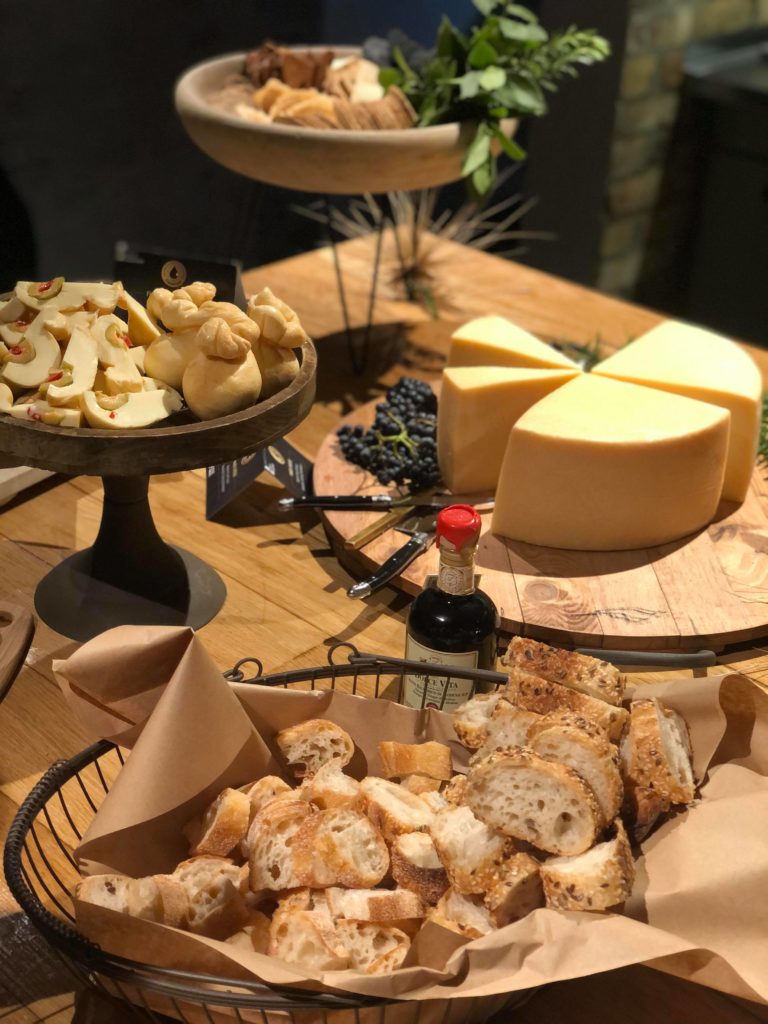 The winners’ circle included both small artisan producers as well as supermarket staples, such as Western Star’s salted butter. This eight time winner sets the benchmark for butter with a recipe that’s remained unchanged since 1926. The Little Big Dairy Company added another trophy to their collection this year as well. If you’d never sampled their pure pouring cream, then prepare yourself for a transcendent experience. Each one of their 800 pedigree Holstein cows has their own name and these well-cared-for cows produce the thick, sweet butterfat that creates a cream free from additives and thickeners.

There were also some more unusual (but no less delicious) flavours capturing the judge’s attention this year. That’s Amore Diavoletti (translation: little devils) won the champion flavoured cheese category. These parcels of flavour combined a smoked cheese wrapped around a chilli stuffed olive for a morsel that was both a visual and tasty delight. Another distinctive winner was Victoria’s own Gundowring Licorice Ice Cream. If you’re not an aniseed lover, I challenge you to taste this unique dessert. The dark, creamy ice cream is a regular finalist at the awards and has converted even the most strident licorice sceptics. 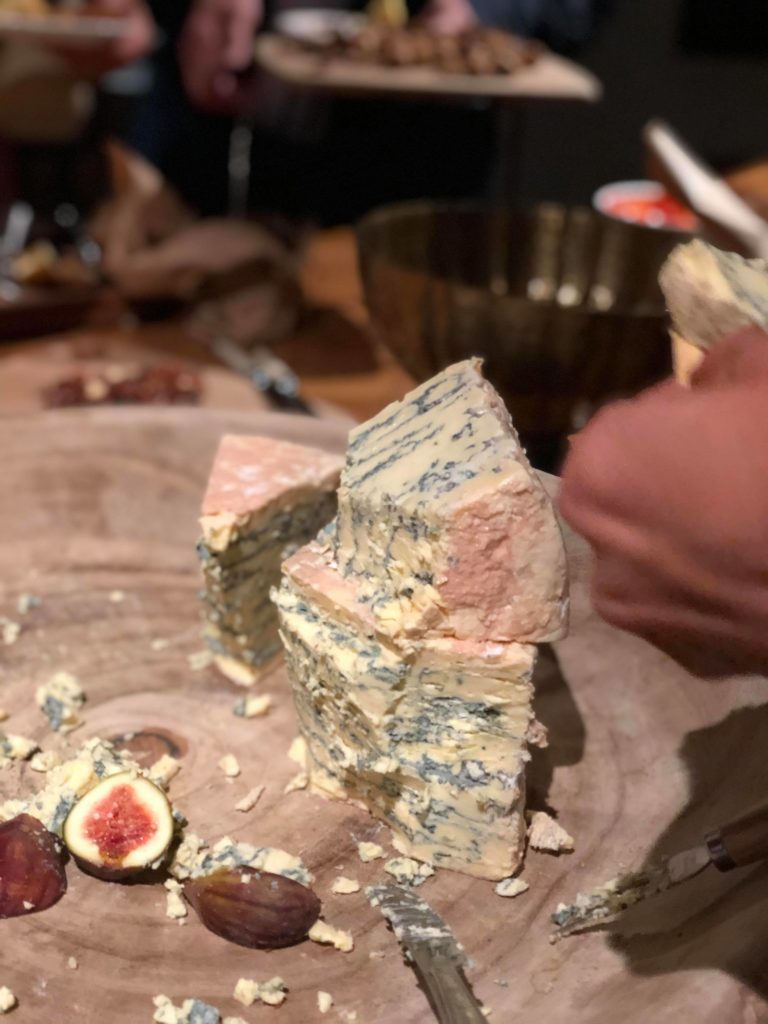 The Venus Blue Prom Country Cheese beat out cult favourite Meredith Dairy Marinated Goats Cheese in the Goat’s/Sheep’s/Buffalo cheese category. When a cheese can surpass Meredith Dairy’s creamy cubes, you know it’s got to be good. However, another Victorian blue cheese rose to even higher prominence with Berrys Creek Oak Blue winning Grand Champion Cheese. This heavily veined blue cheese was the highest scoring cheese across all the winners. It’s handmade under the supervision of a cheese maker with 44 years of experience and uses milk sourced from a local dairy less than 2kms away. 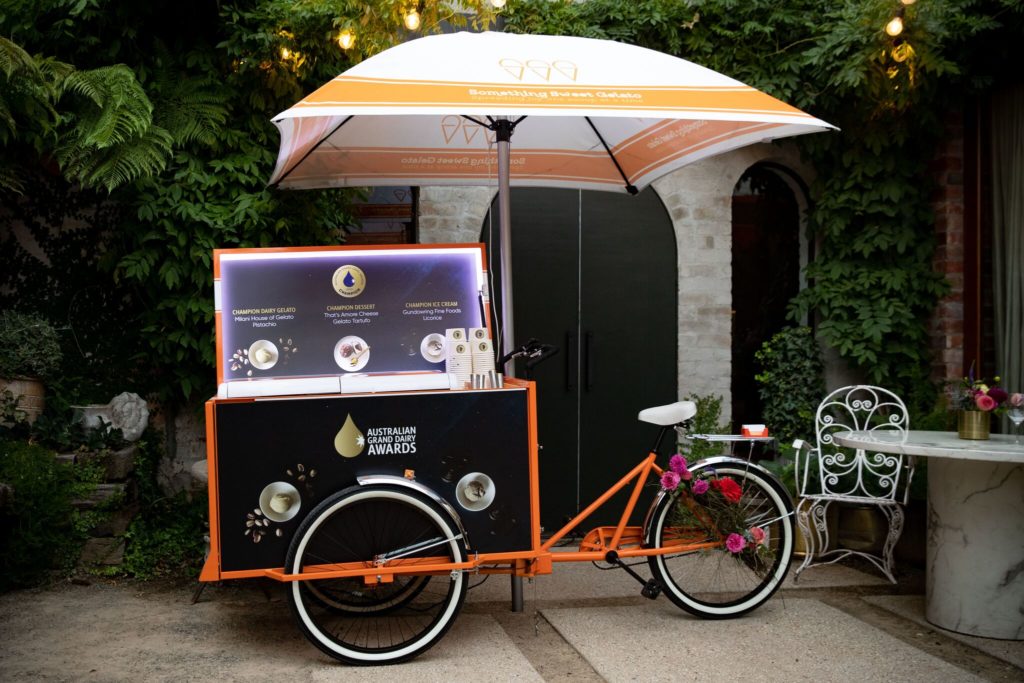 AGDA showcased all of the winners at various tasting stations. (It was truly one of the most delicious nights in Melbourne.) The decadent dairy spread ranged from simple canapés such as salted butter with radish to a dramatic fontina melting station. Also on display was literally the country’s best cheese board — featuring the champion cheeses alongside fresh figs, crisp crackers, sweet honeycomb, ripe strawberries, salty olives, and more. The cherry on top of the evening was scooping up the frozen desserts at the custom gelato cart.

If you’re keen to wrap your lips around the crème de la crème, visit Dairy Australia to learn more about all the winners. Many are readily available from local supermarkets, while a few might inspire a destination road trip.

– Jenny
Jenny Schmidt’s love affair with dairy started with a part-time job in a creamery as a university student. When she’s not stuffing her face with cheese, you can find her sampling the latest craft beer or sipping a creative cocktail.
To learn more about the Australian Grand Dairy Awards winners and finalists, visit Dairy Australia.

Disclosure: The Plus Ones were invited guests of Edelman

A joyful celebration of gin at Juniperlooza