Can you identify Australia’s most delicious dairy? The Australian Dairy People’s Choice Awards are open for voting and there is a brie-lliant prize for one lucky winner. Official cheese judges (#dreamjob) tasted their way through 400+ dairy products to identify the cream of the crop. They’ve narrowed it down to three delicious contenders for each category – ranging from gelato, to blue cheese, to flavoured yogurt. Now it’s time for the people to have their say and choose which cheese will reign supreme. 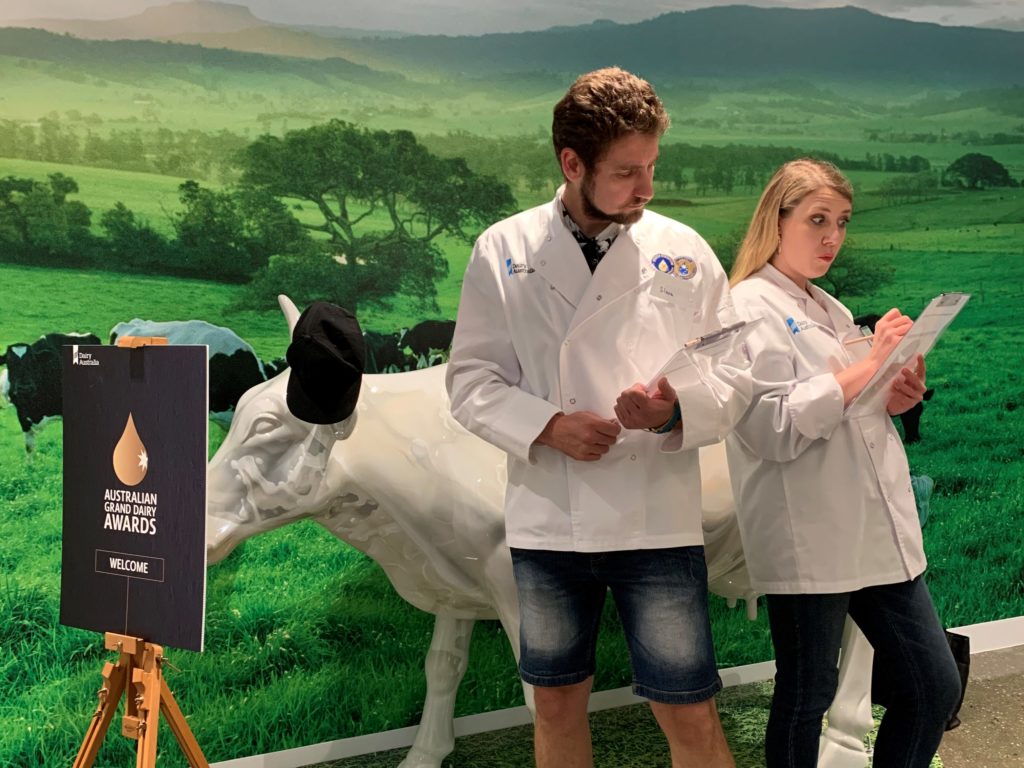 The Plus Ones got a literal taste of what it’s like to be an apprentice cheese judge and we can guarantee you’re in for a treat with this year’s finalists. When we arrived at Dairy Australia HQ the scene looked like a science project. Everyone was decked out in white coats, carrying clipboards and score cards. Cheese judging might sound like a gouda time, but it’s also serious business.

We started with a sensory lesson from cheese monger, Sonja Cousins. The judges score every product ‘blind’ – meaning all the brand packaging and labels are removed. This allows judges to focus on the flavour of each product, instead of the brand. Last year, winners ranged from artisan cheddars to supermarket favourites like Western Star Butter. Although the tastings are ‘blind’, the judges are still using their eyes. In addition to texture and flavour, appearance also plays a part in each product’s overall score. The judges refrain from wearing heavily scented deodorants so as not to interfere with their sense of smell. They also use sparkling water and plain crackers as palate cleansers in between tastes. (Although I still think washing the triple cream brie down with a glass of red would have been better.) 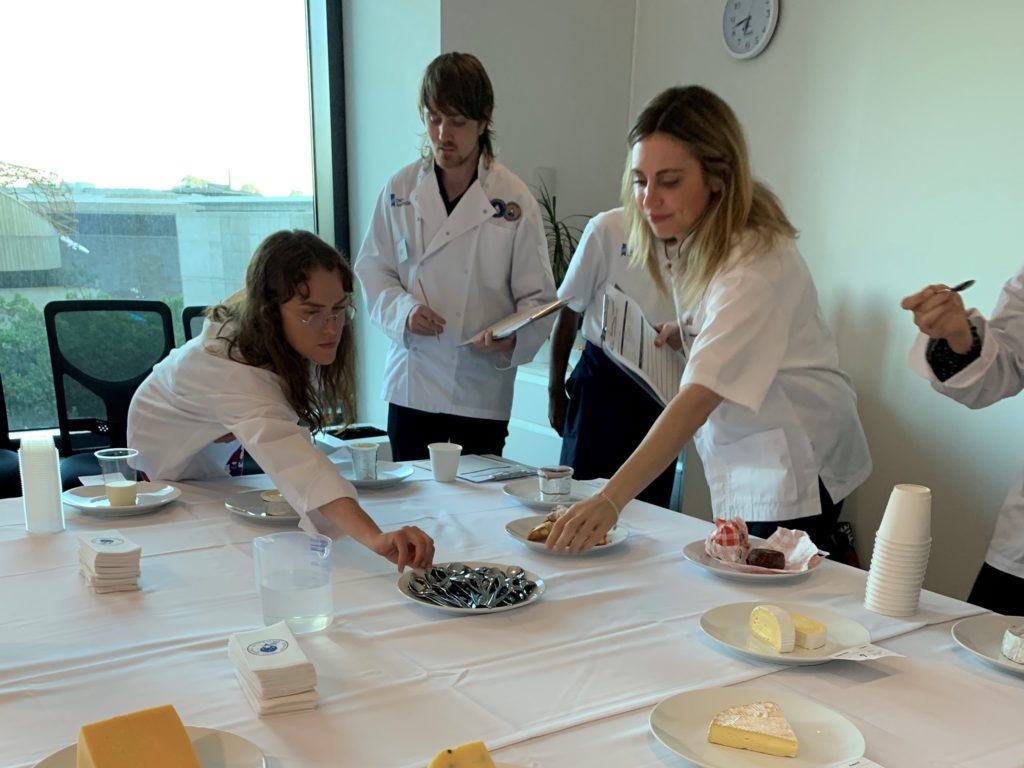 The Dairy Awards are in their 21st year and we were presented with plenty of strong contenders for the coveted People’s Choice Awards. There was a mysterious washed rind cheese, a heavenly hazelnut gelato, and udderly delicious cream. (If you’ve never thought to taste spoonfuls of plain cream before, we highly recommend trying it at least once. It turns out pure cream is absolutely delicious.)

The People’s Choice winner will be announced alongside Australia’s champion cheeses at the 2020 Australian Grand Dairy Awards in early February. Keep your eyes peeled for the winners and don’t forget to vote!

– Jenny
Jenny’s love affair with dairy started with a part-time job in a creamery as a university student. When she’s not stuffing her face with cheese, you can find her sampling the latest craft beer or sipping a creative cocktail.
Vote Now in the people’s choice awards and go into the draw to win dinner for two at one of Australia’s top fine dining restaurants, valued at $500.

Disclosure: The Plus Ones were invited guests of Edelman

Cherry Days in the Yarra Valley