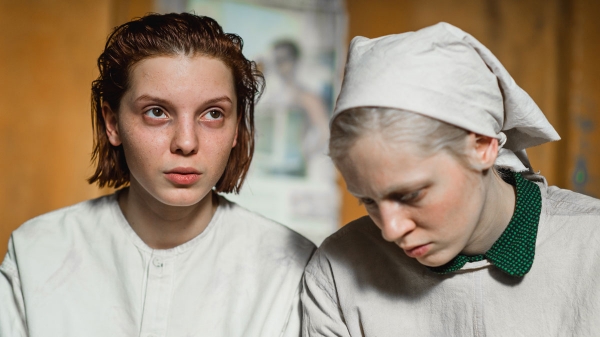 When it comes to world cinema, we Melburnians are spoiled for choices. After recently plunging into British, Jewish, Spanish, Italian, Japanese and Polish Film Festivals, this week we’re sailing away to Russia with Russian Resurrection Film Festival (RRFF) on its 16th year.

Russia’s largest film event outside of its own territory, this year’s RRFF brings together new wave Russian pictures from big-budget action blockbusters to indie dramas, family-friendly animations to nail-biting horror and thrillers, as well as honouring a legendary Russian filmmaker.

Festival opens with Hero—a heart-stopping spy drama about a double-agent on the run-away to save his life and to find his long-lost father.

Keep that momentum going with the budget fantasy adventure Journey to China, bringing together international action-legends Jackie Chan and Arnold Schwarzenegger on a supernatural voyage set in the historical Far East.

An audience favourite of this year’s Melbourne International Film Festival and winner of both the coveted Best Director award and the FIPRESCI prize at Cannes, Kantemir Balagov’s second feature Beanpole is a fiercely devastating tale of two women rebuilding their lives in the shadow of World War II.

Get the chills at Kirill Sokolov’s award-winning 2019 Sydney Film Festival title Why Don’t You Just Die—a roaring rampage of revenge with a jet black comic tone and a gleeful maze of twists and turns.

A flick for the whole family, Snow Queen: Mirrorlands is a heart-warming animation about magic, friendship and family, displaying Russia’s beautiful and unique animation style.

There is much more to explore at RRFF—check out the full program, screening from November 8-17.

Disclosure: The Plus Ones are invited guests of Original Spin.