Pull on your party pants. The Moon Dog World bar and brewery has launched and its doors are opening right on time for the celebratory season. The enormous space can hold 725 of your closest beer-loving mates. With wine on tap and a disco tiki bar, there’s also plenty of room for your friends who love piña coladas and getting caught in the rain. 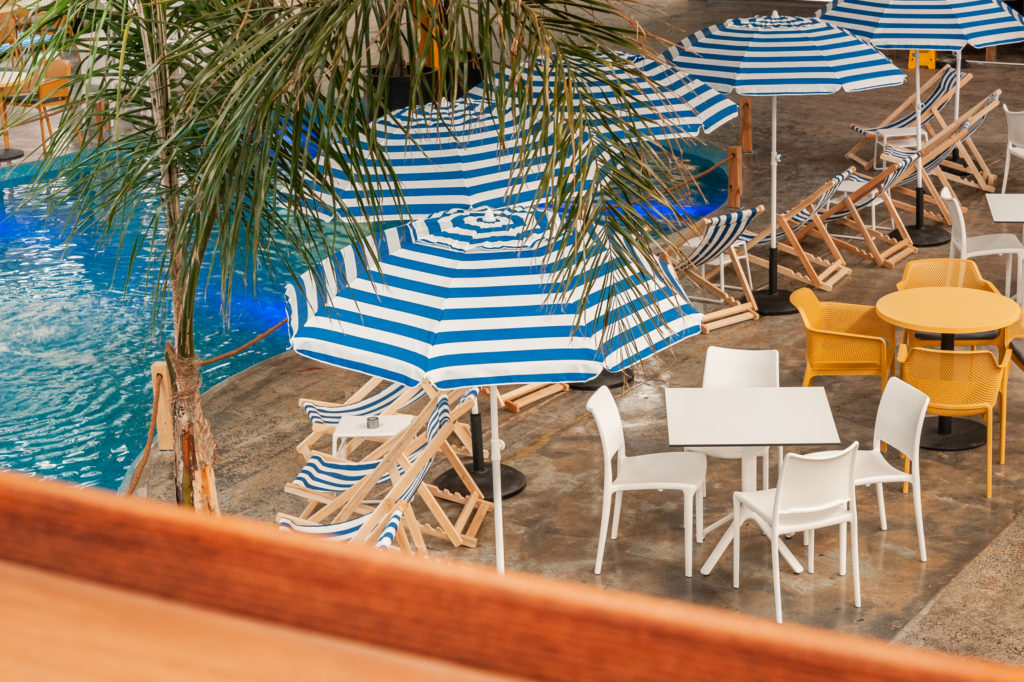 Moon Dog is an independent brewery known for their experimental beers and unusual endeavors. The team started brewing beer commercially with re-purposed dairy equipment on a side street in Abbotsford – sandwiched between the gigantic CUB brewery and a brothel. Truffles, roast chicken, and Tim Tams have all made an appearance in Moon Dog beers. Their Abbotsford events have featured 16 tonnes of sand poured into the brewery for New Year’s Eve Beach Parties, a petting zoo for Good Beer Week celebrations, and Sunday roller discos… just ‘cause. 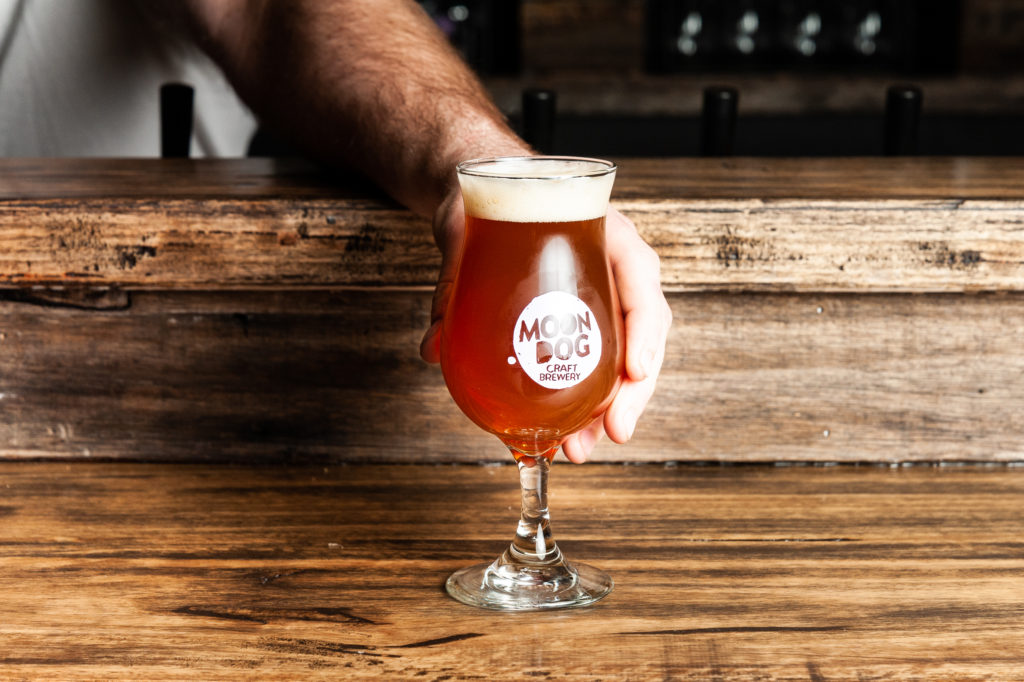 The sense of fun continues at Moon Dog World, albeit on a much larger scale. The Preston venue provides 12,000 square metres of opportunity for the team to bring their creative fantasies life. When I first dropped by the warehouse in May for a Good Beer Week event, the facility was empty. Well, empty outside of a wrestling ring, spandex clad wrestlers, and a cheering crowd ready for a brewery smack down. 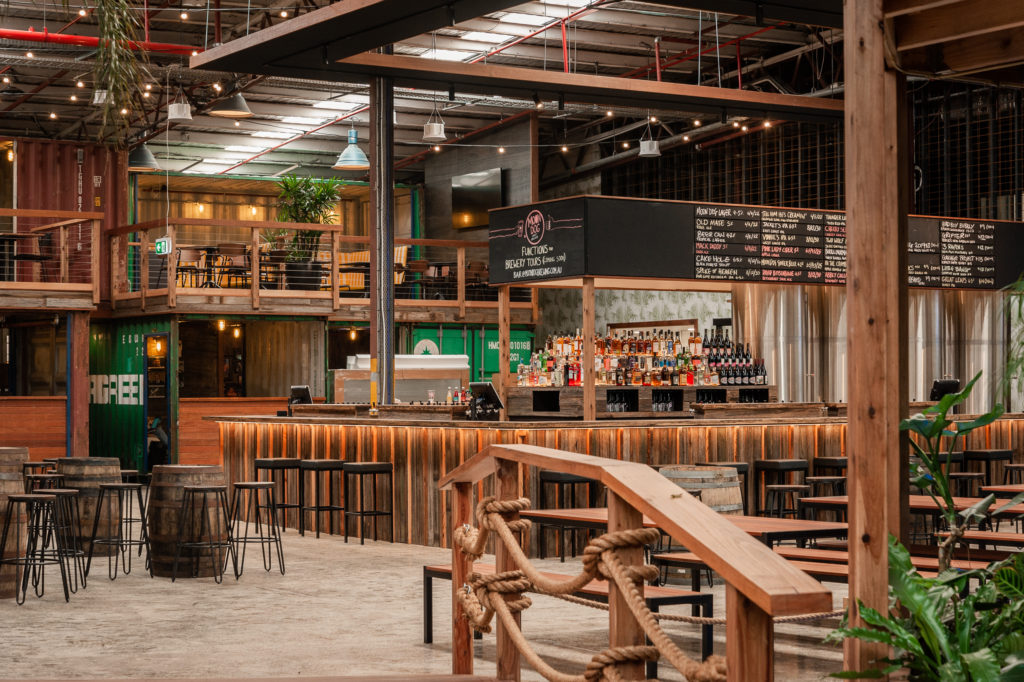 Even after spending 2 hours in the venue, there were still surprises: there’s a kid’s play area? Which way to the beer garden? Did you find the secret tiki slushies? The food will keep you full and the drinks will keep you entertained. With 72 taps behind the main bar, there’s something for everyone. When we visited the list included (but wasn’t limited to): 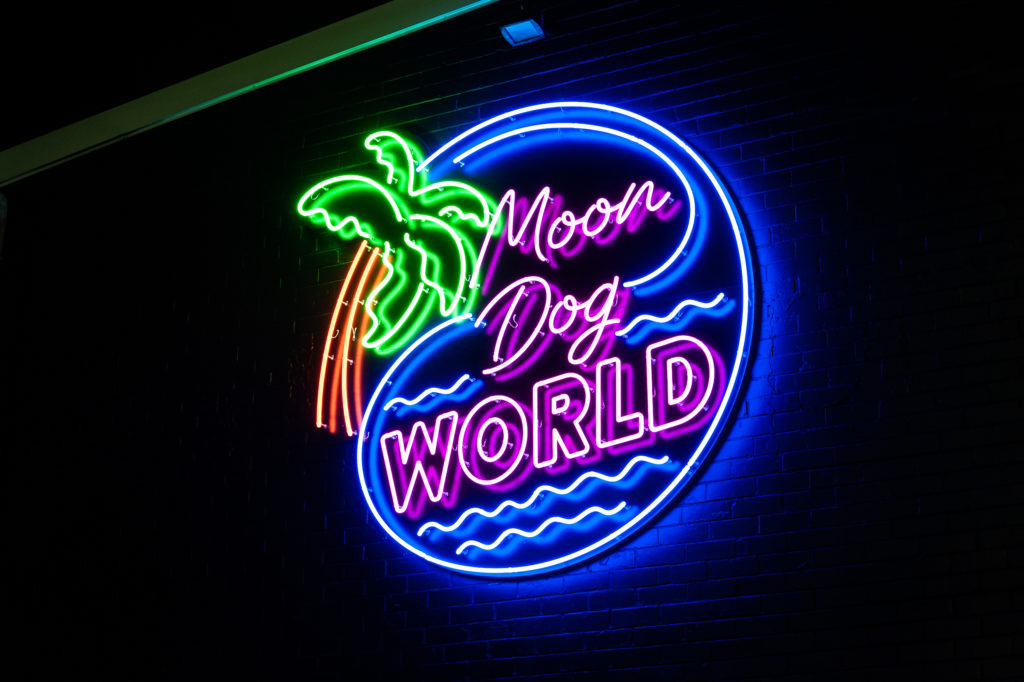 Now, I’m not going to lie – it’s an effort to get to the industrial Preston location using public transportation. But you’ll be rewarded for your efforts once you arrive. Moon Dog World is designed to be a destination location where guests can stay for hours. Plus, it’s conveniently close to both 3 Ravens and Tall Boy and Moose – two other local, independent breweries. So mark your maps and take a trip to Moon Dog World. There’s nothing else like it in Melbourne.

– Jenny
Jenny Schmidt is an event adventurer. When she’s not attending live shows, you can find her sampling the latest craft beer or sipping a creative cocktail.

Disclosure: The Plus Ones were invited guests of Moon Dog
Images provided by Sophie McGrath PR

Listen Out Melbourne 2019: the good and the bad