Catch a show that will startle and delight, warming you with its on point climate message told by world class circus professionals who have an excess of charm and ability. Aurora  is Circus Oz’s newest premiere show in partnership with The Royal Botanic Gardens Victoria and a step into another world of imagination and magic. If you feel you need to truly leave your reality behind for an hour plus, this is the ultimate uplifting and enjoyable way to do it.

Cheeky fun, tumbling wonder, silly antics, coupled with expert teamwork, death-defying acrobatics and aerial spectacle wrapped up in a tale of wonder is what Circus Oz bring to town during this school holidays. The company has a nonchalant charm which speaks to the heart in a clever and tender way with engaging plotlines and narratives which offer the circus performers opportunities to showcase their excellence. 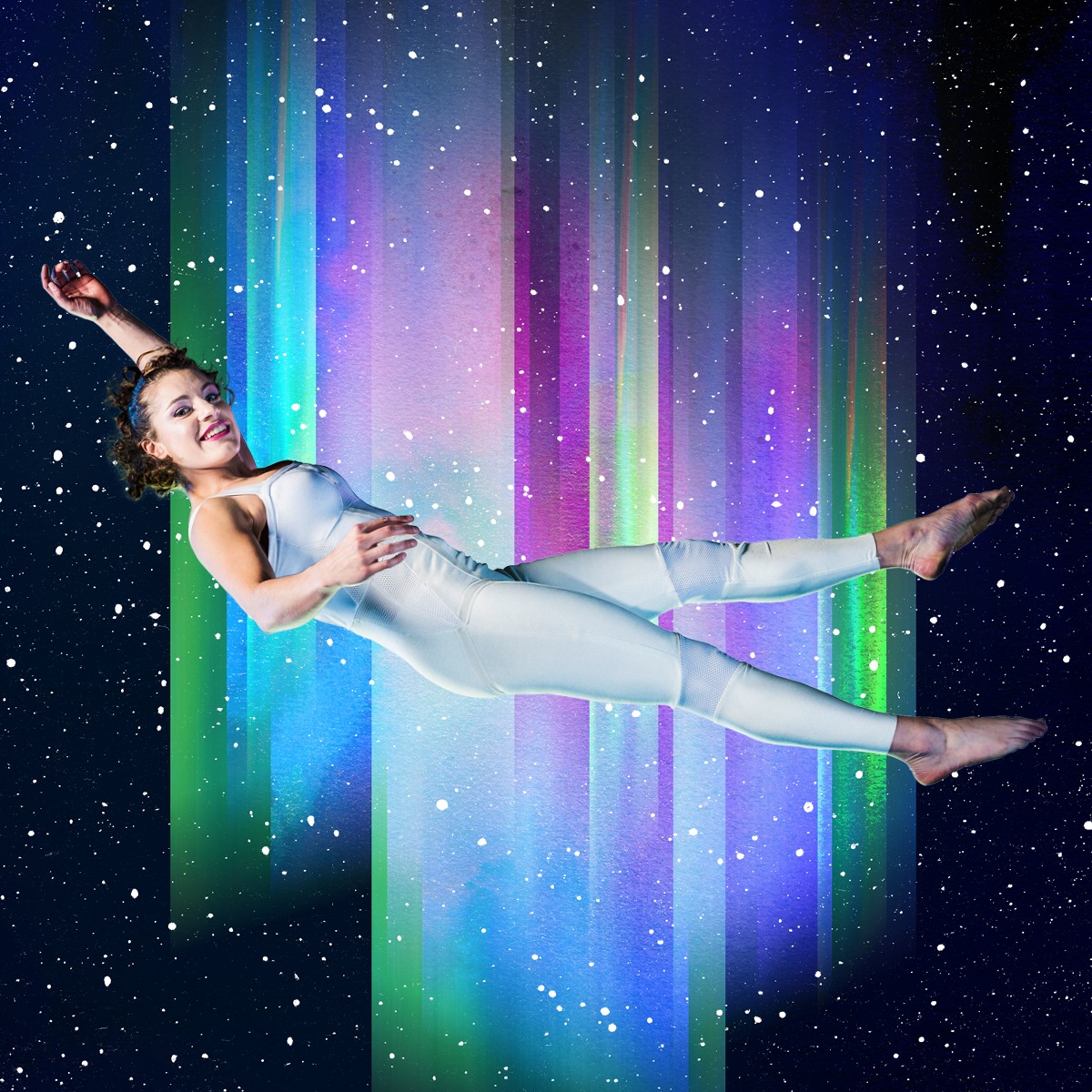 As an antidote to chill and changeable season of early Spring, the setting for this production is the Arctic. A team of penguins open and close the show and launch this story which has commentary on ocean waste, the lives of animals, the elements, and foibles of living on Earth. Directed by Kate Fryer, this show is perfect for a young audience but there were plenty of adults sporting wrapt expression in the audience.Its for anyone who loves the world of circus which also includes clowning, social commentary, and immersion in the magic of creative exploration and play.

The onstage cast of nine outstanding individuals all have different skills specialisations and you get to see these interwoven into the narrative. Tara Silcock is hilarious as lead agent the Polar Bear, whose Artic Antics we follow. She encounters a team of penguins  and bosses them around. Be careful- she will sometimes be found sitting behind you, amongst the audience, and she moves faster than light! Jillibalu Riley is the chubby penguin and gets into some clowning though he is an excellent First Nations dance storyteller as well as breaker. Matthew Brown resembles someone from Game of Thrones and is highly watchable with his good looks, finessed musculature and caped persona. You will want to watch Mr. Bendy Adam Malone’s mind-blowing hoop sequence late in the show with defies gravity and ordinary bipedal competence. 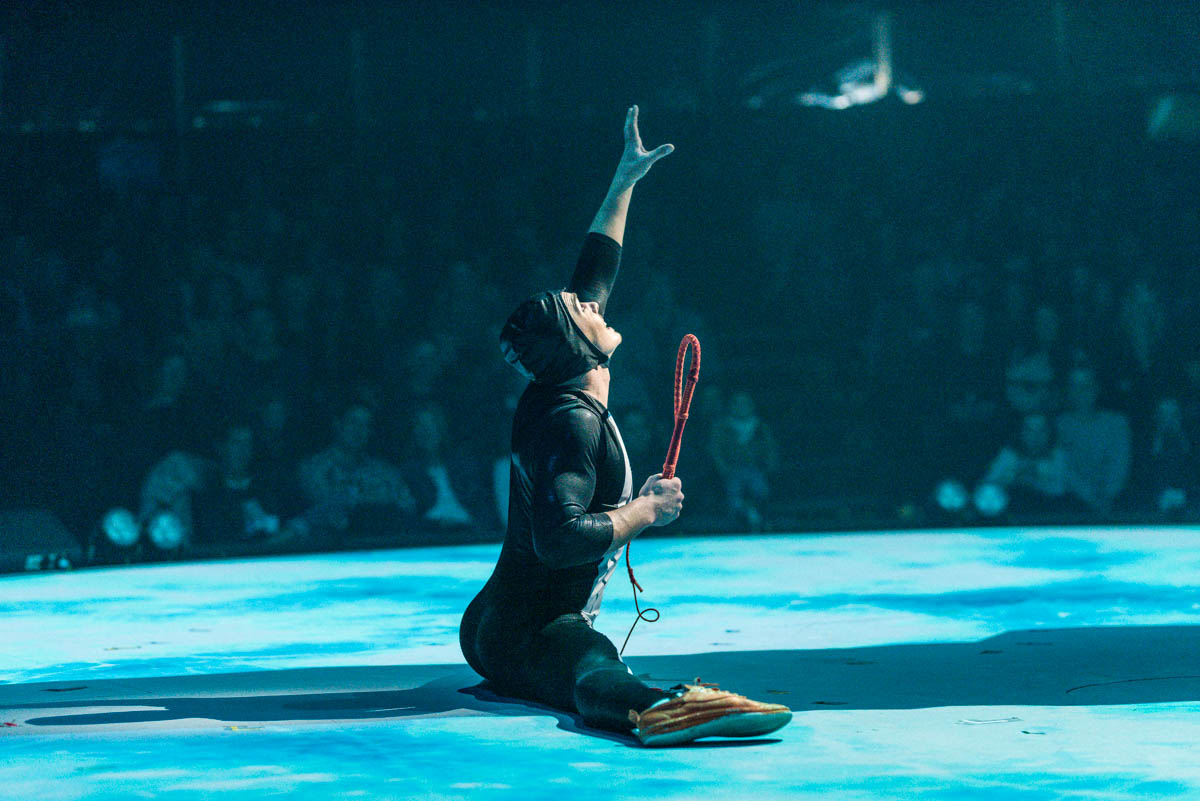 All the cast will have you stargazing. I always say: pick your favourite and watch them in every scene. That way, you get to marvel at their range, depth, and facility. The use of space is great as ever, up high, falling, on trapeze, across table tops, in partnerwork – this show provides all that we love about running away to the circus.Its’ so exciting, enthralling, death-defying and thoroughly engaging.

Colourful digital projections from Dans Maree Sheehan are worked in as set device which supports the storyline as an arctic floor that splits when characters are heavy handed. It also cleverly depicts swimming fish that swim below the heavy ice which mesmerise and entice the Bear and crew of penguins.

The show has evocative and lively musical accompaniment played by hip Jeremy Hopkins on vocals and drums with gorgeous Messinis in her white tuxedo jacket on keyboard and saxophone who strut their stuff just to the side of the stage as well as on it, waltzing between scenes, on the stage, amongst the performers and, also, amongst the audience in their seating. This is old-style street theatre where the drummers and singers mingle with the crowd, turning up the volume to enhance the drama of the performance, and is thrilling and fun-filled as is the tenor of the company. 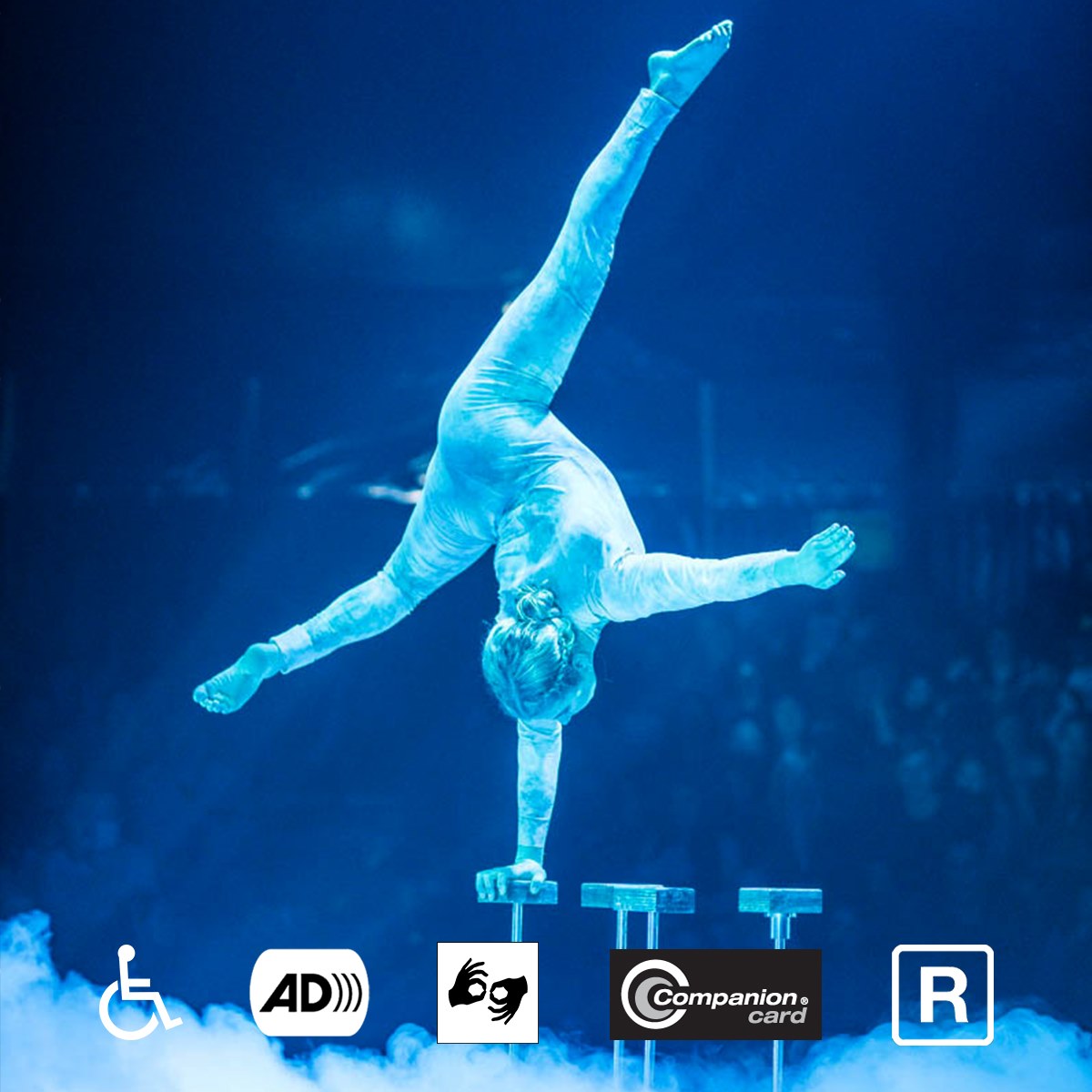 The company recreate the old-fashioned, quintessential circus Big Top atmosphere, with blue, red and yellow tents, tiered seating, popcorn sales on the floor, and a pop up kiosk where you can purchase merchandise. Aurora tickets give you a 10% discount on a guided hop on and off tour aboard the Garden Explorer led by expert guides.

The storylines capture your imagination and the miraculous work of the trained cast take you there.  Along with the superb music and lighting which accompanies the cast on their journey, you will be transported out of the troubles of our 21st century world and enter a zone of hope, art, and escapism which will warm your heart and inspire a love of play within you.

Disclaimer: The Plus Ones were the guests of Starling Communications.