One of the world’s best dance companies ever, our own indigenous dance company Bangarra Dance Theatre, celebrates 30 years of production excellence with a triptych anniversary show, 30 Years of sixty five thousand, demonstrating their cultural and artistic depth as well as unique storytelling style. Spanning across an era, 1989 to today, the company with annual output and national tours, educational teaching, and on country facilitation and cross-cultural sharing,  has rich material to select from.

If you have never seen an indigenous dance company’s work- this is a show not to miss and serves as an introduction of the highest calibre. Greater than just mere movement to music, Bangarra Dance Theatre has long brought so much to Australian stages, audiences, and our national consciousness. You get to celebrate it with them through this season. 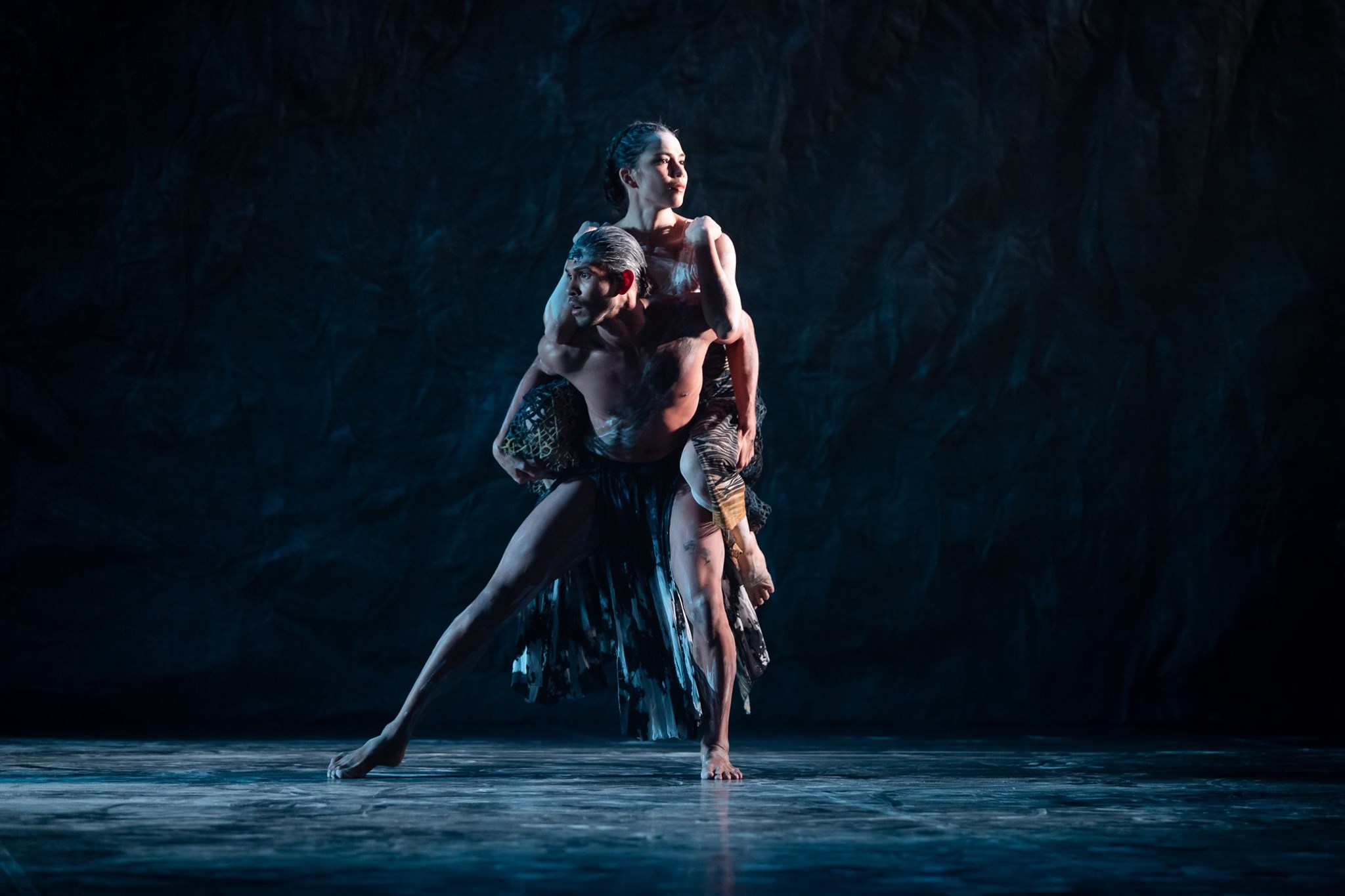 To witness a Bangarra show is to be in the presence of grace and great moment, why they are respected internationally, considered one of the world’s best quality dance arts companies. You will see on stage the company’s special and unique vernacular- their choreographic and dance language, ultra slick professionalism and enviable bodily finesse from company dancers, original musical composition bringing the land’s physical and spiritual presence into the theatre, intense narrative focus, spirituality, and other worldly creativity which will take you on a journey into history, Country, and cultural learning.

Audiences are transported into another realm- a mythical, timeless place, coming from the ancient and recent past, and into an unseeable future with stories drawn from personal biography, documented and oral history, white fella and blak fella communities, with Artistic Director Stephen Page’s refined ability to speak across two cultures-both  indigenous and newcomer. The Director’s vision, insight, compassion, and conception offers healing to audiences across nationalities. Don’t be surprised if you react emotionally to these pieces. 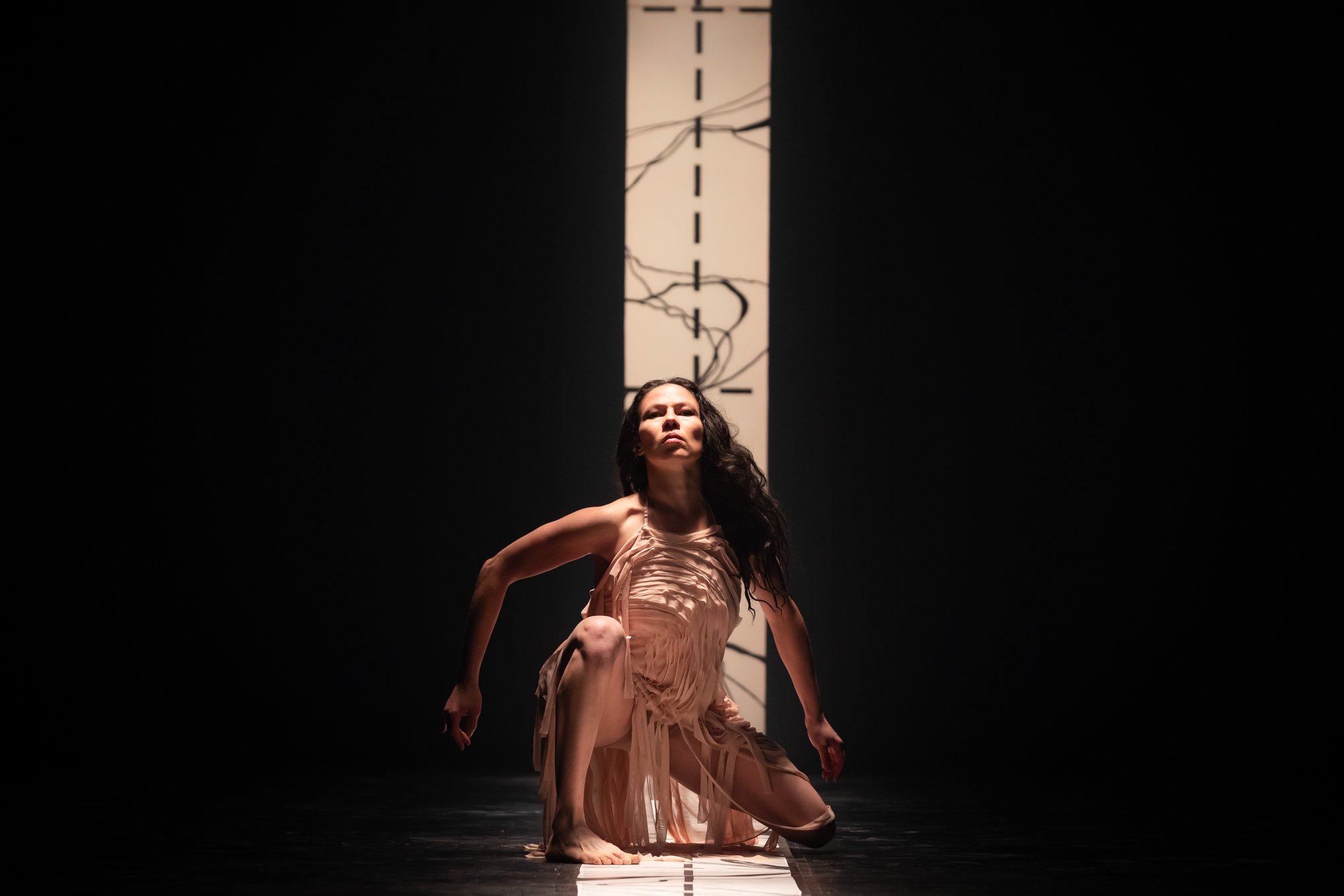 The first work, Unaipon(2004), from former Principal Dancer Frances Ring is a remarkable tribute to the work and philosophical inquiry of the mind of one of this country’s best inventors and writers, the South Australian man pictured on our $50 note, David Unaipon. Former Musical Director, and composer of this piece’s music, David Page creates searingly emotional music full of longing which evokes tears. Rings’ delicate and rich storytelling evokes deeply the internal conflict this Ngarrindjeri man experienced, living between two cultures and conceptual domains. The set and costumes are very much part of the lively storytelling, with constellations depicted on a black backdrop coupled with Dreaming and natural imagery creating a feeling of being in space. Intersections by women in traditional costuming bring the world of his ancestors and spirits into the Western analytical way of thinking and being, reminding us, and protagonist, of the timelessness of indigenous Dreaming and history.

Second work, Stamping Ground, is a world first, with Bangarra’s own indigenous dancers mastering the choreography of one of the 20th Century’s most famous contemporary choreographers, Netherland Dans Theater’s Jiri Kylian. This work was informed from his time in Northern Australia’s Groote Eylandt in 1980, granted special permission to view corroborees and the dance of local Aboriginal and Torres Strait Islander peoples. Heidi De Raad’s streamlined black leotard-like costumes delivers a retro feel to the work, with choreographer evoking the styles of famed 1970s practitioners Twyla Tharp and Pina Bausch. A short film show this exchange as well as community response to his creation. 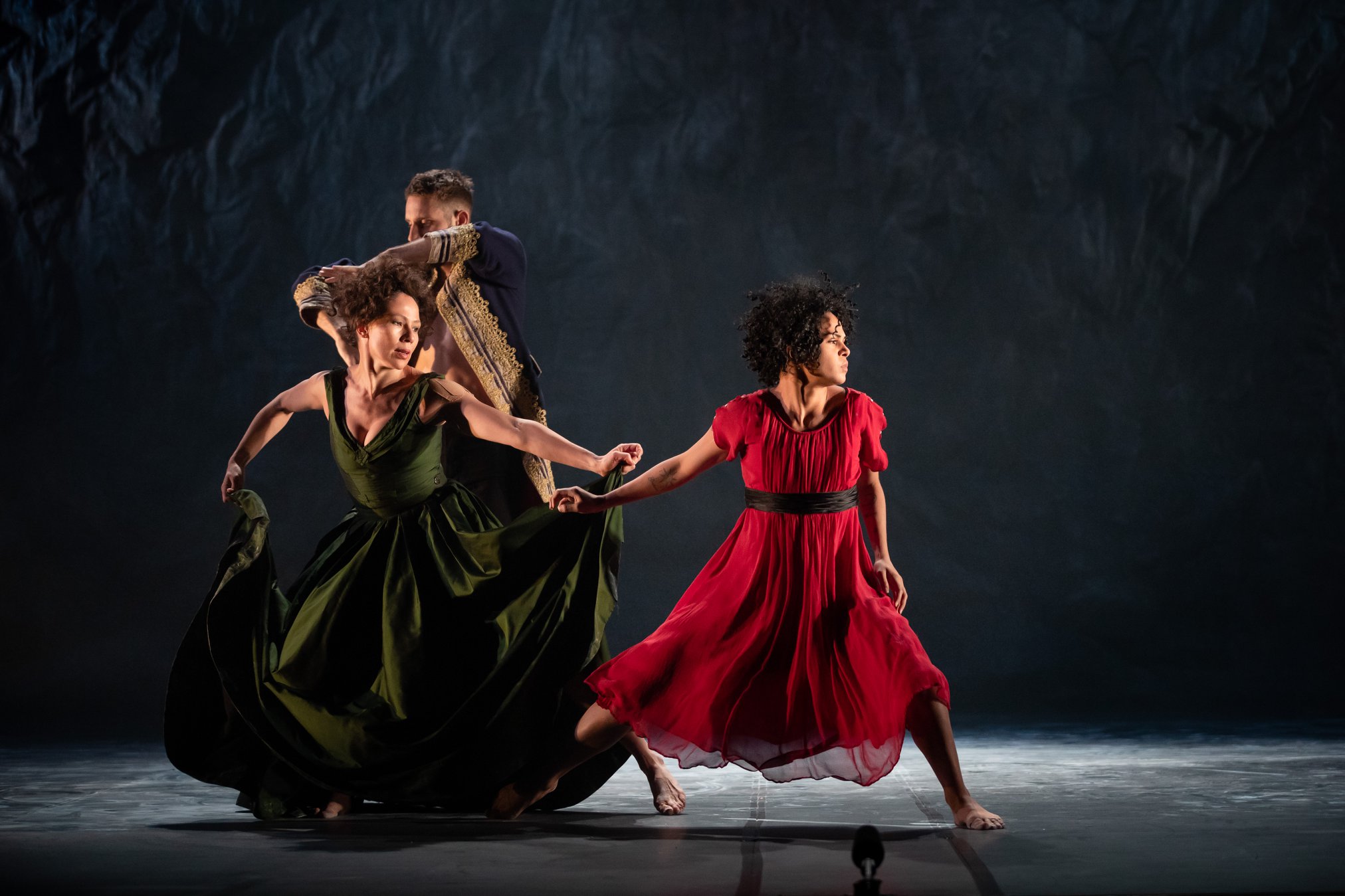 The end section of this marvellous trip back through time and into the bible of the company’s stories, is To Make Fire, featuring 3 worlds- Mathinna(2008); About(2011): concluding with Clan(2002, 2011). Mathinna vividly tells the heartbreaking tale of a Lowrenene Tasmanian aboriginal girl removed from her family and adopted into colonial society. The protagonist’s vivid red dress emphatically frames an excoriating evocation of childhood stolen along with attempts to ‘civilise’ her. About draws on from the northern culture of the Torres Strait Islander people and the spirits of the Four Winds, with choreography from ex-Principal Dancer Elma Kris.

Production qualities are unforgettable. Superb costuming from multiple award winner Jennifer Irwin displays flair, creative imagination as well as Dreaming symbolism in her mind-blowing creations- some of which have gone down in Australian dance history- and have to be seen to be believed. Likewise the imaginative spaces, props and sets created by Set Designer Jacob Nash. This work features some notably known moments of Bangarra staging- the Unaipon elastic string sequence which runs through the dancers bodies across the stage, and the man hanging head downwards from a piece of wood at the start of the To Make Fire triple bill. World class set landscapes are supported by stunningly vivid realms created by Lighting Designer Nick Schliper. 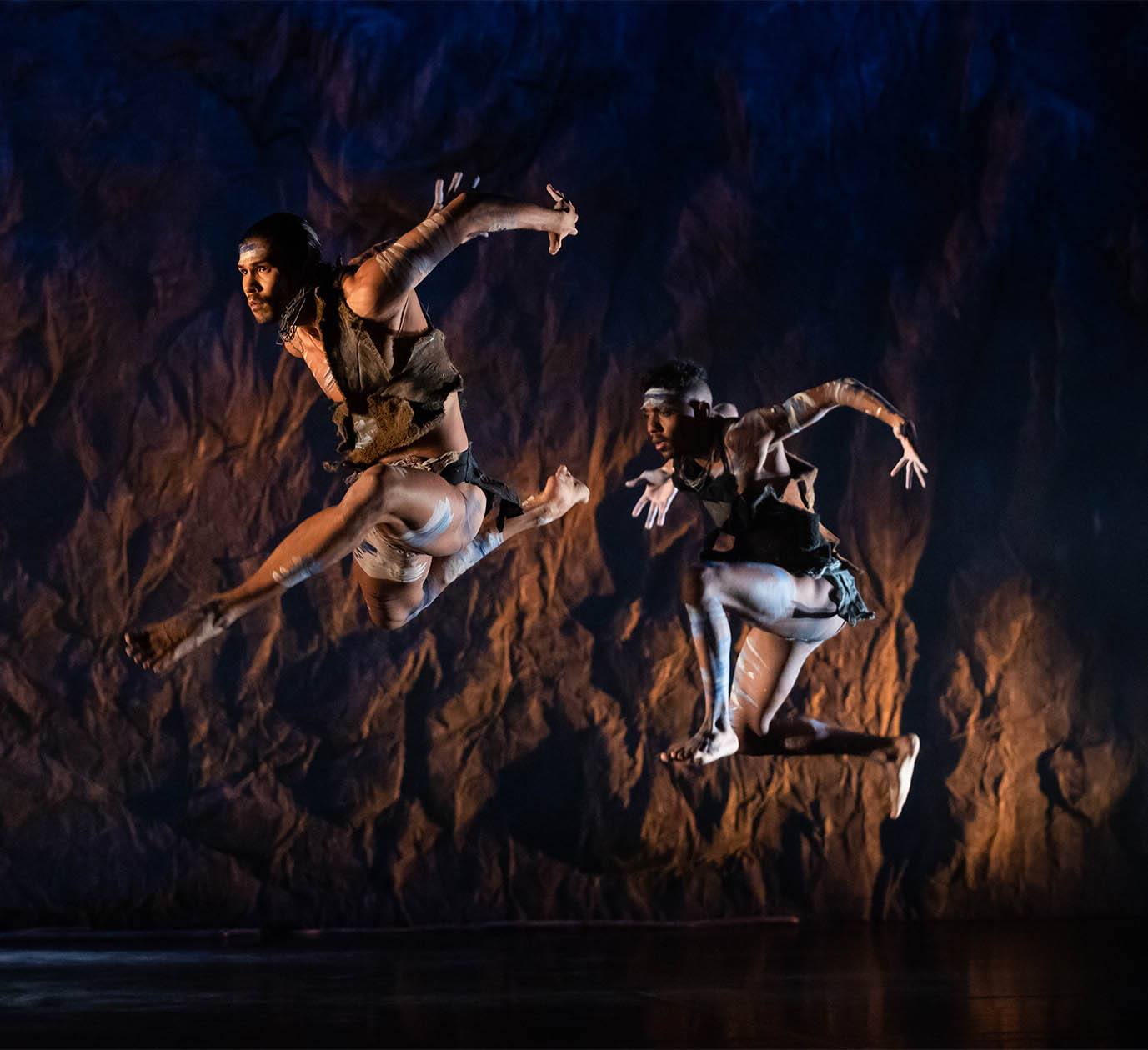 The final series of dances, Clan, by Stephen Page, serve up once in a lifetime creative iconography that has to be experienced. With images of the people living with the land, the beauty and majesty of the land itself, its Dreaming and spirits, their lore and law, the dancers progress us through a wordless procession into ritual space and time which tells an alternative narrative about origins and ownership- First Nations’ right to land, official ‘Australian history’, and of the longtime power and authority of Aboriginal culture and connection to land.

Take a trip through the past told through dance to embrace a better future. 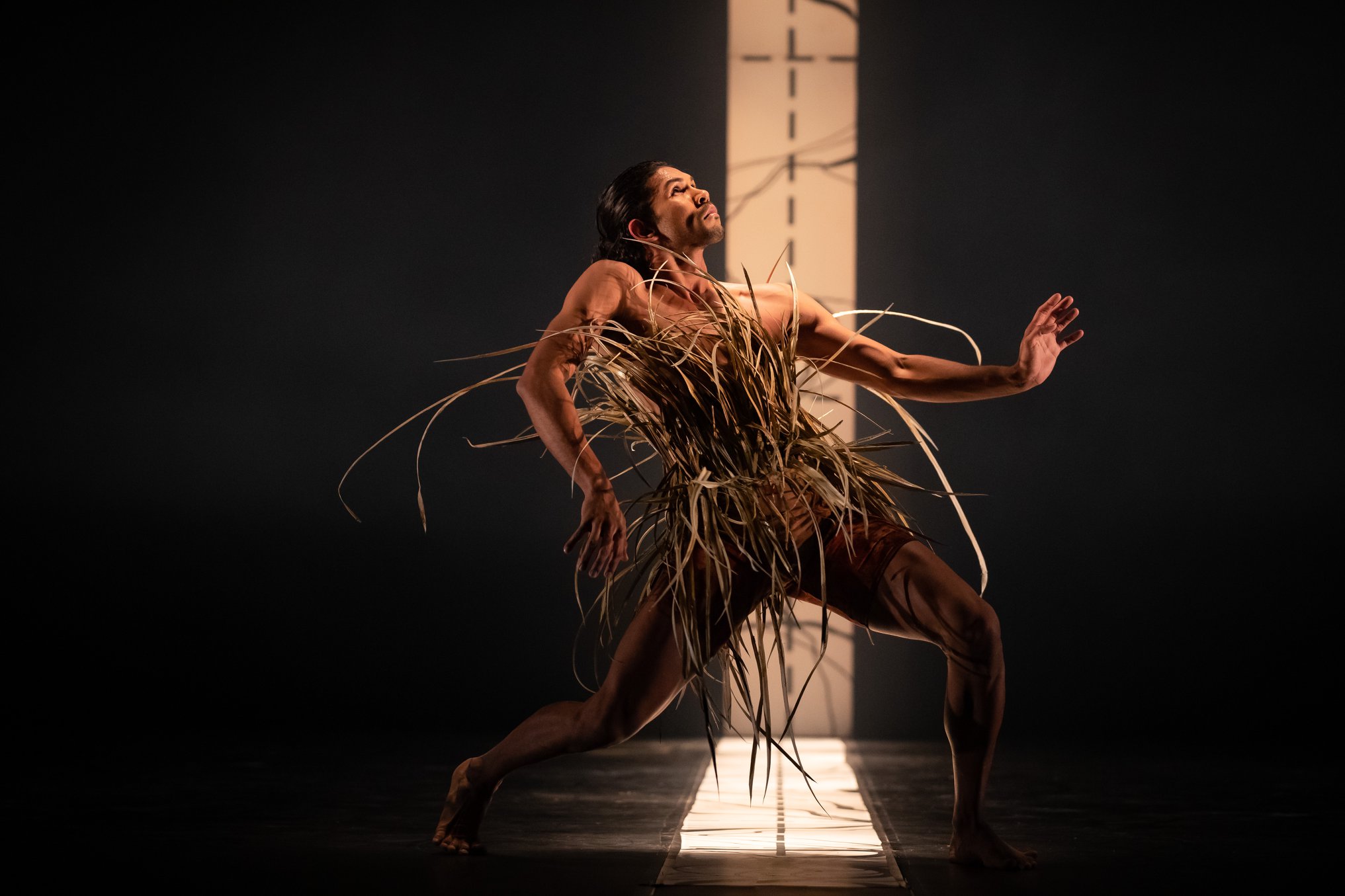 Check out the full tour Program to Adelaide and Hobart with updates here.

Disclaimer: The Plus Ones were the guests of Kabuku Public Relations.