While everyone in Melbourne has heard of a big theatrical production about a certain boy wizard, we’re here to tell you about a new musical in town that deserves to be added to your ‘must see’ list.  Come From Away opened this weekend to tears, laughter, and standing ovations. 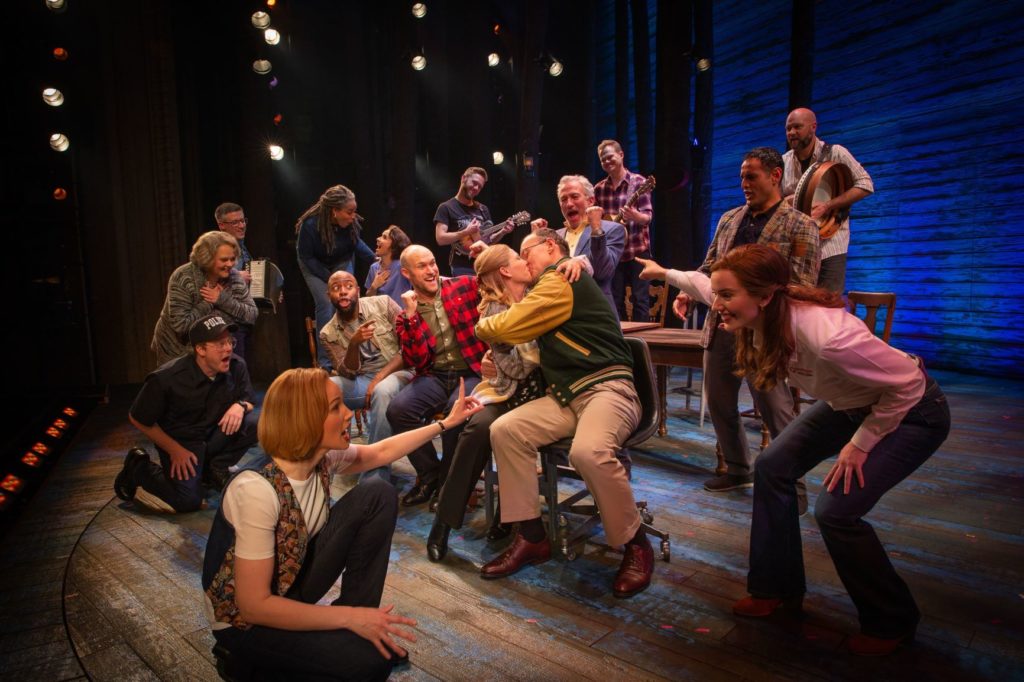 Come From Away is a true story set in Gander, Newfoundland. This remote town of approximately 10,000 residents suddenly found itself host to 6,597 stranded passengers from 92 countries when 38 planes were diverted to the Canadian island following the attacks of September 11. There’s a two person police station, its four hours to the nearest Starbucks, and the “Moose Crossing” signs are plentiful. At a time when the world was gripped with fear and uncertainty, this community opened their hearts and their homes to these unexpected visitors.

The creative team boasts Broadway credits, but Come From Away doesn’t rely on extravagant tech to keep audiences’ attention. The set is deceptively simple (12 chairs and 3 tables to be exact) and seamlessly changes from a plane’s cargo hold to a school cafeteria to a lively bar. The same is true for the costumes, as the actors deftly transition between characters. So it’s the stories and score that shine as the true heart of the show. 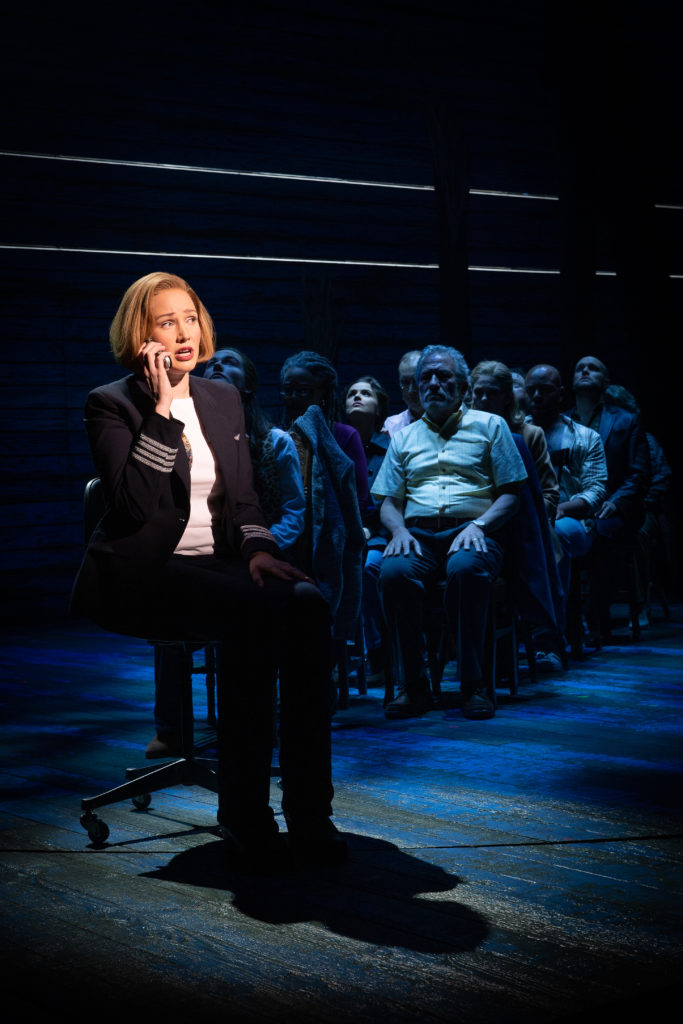 The cast plays both the local Newfoundlanders as well as the ‘plane people’ who have ‘come from away’. The diverse ensemble is comprised of performers of different ages and ethnicities. According to writing team Irene Sankoff and David Hein, the casting reminds us that “at any minute we could be the ones helping or needing help.” The result is a visual representation of people one might expect to find on an international flight (rather than just the appearance of token diversity.) And the band’s talents are as varied as the cast. The musicians play a combination of Celtic and world instruments, including a bodhran, bazouki, electric bass, and an ugly stick (to name a few). 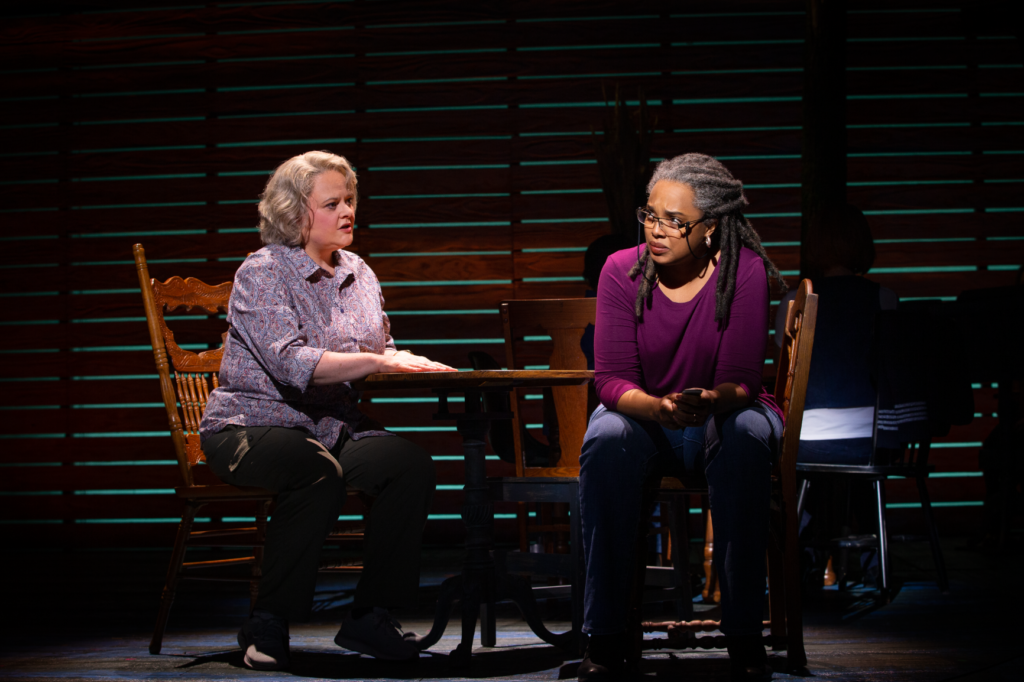 Come From Away is 90 straight minutes of humor, heartache, and humanity. While the show celebrates generosity and kindness, the stories aren’t sickly sweet. We also grieve with the mother of an NYC firefighter, witness the racial profiling of a Middle Eastern man, and are grounded with the first American female pilot. At The Plus Ones, we don’t give out star ratings. But we are giving Come From Away our wholehearted endorsement. This groundbreaking musical about everyday people will restore your faith in humankind.

– Jenny
Jenny S. is an event adventurer. She has participated in arts festivals on three different continents (plus a couple of islands). When she’s not attending live shows, you can find her sampling the latest craft beer or sipping a creative cocktail.
Come From Away is now open at The Comedy Theatre, 240 Exhibition St. Melbourne VIC 3000. Tickets available through 10 November here.

Disclosure: The Plus Ones were invited guests of TS Publicity.
Photos by Jeff Busby, supplied by TS Publicity.

Ukrainian artistry on show in Lehenda and Cheremosh’s Razom: Two Nations, One Spirit.