Sharmini Kumar’s latest original play, The Sisters; or, Galileo’s Penance, is an enchanting hour spent visiting the 16th century lives of the two illegitimate daughters of Italian scientist, Galileo Galilei, in Italy. A pious Roman Catholic, he fathered three children out of wedlock with Marina Gamab, two daughters and a son.

Due to their illegitimate birth, their father considered the girls unmarriageable, posing problems of expensive dowry costs. Their only worthy alternative was the religious life, and both girls were accepted by the convent of San Matteo, living there for the rest of their lives.

The tension and fire between these two is compellingly depicted in this chatty play. We witness the sisters inside their monastery, at prayer and in private conversation, and, at times, it reminds us of two sisters battling in their bedrooms. The bigger battle is about identity and through Kumar’s deft handling we witness women’s struggle to voice who they are. The central issue of Galileo’s championing of heliocentricism and Copernicanism feature in this well-researched show.

Galileo’s favourite daughter, Virginia, played by Jacinta Scadden, is a budding astronomer having spent time guided by her father’s work in the field, as well as in engineering and physics. Entering orders, she took the name of Sister Marie Celeste, living to 34, and is buried with him in Florence. She is a devoted child, praying daily on behalf of her father. Scadden brings to life for us the prototypical nun- quiet, self-contained, religiously bound, and anti-conflict, her voice is light and delicate, her face as still as a pond reflecting delicate mood changes. 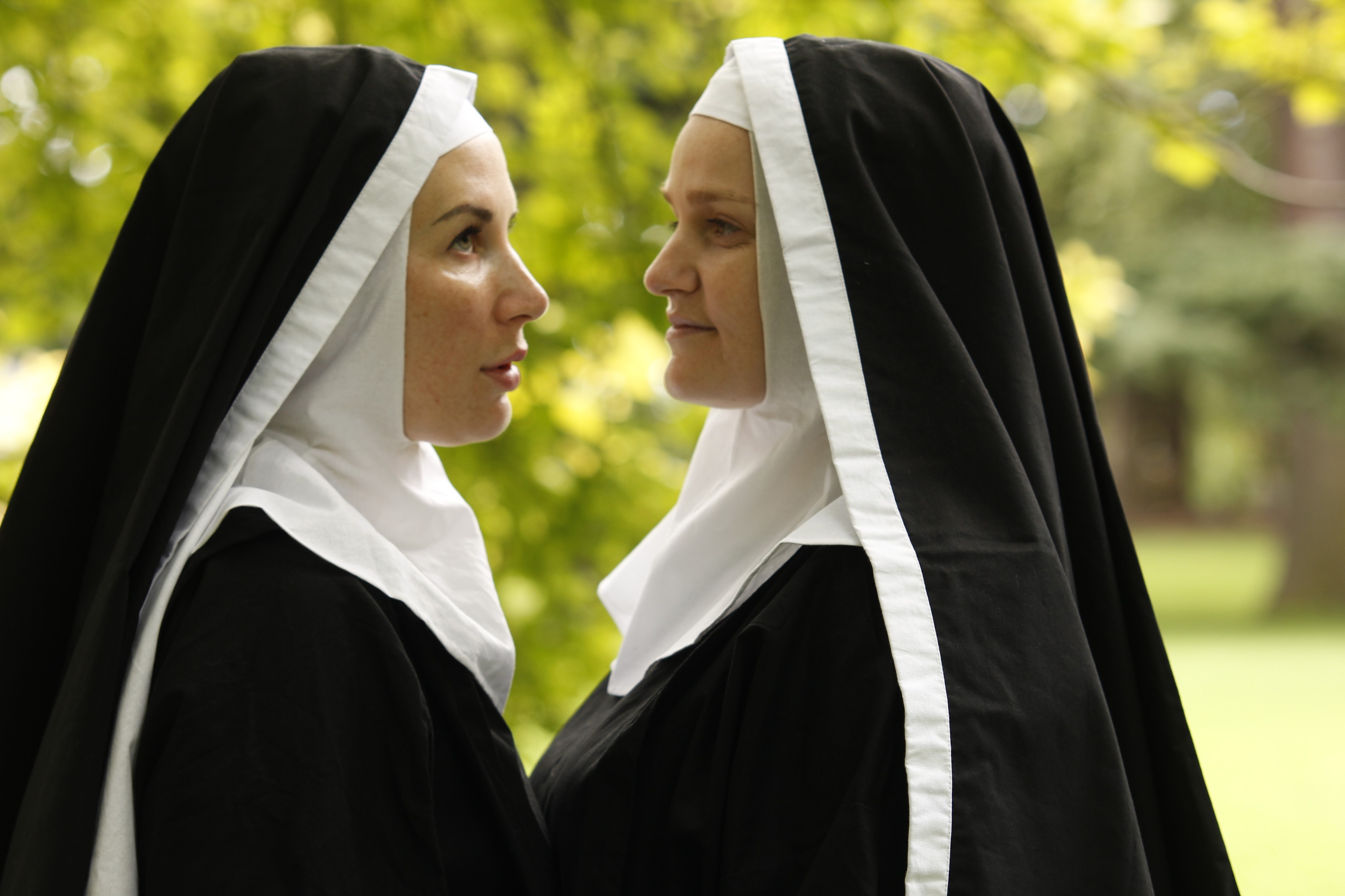 The second sister is her less scholastic opposite, Livia, brought to life with deep verve by Danielle Robinson. Robinson is compelling. Her voicework reveals great depth, colour, and timbre, as well as with enlivened facial expressions, she’s hard not to watch, possessing a similar quality to Rachel Griffiths who has the ability to appear both ordinary and iconic. Livia took the religious name of Sister Arcangela and suffered lifelong physical ailments. Fiery, impassioned, reacting from an emotion response to Galileo’s rejection of them both, Kumar’s story sees Livia challenge her sister’s piety in relation to indulgences and prayers she enacts for celestial intercedence for her father. Angry at his seeming abandonment, she fights for paternal recognition and embrace which doesnot come.

Louise Peter’s period music in the show is noteworthy, featuring the warm inner notes of woodwind. It evokes the still, private lives these women would have experienced in the closeted yet specialised world of the convent. It’s little known that Galileo was the son of a lutenist and was an accomplished musician himself.

Kumar is a prolific Melbourne based writer and founder of theatre and film company 24 Carrot Productions. The author of original and inspiring new works since 2011 such as Shakespeare In Therapy, The Margins Of Persuasion, Two Gentlemen and The Complete Works of Shakespeare, and 2018’s inaugural Austen Con,  her plays explore sacred literary territory with a contemporary mind.

Whilst playing with the classics she renders historical works and times interesting for contemporary audiences with pertinent feminist questioning.

Kumar brings women’s stories, and the politics of being female, centrestage.  She succeeds twice over- writing and staging original Australian plays, while bringing to light the lives, experiences and stories of women characters, still alarmingly absent from history and the written record.  This work is an vibrant, well acted premise that excites and intrigues.

Disclosure: The Plus Ones were guests of 24 Carrot Productions.

The Sisters, Galileo’s Penance, Sharmini Kumar, The Butterfly Club, The Plus Ones, The Plus Ones Melbourne, theatre, science, Christianity,

Save the date: National Celtic Festival 2019