Fun fact – in the 1880’s the Royal Exhibition Building hosted a German beer hall in its basement. Now, over 130 years later, the GABS Beer, Cider, and Food Festival is continuing the tradition of celebrating beer in all its glory. GABS is a highlight on The Plus Ones’ calendar every year and the event has been gaining steam – kicking off in Brisbane for the first time in 2019, followed by three days of merriment in Melbourne before continuing on to Sydney and Auckland. It’s the type of event where you could attend every session and still feel like there’s more to do. 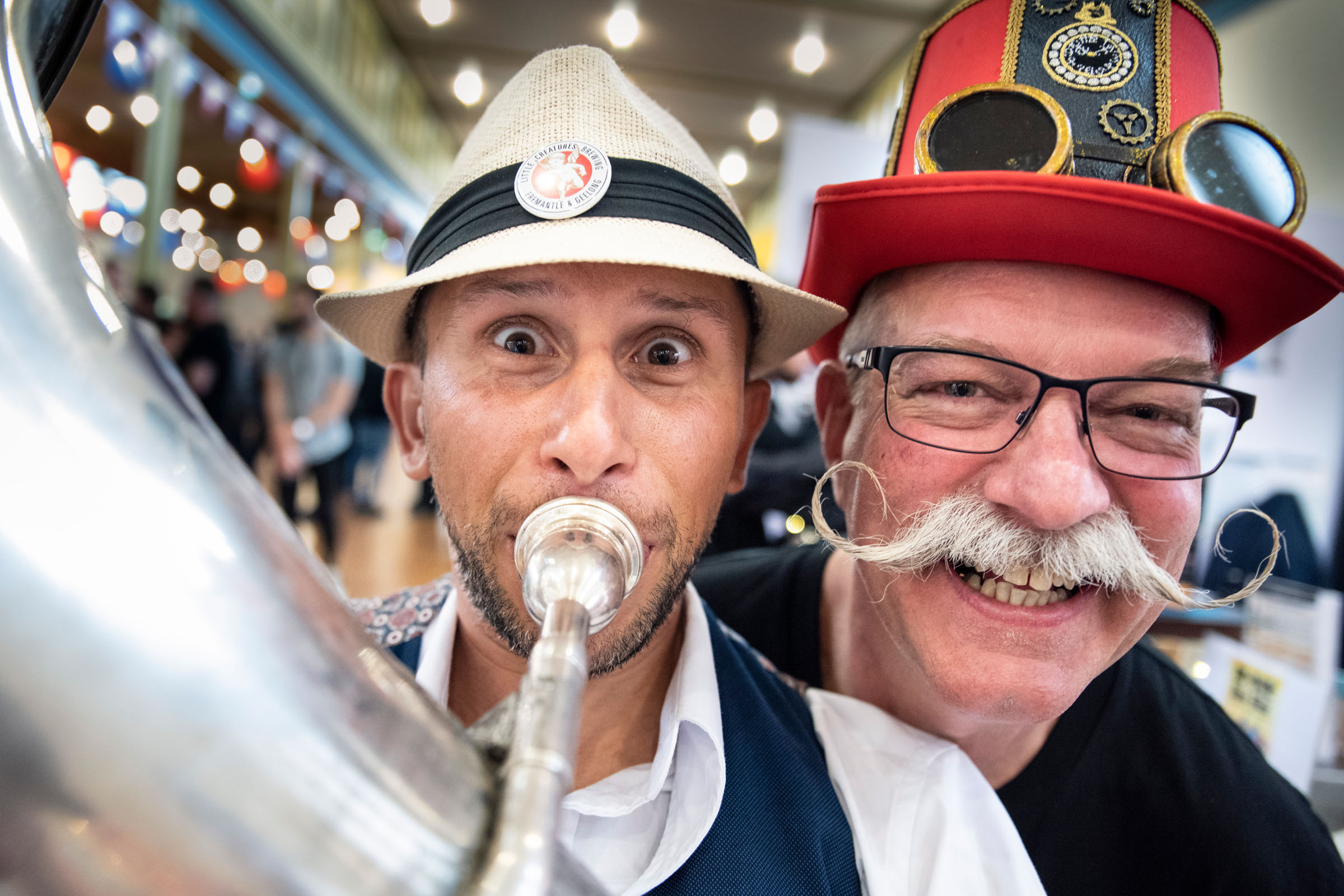 Within seconds of walking though the festival doors, I was greeted with circus actors performing stunts on a unicycle. From there, I climbed up the Dan Murphy’s Discovery Deck for a view of the festival and in pursuit of free beer samples. For festival goers at the beginning their beer journey, the Deck is a great place to discover what tickles their taste buds. There are six different sensory experiences featuring crisp, sour, hop, fruit, roast, malt, and tart & funk flavour profiles. The friendly crew is happy to have a chat and offer up pairings to enhance the experience. (My personal favourite was a dark chocolate truffle tasted alongside classic stout.)

Next I swung by Hawkers’ Box Wars themed stand and filled my festival glass with their award winning IPA. Beer in hand, I prepared to conquer the GABS experience. But where to start? To say I was spoilt for choice would be an understatement. 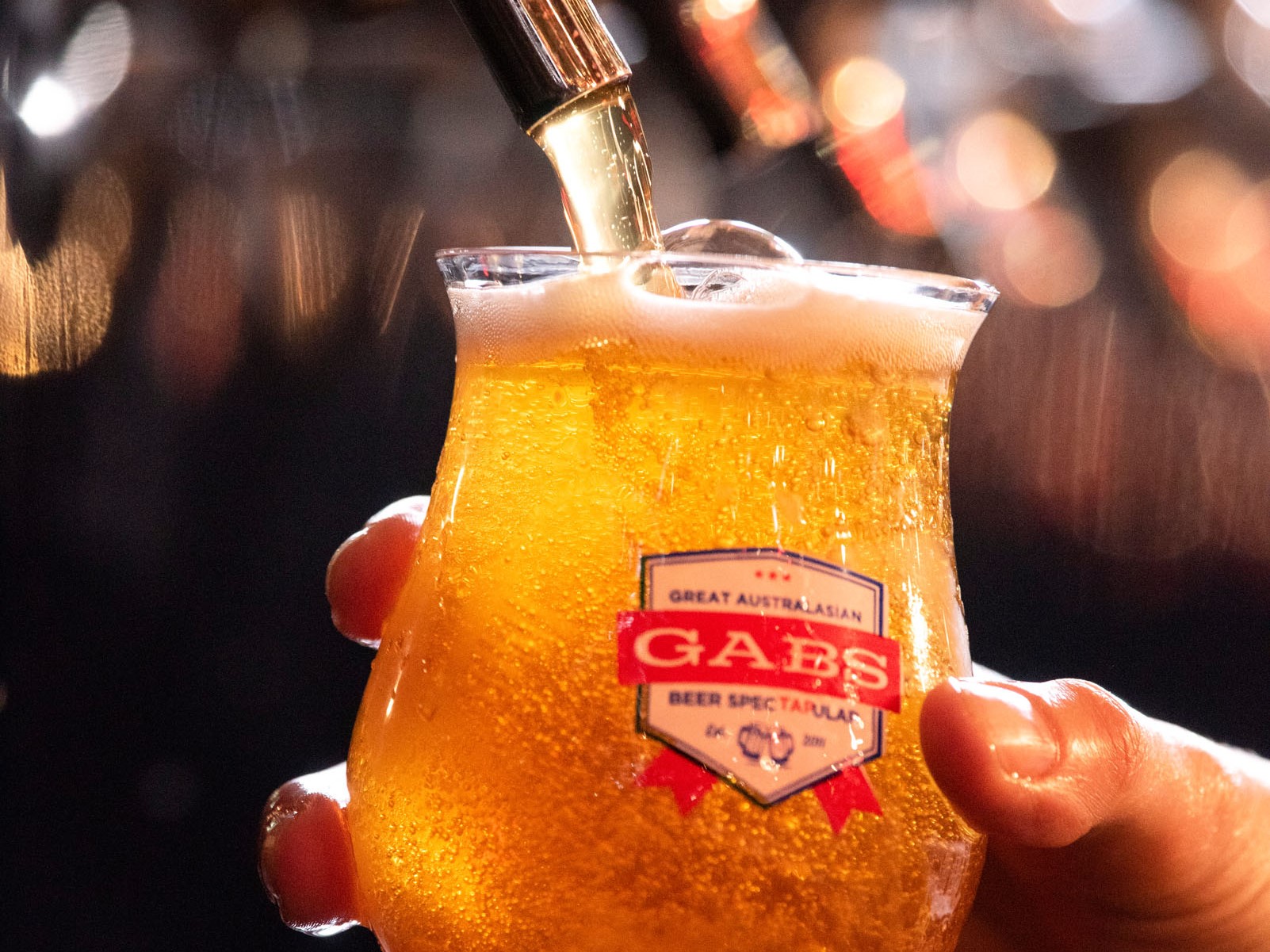 At the core of the festival are 180 new and unique brews created especially for GABS. Although traditional styles are also represented with these new brews, the container bars are the place to go for anyone that loves weird and experimental beers. This year the ingredients included everything from bacon, to vegemite, to edible green ants. And I couldn’t go past the charmingly named snot block – a sweet, creamy beer from Tallboy and Moose inspired by an Aussie vanilla slice. 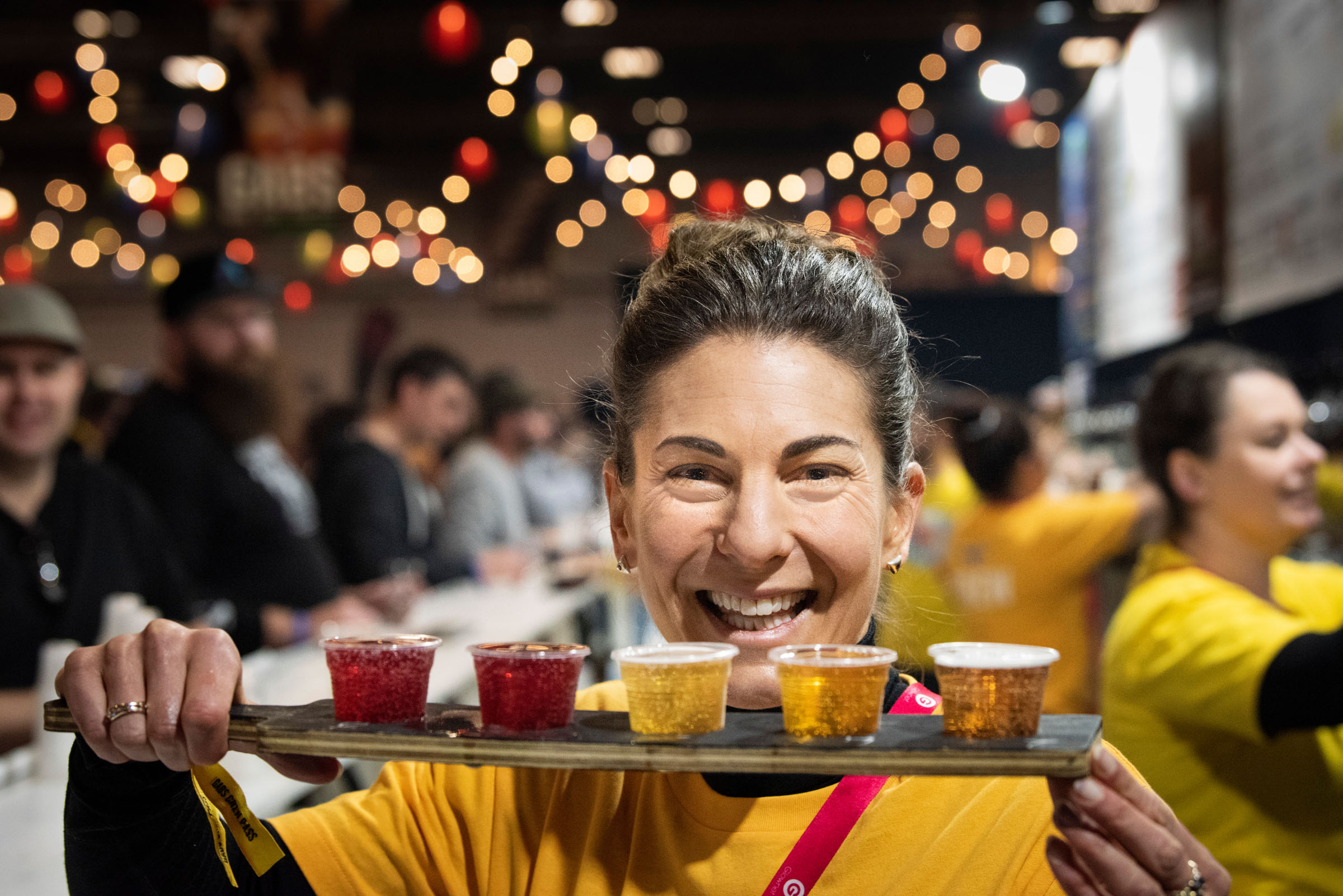 For those looking for a little more structure, the Ariston Food and Drink Experience also offered free guided tastings with themed sessions covering topics like BBQ, boilermakers, and blind tastings.

There were a number of unusual beers available at the festival stands as well. Panhead poured a lot of money into their voodoo themed stand with custom built taps, creepy décor, and an arachnid stout. (Seriously – they made a beer using smoked spiders.) Garage Project floated a photogenic layered beer called the Boysenberry Ripple – a sweet vanilla base topped with a sour boysenberry beer. While Pirate Life served a Mango Lassi Thickshake with fruit aromas you could smell from a mile away. 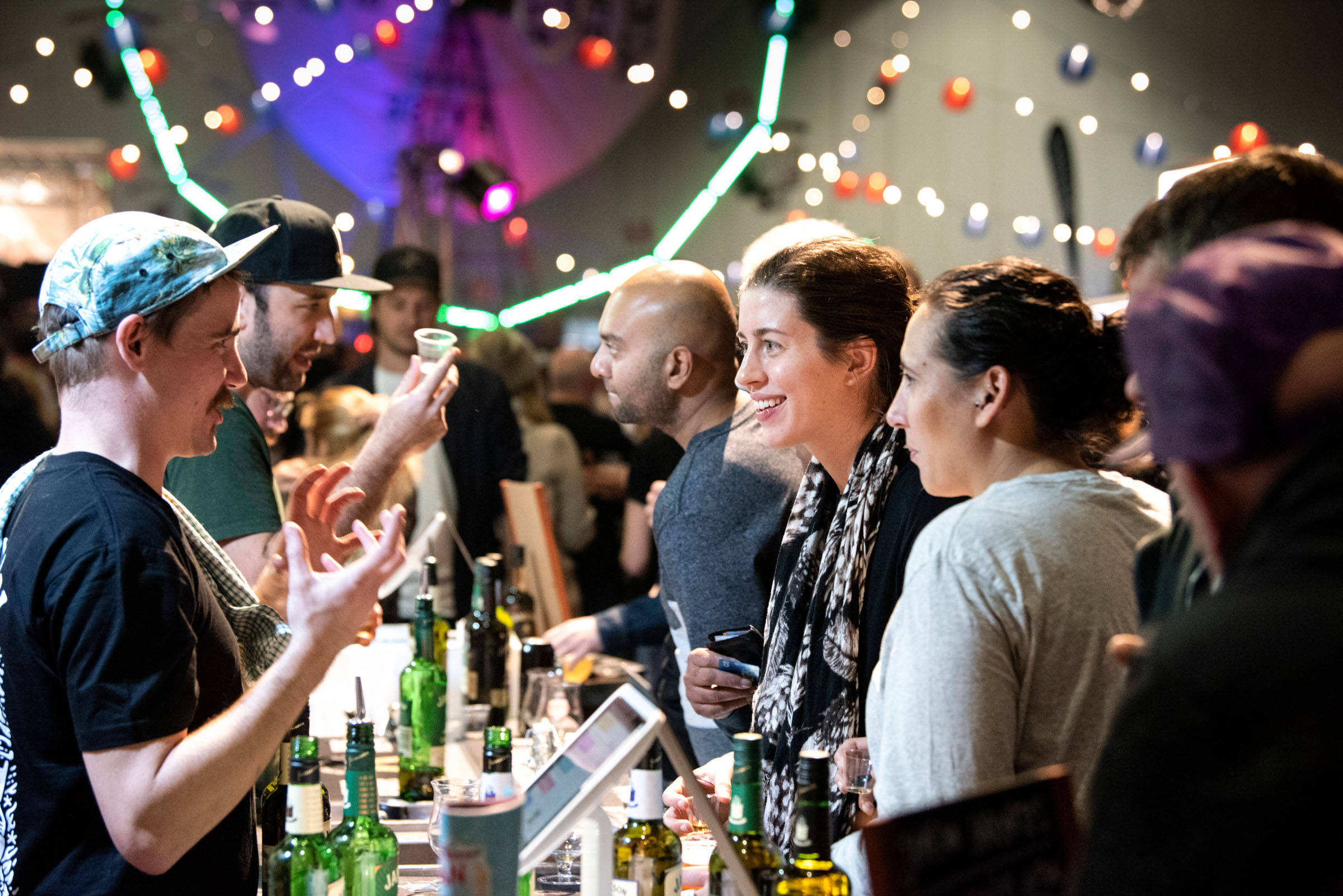 In addition to all the beer offerings, the GABS organisers also provided everyone with plenty of opportunity to burn off the beer they put under their belts. You could hop on a stationary bike at BentSpoke’s stand for a competitive racing derby, take a swing at a giant tinnie-shaped piñata with Balter, or get into the groove at the Stomping Ground silent disco.

Although as someone consistently picked last at sport, I was personally keener on jumping into round of giant jenga, taking a spin on the Yenda Ferris Wheel, and getting a group together to take on Mountain Goat’s scavenger hunt challenge. (I promised there was a lot to do!) 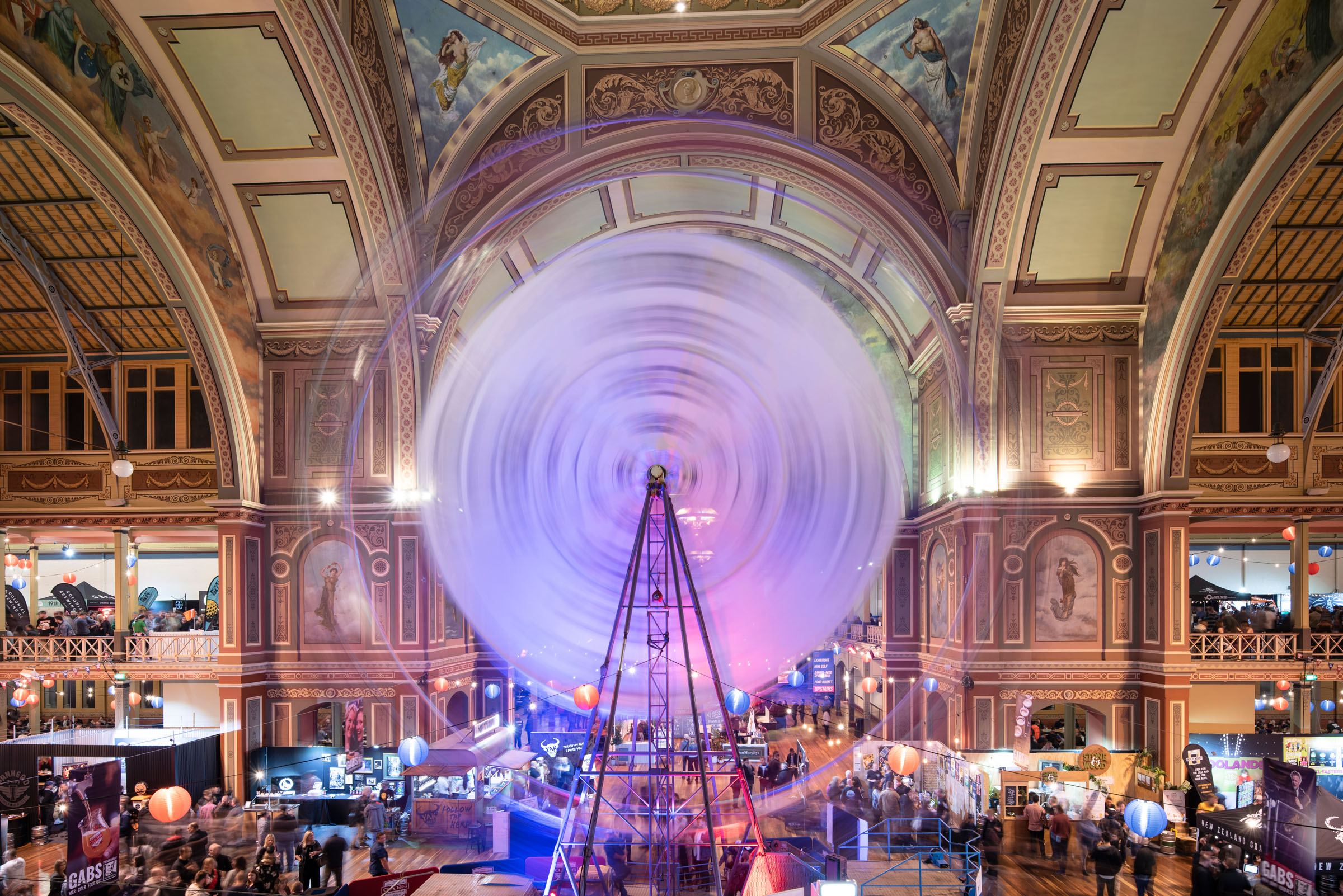 “There’s so much going on at GABS, but at the end of the day, our goal is simple. We want everyone to experience just how fun the world of craft beer can be.” Said GABS Co-Founder Steve Jeffares. “Wherever you are on your beer or cider journey, there’s something to amaze you at GABS”.

-Jenny
Jenny S. loves the magic of fermentation and supports craft beer alchemy.
GABS is part of Melbourne’s Good Beer Week and arrives in Sydney on 1 June then  is off to Auckland for 29 June.

Disclosure: The Plus Ones were invited guests of GABS Festival and Rocket Communications.
Image credit: GABS Festival.

Save the date: National Celtic Festival 2019