Good Beer Week is nearly here and we’ve marked our calendar for ten days of fun, food, and beer fuelled adventures. Hot tip – Good Beer ‘Week’ is nearly a fortnight and spans two weekends in May – and you’d better believe we’re making the most of the biggest beer festival in the Southern Hemisphere.

It all starts with the Opening Night Party. Band Sugar Fed Leopards deliver the disco-party tunes, while brewers and beer enthusiasts alike converge for a night of frivolity. You’ll find the TPO team there, giving out free high fives and raising glasses filled with the festival beers. 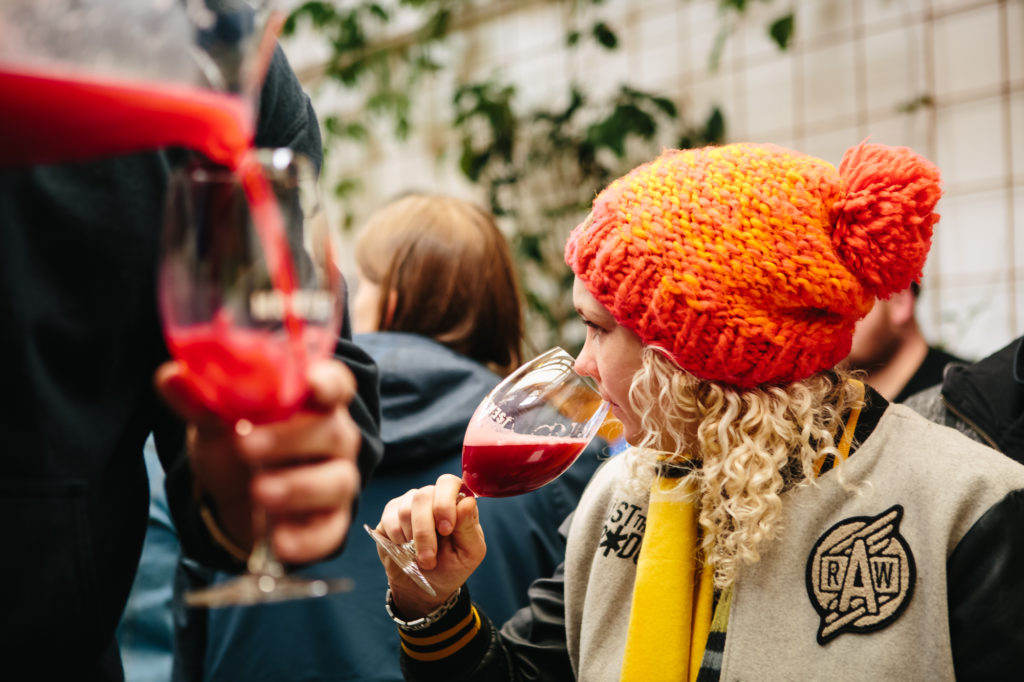 The Brunswick Beer Crawl is an event that promises a fun night out without breaking the bank. It’s a bingo beer crawl that takes you through the back streets of Brunswick to breweries and local craft beer bars in search of prizes. Along the way you can expect to encounter games of cornhole, live music, and brewery tours. The $30 ticket price includes a beer/drink at each venue.

New breweries are opening around Australia at an astonishing pace. Discover something new at New Brew – a casual event offering patrons the opportunity to learn more about start-up craft breweries (for free)! It’s a relaxed, unpretentious way to sample brand new beers and chat with the makers. We think beer drinking is more enjoyable when you know the people and the stories behind the brews. So stop by Beer DeLuxe on Saturday afternoon for your chance to learn (and taste) what’s new in the Australian craft beer scene.

The mad crew at Moon Dog are bringing their signature style to make Good Beer Week history with a Brewery Brawl. Melbourne City Wrestling is storming into Moon Dog’s brand new Preston brewery for a no holds barred wrestling match. Get your first look at the huge new brewery site, packed with huge wrestling talent. 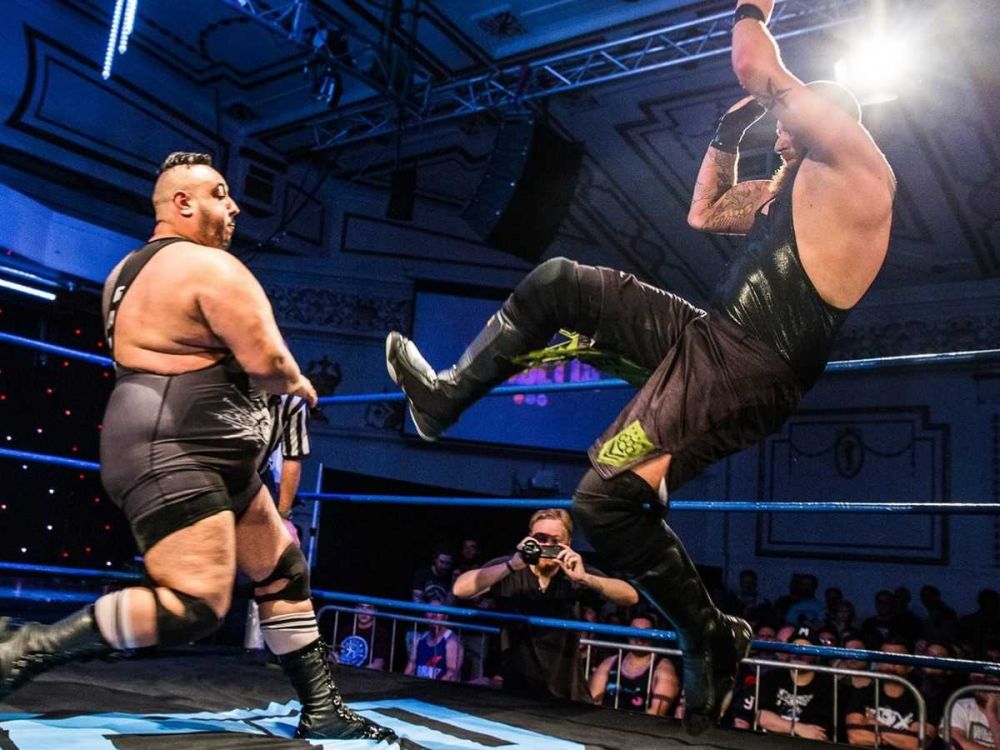 Enrol in Beer School with Little Creatures. For a slick $10 you can choose from introductory crash courses such as Beer 101, Beer & Cheese, or Hops – Flavour of the Week.

There’s a delicious array of foodie events on the menu this year. Tie on a bib and crack into cold beers and crabs at Miss Katie’s Crab-A-Palooza. Get funky with Boatrocker at a Belgian disco pizza party. Test your senses with Two Birds as they team up with Dans Le Noir to serve up a beer pairing dinner in complete darkness. And finally – go big or go home at the Mega Dega VII – a marquee event matching GBW’s favourite brewers with talented chefs to create a one-night-only dinning experience. 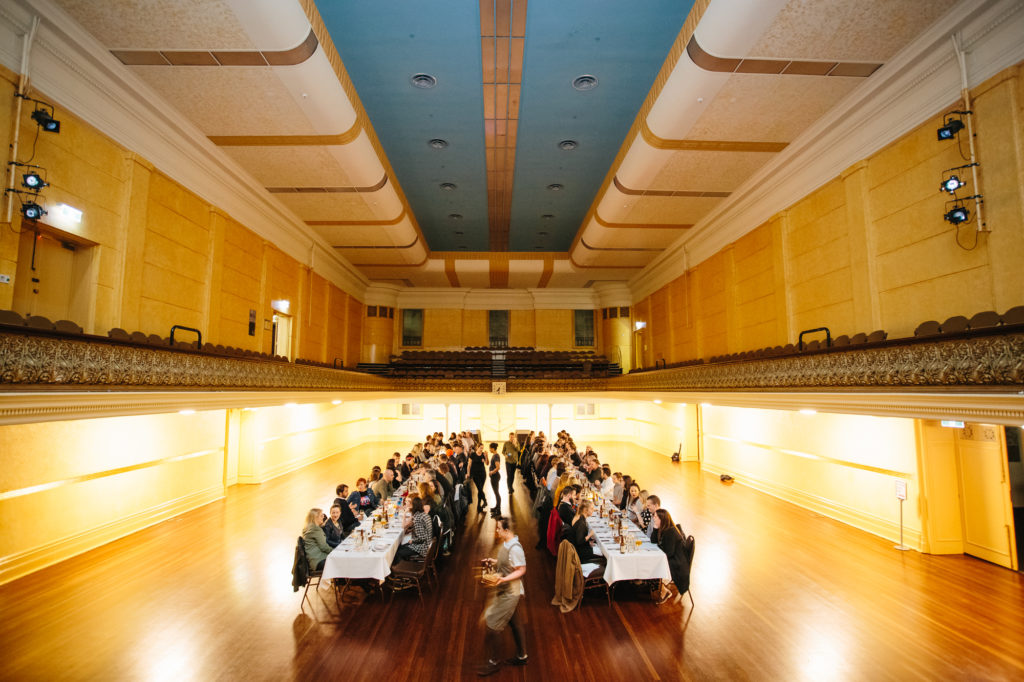 The Brooklyn Block Party returns to Section 8 and Ferdydurke, in New York style. This year you can join a streetball tournament hosted by Bobbito Garcia (NYC) – DJ, radio host, and original member of the Rock Steady Crew. Or grab an exclusive Brooklyn Brewery beer and head to the dance floor. Entry is free. NO SLEEP ‘TIL BROOKLYN! 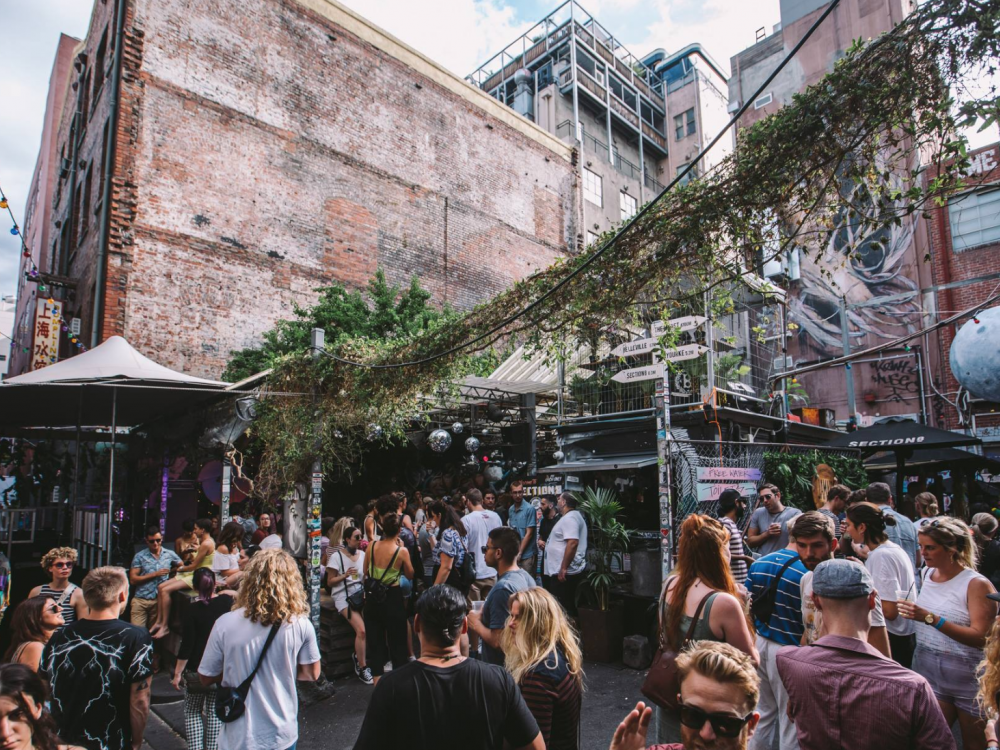 Celebrate Holgate’s 20th Birthday with a trip to the Macedon Ranges Brewhouse. Holgate is a pioneer in Australia’s craft beer scene and they are toasting two decades with a day devoted to traditional cask ales. The event features representatives from six breweries serving 12 cask conditioned ales, tapped at the strike of noon. It’s a day trip on the V/Line or you can make a weekend of it and stay overnight in the historic hotel, right above the brewery. 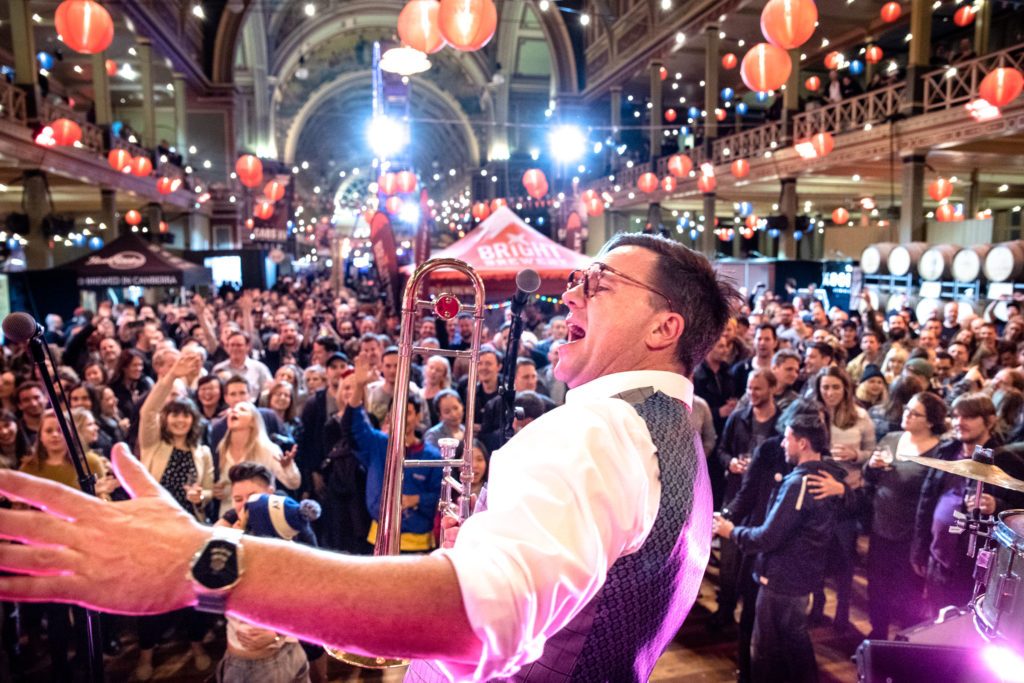 GABS (otherwise known as the Great Australasian Beer SpecTAPular) is a permanent fixture on our Good Beer Week calendar. This festival within a festival takes over the stunning Royal Exhibition Building for three days. There are 170 unique beers and ciders brewed especially for the event. Plus hundreds of more beers will be pouring at the interactive festival stands throughout the building. This year, keep an eye out for GABS Collabs beers – created by brewers paired up with coffee roasters, tea houses, gin and whisky distillers, biscuit makers and an American BBQ smokehouse. Need a break from all the beer? Watch the circus performers, follow the roving Ale Capones house band, get your groove on at the Silent Disco, learn something new at the panel discussions, challenge your friends on vintage arcade games, take a swing at a beer can piñata, or a ride a giant indoor Ferris wheel. “There’s so much going on at GABS, but at the end of the day, our goal is simple. We want everyone to experience just how fun the world of craft beer can be” says GABS Co-Founder Steve Jeffares.